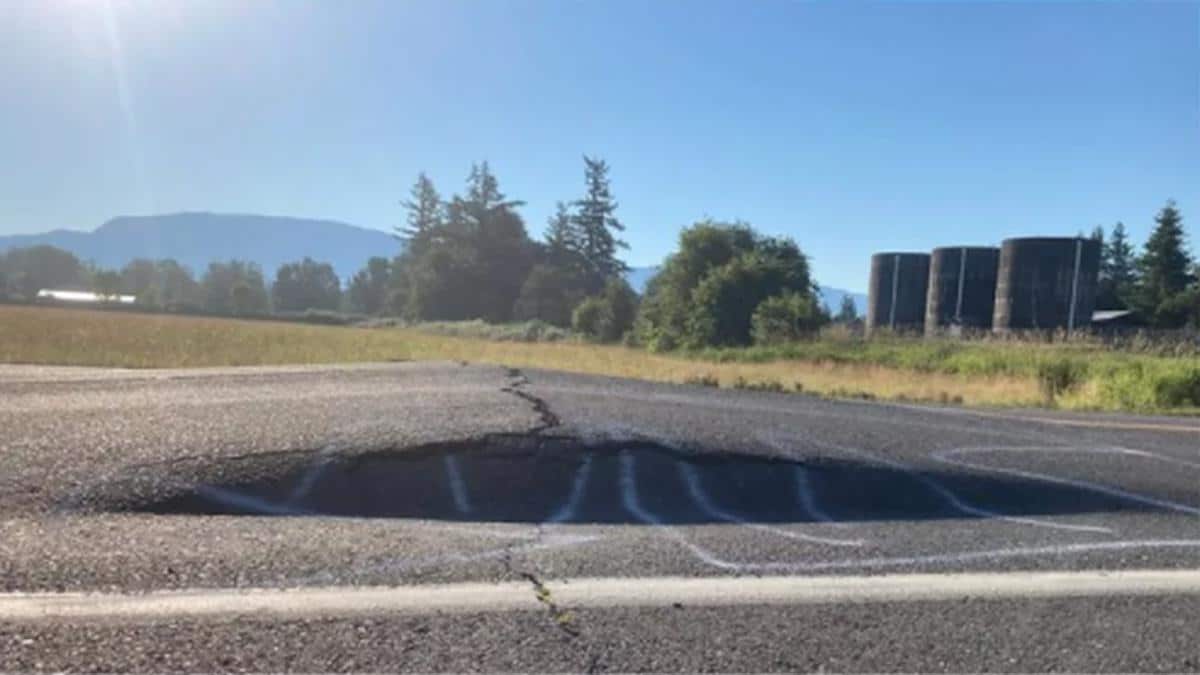 Another day, another cascade of high temperature records broken across the Pacific Northwest as a heat wave unlike any in recent memory continued into a third day.

In Washington, Oregon, and British Columbia, all-time records were broken in many places for the third consecutive day: In Portland, highs topped out at 116°F on Monday afternoon, obliterating Sunday’s record of 112°, which itself was a jump from the historic high of 107° set in August 1981.

Temperatures at Seattle’s Sea-Tac airport were measured at 108°, topping Sunday’s 104°. The effects of 72 hours of extraordinary heat showed themselves in dramatic ways Monday. In Portland, the light rail and streetcar systems were suspended as the grid felt the strain – in some cases, literally, as power cables melted in the sun.

Multnomah County, where Portland is located, reported a spike in heat-related emergency and urgent care visits as residents sought relief. Roads across the region buckled as asphalt and concrete expanded and cracked due to high temperatures; the Seattle Parks Department closed one indoor public pool because air temperatures in the facility were so high as to be unsafe for visitors.

A reminder that Rainier Beach Pool is closed today due to high indoor air temps creating unsafe and unhealthy conditions for participants. (Yesterday’s announcement about floor temperatures causing the closure was inaccurate.) https://t.co/kcEC9tMEvJ

At Amazon’s largely un-air conditioned warehouse complex south of Seattle, some workers were kept on the job throughout Monday, even as others were sent home with pay following reports on Sunday that departments were running “power hours,” encouraging workers to move as quickly as possible for an hour to increase productivity.

Residents experienced scattered blackouts, with around 30,000 outages reported in Washington and Oregon Monday evening. Heat waves kill more people on average in the U.S. than any other weather-related event, and are expected to continue to become increasingly frequent and severe with the effects of climate change.

“We are not meant for this,” Washington Gov. Jay Inslee told MSNBC. “This is the beginning of a permanent emergency… we have to tackle the source of this problem, which is climate change.”