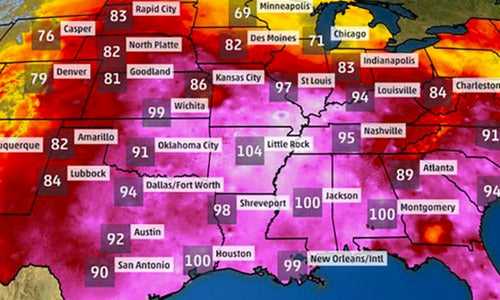 Dangerous and potentially deadly heat will spread toward the Southwest this weekend while continuing to impact parts of the Plains and South.

Some cities have already received record-breaking temperatures this week: 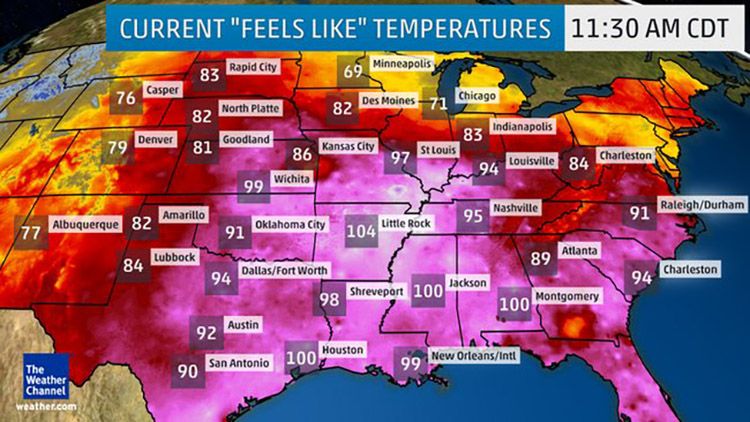 The most extreme heat in the coming days will be in the Desert Southwest where highs could climb to near 120 degrees, including in Phoenix, where it hasn’t been that hot in more than 20 years. The National Weather Service in Phoenix said that heat of this magnitude in their area is rare, dangerous and deadly. Additionally, some cities in the Southwest may get within a few degrees of their all-time record highs for any calendar day in history. 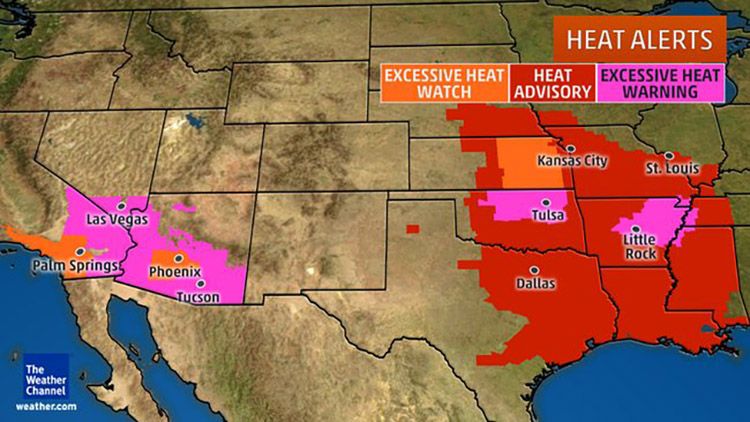 An expansive area of high pressure in the mid-levels of the atmosphere that is taking shape from the central states into Southwest is responsible for the torrid temperatures. When this pattern occurs, the air sinks and warms and the result is very few clouds and extremely high temperatures.

Below are the details on the heat.

Desert Southwest: Hottest in 20+ Years For Some?

High temperatures in the 110s and possibly approaching or exceeding the 120s, will be common in the Desert Southwest starting this weekend and continuing into early next week. Not only that, there won’t be much relief from the heat at night with lows staying in the 80s in some areas.

Here are a few notables about the heat, which could reach levels not seen in 20+ years in some locations. 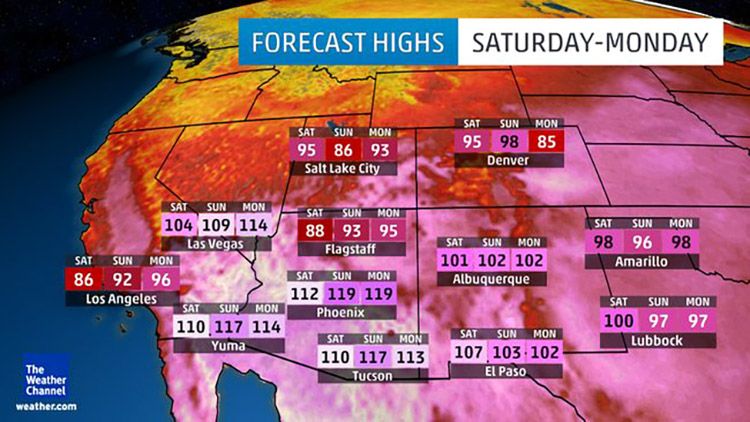 The early part of the summer months (June-August) is when the Southwest typically sees its hottest weather. This is before monsoonal moisture arrives, contributing to the development of showers and storms later in summer.

Parts of Southern California inland from the coast will also see very hot temperatures this weekend into early next week. 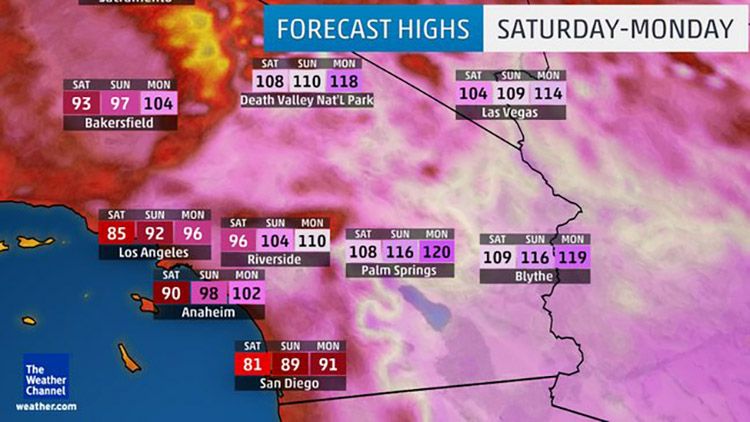 The expansive ridge of high pressure will also continue to bring widespread middle 90s to low 100s throughout parts of the Plains and Midwest at times into this weekend. Hot temperatures will also extend into the Southeast through late-week.

Heat index or the “feels like” temperature, will be in the 105-115 degree range for parts of the Plains and South.

Excessive heat warnings are in effect for northern Oklahoma and the Kansas City metropolitan area through Friday.

Heat advisories have been posted for portions of the central and southern Plains, along with portions of the lower and middle Mississippi Valley. This includes Little Rock, Arkansas and Dallas.

In some cases, daily record high temperatures will be within reach. Here are a few cities that may come within a few degrees of their record high for the day indicated. 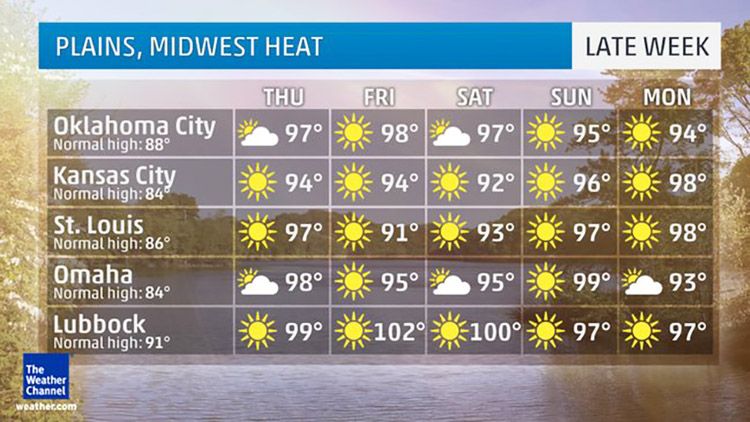 How to Prepare For Extreme Heat

This type of heat can be life-threatening for some, especially if you aren’t adequately prepared. Remember: heat-related illnesses, such as heat exhaustion and heat stroke, are possible under these extreme conditions. If you are traveling with young children or pets, please do not leave them unattended in a hot vehicle.