Extreme Heat and the Border Wall Are Killing People 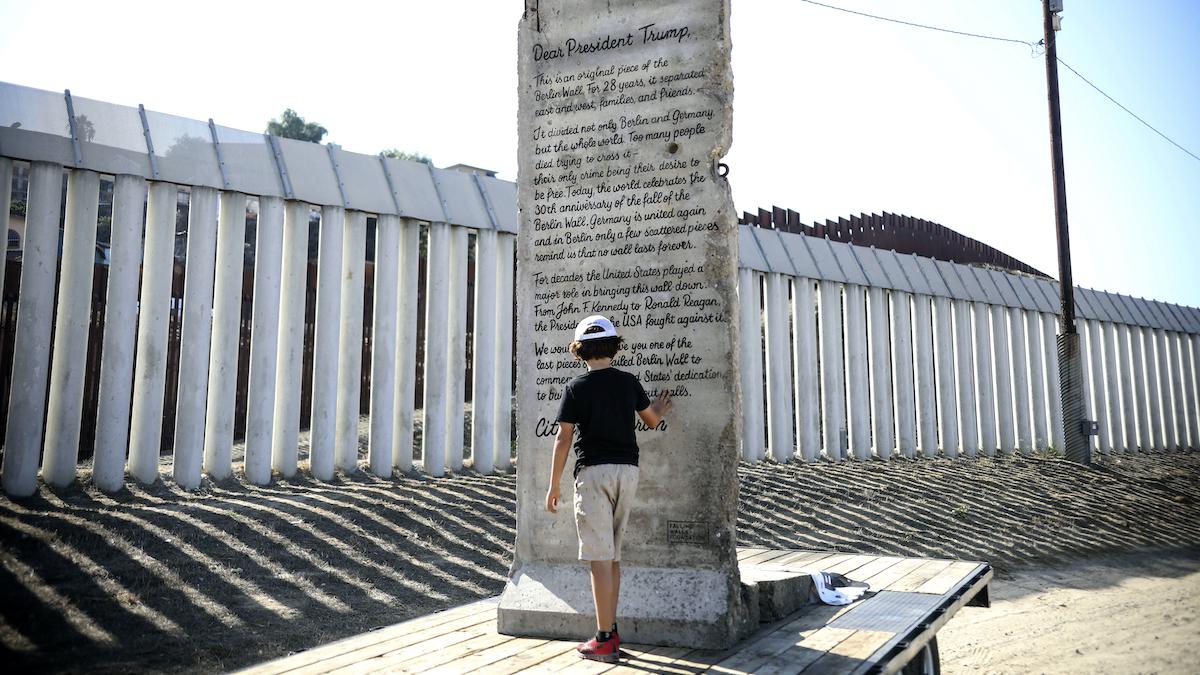 A boy looks at a portion of the Berlin wall in front of the U.S.-Mexico border wall on Nov. 16, 2019 in San Ysidro, California. The 2.7 ton wall section was brought to the border by Initiative Offene Gesellschaft, a group dedicated to promoting ideas for an open society. Sandy Huffaker / Getty Images

The remains of at least 214 people who died attempting to cross the Mexico-Arizona border have been recovered so far in 2020, and advocates blame extreme heat, The Associated Press reports.

The figure is just 10 shy of the overall annual record from 2010, according to the nonprofit Humane Borders and the Pima County Medical Examiner’s Office, which together map recoveries of human remains. This year saw extreme heat — a hallmark signal of human-caused climate change — across the American West. Phoenix, Arizona endured its hottest summer on record with 144 days in triple digits and an average daily temperature around 110°F throughout July and August.

Those months were also the state’s driest on record. Trump’s border wall also likely contributed to the uptick in deaths. “The wall has sent a lot of people to rough terrain in our area,” Santa Cruz County Sheriff Tony Estrada, a critic of the president and advocate for greater compassion in immigration policy whose jurisdiction includes Nogales, Arizona, told The Associated Press. “It’s like driving livestock into a canyon where they ultimately die.”

In southern Arizona, No More Deaths and similar humanitarian groups leave water jugs and other provisions in remote places. The group gained national attention when one of its members was tried and acquitted last year of harboring migrants.

“These people will keep coming because most of them have nothing back home,” Estrada said.