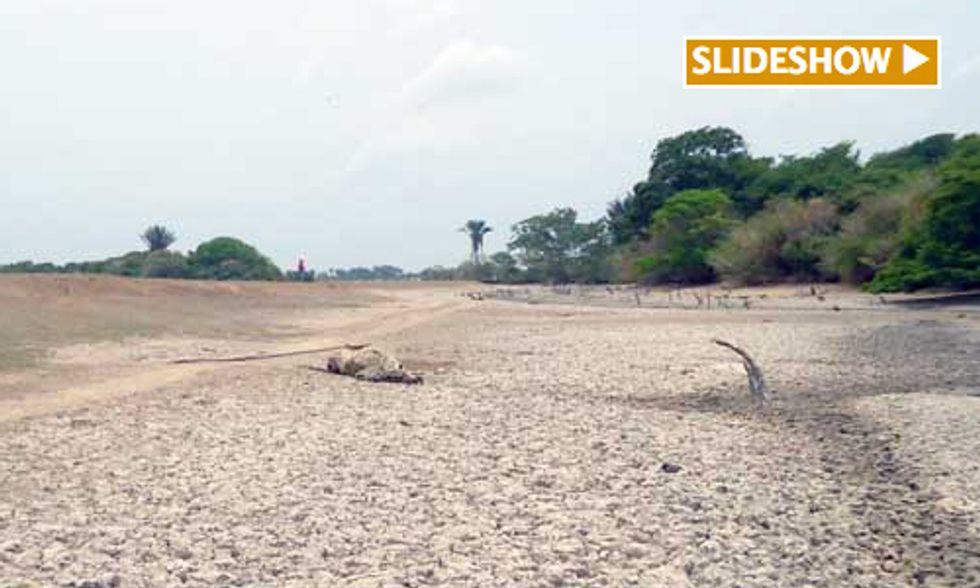 On World Water Day, March 22, Colombian news reports were released with horrific photos of scores of dead wildlife. A devastating drought has created an environmental crisis, threatening public health and killing more than 20,000 fish and animals in the Paz de Ariporo municipality of Casanare, Colombia. This water shortage rings the alarm that we need to adjust environmental policies regarding our water resources from the local to the international level.

The three Waterkeeper organizations in Casanare, Colombia—Rio Meta Waterkeeper, Rio Pauto Waterkeeper and Rio Cravo Sur Waterkeeper—have spent years fighting for access to clean water as a basic human right, advocating for industry compliance with Colombian law and educating citizens about the detrimental effects of industrial hydrocarbon exploitation, and the uncontrolled expansion of thirsty agriculture and livestock industries at the expense of small farmers, rural communities and the environment. It is clearly time for Colombian environmental policy and institutions to be strengthened, and for all world citizens to reconsider placing economic interests, dirty energy and unsustainable technologies before the environment and our public health. Global water resources need to be a priority in all political and policy conversations, and as citizens we need to organize our communities to defend and conserve our water.

The Orinoquia region of Colombia is seasonably vulnerable to environmental pressures because it is an expansive savannah with submerged wetlands during the wet season, April to December, and desert-like conditions with temperatures consistently above 100° Fahrenheit from January to March. Historically, the principal industry is cattle farming, and it is rich in wildlife, including rare animals like capybaras, as well as turtles, alligators, foxes, jackals, wild pigs, deer and many species of fish.

The last three months have brought one of the worst dry seasons in Colombia’s history, drying up the reservoirs that already handle excessive demand from cattle farms, exploratory oil drilling and exploitation, and unsustainable land use for commercial crops. We are now seeing the devastating consequences of these unregulated industries, with widespread loss of wildlife from dehydration.

Public statements that this is an abstract consequence of climate change are simplistic and do not attribute responsibility to the multinational industries directly causing environmental damage through water overuse and indirectly by contributing to greenhouse gas emissions as evidenced in the new IPCC report Climate Change 2014: Impacts, Adaptation and Vulnerability. As Waterkeepers we are calling on the Colombian Ministry of Environment, Ministry of Mines and Energy and National Authority of Environmental Licensing to fulfill their legal responsibility to prevent large-scale environmental disasters and protect public health and key ecosystems.

The experience of the Waterkeepers in Casanare has provided insider knowledge that responsibility for this environmental disaster is multifold:

In addition, the situation rapidly devolved into an environmental emergency because of the following institutional failures:

Clearly, an environmental disaster of this magnitude has several causes, as our ecosystems are delicate, complex and interconnected. It is important that we use our developing knowledge of climate change in assessing and improving our current economic and environmental strategies from the local to the international level. To effect real change we need to pressure the appropriate governmental bodies to hold the oil, agriculture and livestock industries accountable, and to protect their citizens.

As one community leader said, representing the widespread sentiment in the community, "There are several oil companies intervening in this area and they do not respect the people living here and our customs for conserving the ecosystems we depend on. They give us no explanations, the government awards them environmental licenses and no one is considering those of us living and raising families in this area.”

Today, climate change strikes Casanare, Colombia with extreme drought and thousands of wildlife deaths. Nearly every month we hear of another environmental disaster caused by extreme weather events around the world.  If we do not heed recommendations to adapt our behavior and mitigate the disastrous consequences of climate change immediately, how many will be affected tomorrow, and where?