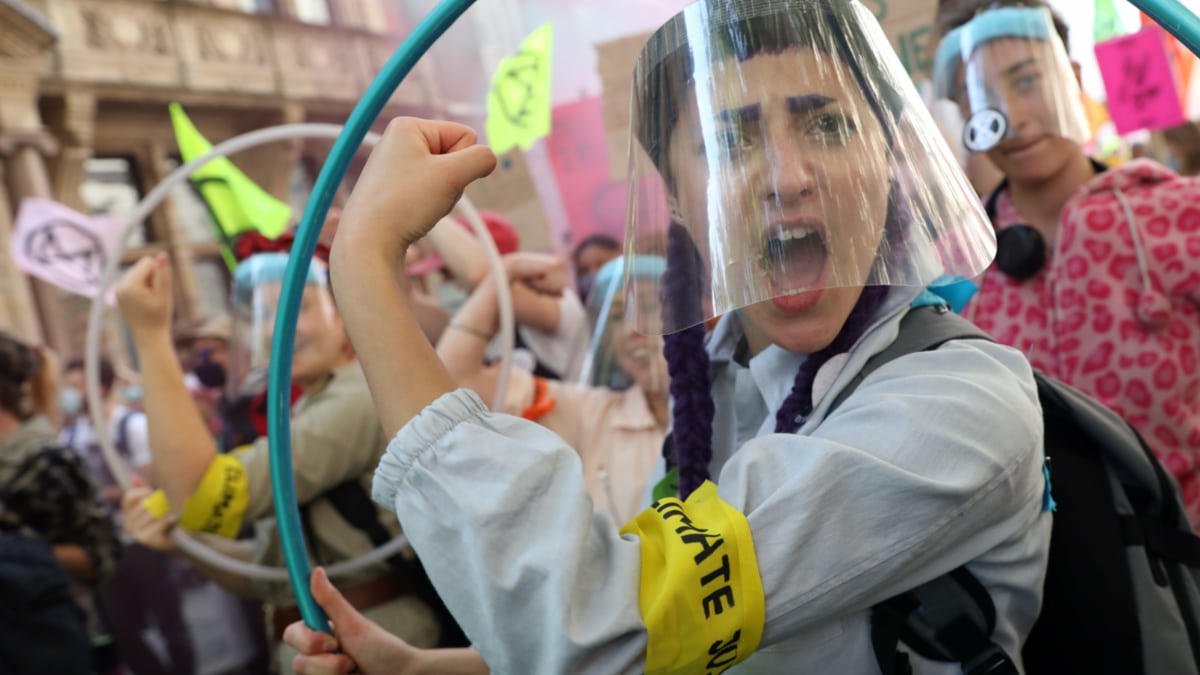 Activists from the climate protest group Extinction Rebellion wear PPE as they perform during a march through central London on September 1, 2020. Isabel Infantes / AFP / Getty Images

After a coronavirus-induced hiatus, the activist group Extinction Rebellion (XR) is back on the streets of the UK demanding action on the climate crisis.

The group kicked off 10 days of planned civil disobedience on Tuesday with protests in London, Manchester and Cardiff, The Guardian reported. The London protest ended in Parliament Square as the UK’s legislative body returned from its summer recess.

“The government is failing to do what’s necessary to keep people safe. We are here, taking action, because their criminal negligence is putting lives at risk,” Extinction Rebellion said on its website, Reuters reported. “We refuse to be bystanders and wait for this emergency to push beyond the point of no return.”

The CEE Bill was written by a coalition of scientists, lawyers and activists determined to advance UK climate policy beyond its current goal of reaching net zero emissions by 2050. Instead, it would require a climate plan that would:

Before a cabinet meeting, he told senior ministers that he planned a green recovery from the economic toll of the coronavirus pandemic.

The planned disruptions come a little less than a year after XR’s “Autumn Uprising” shut down large parts of central London and led to more than 1,700 arrests, the Evening Standard reported. This in turn led to the Metropolitan Police banning the group in London, a move later found to be illegal.

Tuesday’s London protest drew thousands of people and resulted in 65 arrests, according to The Guardian.

This year, the Metropolitan Police have set limits on when and where gatherings can take place and prohibited the use of boats, vehicles or other structures in processions, the Evening Standard reported. They have also threatened a roughly ,000 fine for organizing a gathering of more than 30 people during the pandemic, The Guardian reported.

XR already canceled protests planned for earlier in the year because of the coronavirus, according to Reuters.

The Guardian reported that a majority of Tuesday’s protesters wore masks, and XR has also organized a digital rebellion for those who cannot join in person.

For some participants, however, the virus made them more determined to take to the streets.

“By living the way we live, we are making ourselves more vulnerable to these pandemics and that’s why [the climate crisis] should never have been off the agenda, it should be part and parcel of the Covid debate,” 50-year-old Ava, from Lewes in East Sussex, told The Guardian.