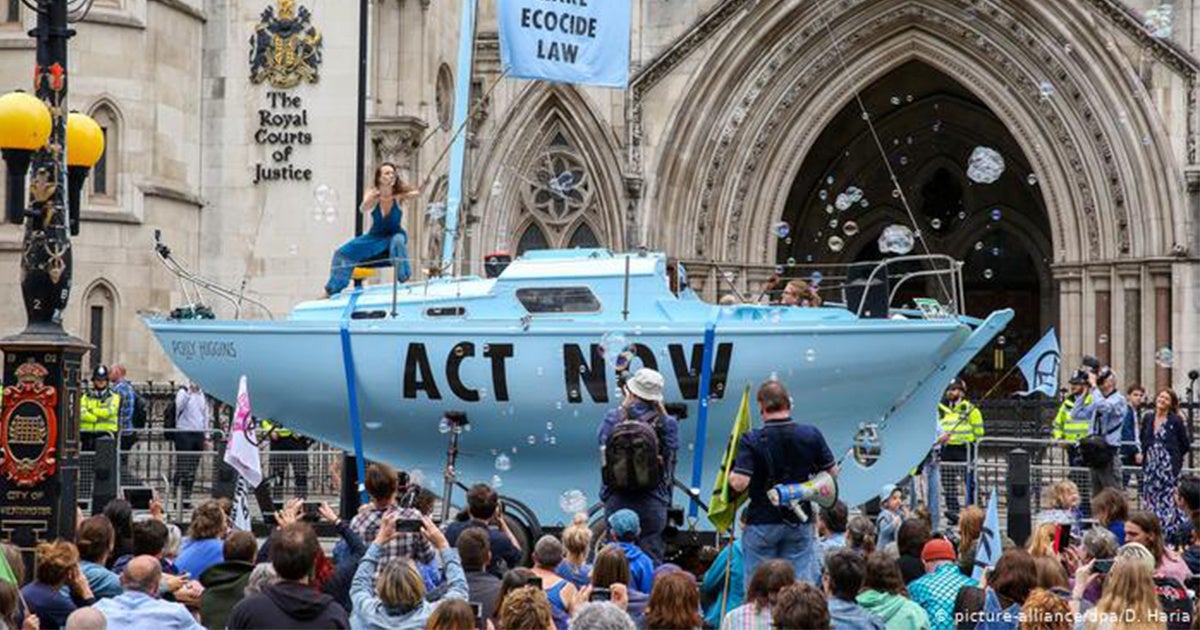 Six Extinction Rebellion protesters were arrested as they blocked off corporations in the UK. The group had increased their actions to week-long nationwide protests.

Hundreds of protesters obstructed the entrance to the London Concrete site beginning on Tuesday. They sported banners outside the company entrance including one saying “The air that we grieve.”

London Concrete is the capital’s biggest supplier of ready-mixed concrete.

In a statement, Extinction Rebellion member Eleanor McAree said “concrete has a huge environmental impact and building another tunnel will only make air pollution across East London worse.”

“Air pollution is already at dangerous levels and is affecting the health of children and adults in the area,” she added. 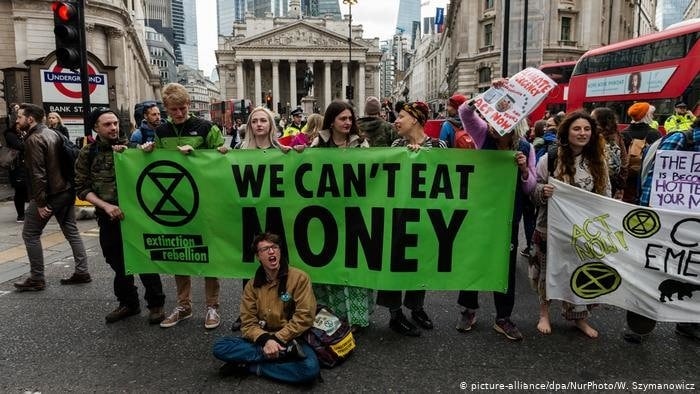 Police said they had arrested six people after they were caught trespassing and obstructing a highway.

The concrete industry is the third largest emitter of CO2 gas in the world, just behind aviation and energy production, according to the online English newspaper Carbon Brief. It produces more emissions than any country other than the U.S. or China.

British think tank Chatham House warned this month that around four billion tons of cement are produced a year. To keep to the Paris agreement, this would have to fall by at least 16% by 2030, their report said.

Hundreds of protesters blocked the London Strand on Monday with a blue yacht bearing the phrase “Act Now.” Extinction Rebellion representatives have said they will continue to demonstrate until the end of the week.

“Throughout the week, rebels will disrupt central spaces in five cities with the support of local groups from across the UK,” the group said. Similar protests have also taken place in Cardiff, Glasgow, Bristol and Leeds, as part of a nationwide push to fight climate change.

Protesters painted slogans including “make ecocide law” and “planet before profit” on the side of the boats, which led to traffic being diverted across the country.

Police warned on Monday that they would be prepared to “make arrests and remove obstructions as necessary.”

“We have been engaged with the organizers to understand their plans, but we cannot tolerate behavior that crosses a criminal threshold or causes significant disruption to communities across the capital,” it said.

Extinction Rebellion said they plan to implement a “London Tax Rebellion Declaration” on Friday. Members would withhold tax which goes towards the Greater London authority until their demands are met.

British police arrested over 1000 people in April, as Extinction Rebellion protesters blocked roads for 11 days in London. The protesters this week are demanding the release of those 1000.