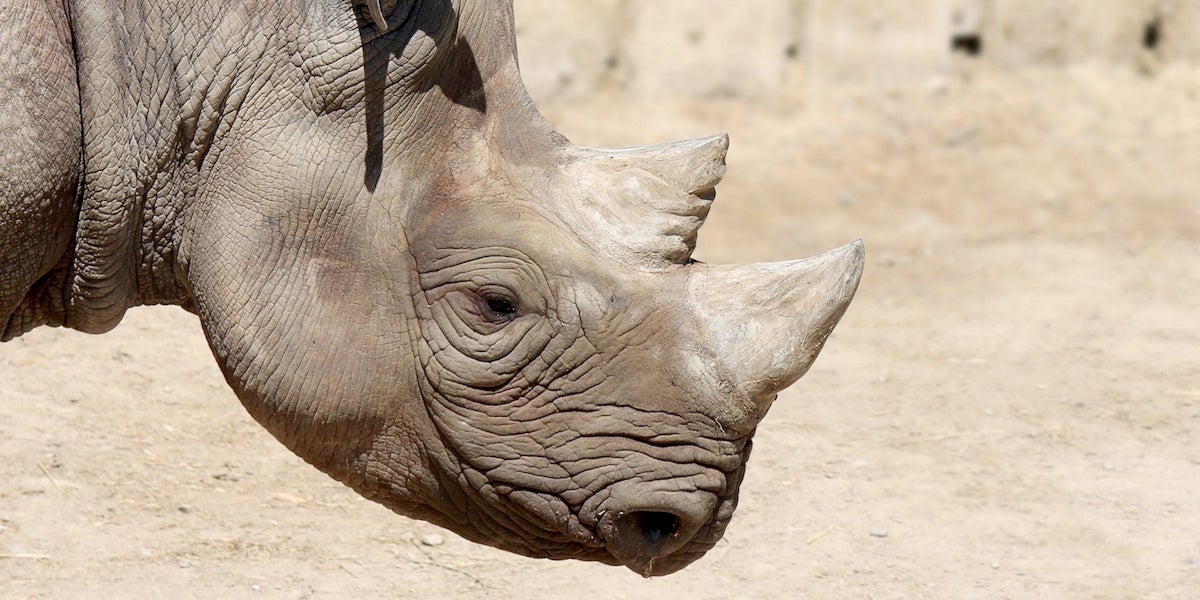 With the consequences of human activities pushing Earth into a
sixth mass extinction, a team of biologists have calculated that plant and animal species are being wiped out so quickly that evolution cannot keep up.

Human activities—including
pollution, deforestation, overpopulation, poaching, warming oceans and extreme weather events tied to climate change—are predicted to drive so many mammals to extinction in the next five decades that nature will need somewhere between 3 to 7 million years to restore biodiversity levels to where it was before modern humans evolved, according to an alarming new analysis published Monday in the Proceedings of the National Academy of Sciences.

The study’s authors, who hail from Aarhus University in Denmark and the University of Gothenburg in Sweden, are urging drastic conservation efforts.

“It is much easier to save biodiversity now than to re-evolve it later,” lead author Matt Davis of Aarhus University said in a
press release.

For the study, the researchers combed through an extensive database of mammals that includes existing species and species that lived in the recent past but have gone extinct since the rise of Homo sapiens. They determined that in the 130,000 years that humans have wandered the planet, we’ve erased 2.5 billion years-worth of evolutionary development by driving 300 million different mammal species to extinction.

When certain species die off, much of its “phylogenetic diversity” disappears, too. For instance, as Davis explained to The Guardian, losing a few species of shrew is not as devastating as losing elephants. Losing elephants is akin to “chopping a large branch off the tree of life … whereas losing a shrew species would be like trimming off a small twig.”

“Large mammals, or megafauna, such as giant sloths and saber-toothed tigers, which became extinct about 10,000 years ago, were highly evolutionarily distinct. Since they had few close relatives, their extinctions meant that entire branches of Earth’s evolutionary tree were chopped off. There are hundreds of species of shrew, so they can weather a few extinctions. There were only four species of saber-toothed tiger; they all went extinct.”

Worryingly, some of today’s most iconic megafauna are facing increasing rates of extinction, the press release warns. Black rhinos are at high risk of becoming extinct within the next 50 years. Asian elephants have less than a 33 percent chance of lasting beyond this century.

“Although we once lived in a world of giants: giant beavers, giant armadillos, giant deer, etc., we now live in a world that is becoming increasingly impoverished of large wild mammalian species. The few remaining giants, such as rhinos and elephants, are in danger of being wiped out very rapidly,” said Jens-Christian Svenning from Aarhus University in the press release.

Saving animals with the long evolutionary histories—including the black rhino, the red panda and the indri lemur—should thus be prioritized.

“This highlights species we should try to save and could help us prioritize conservation,” Davis told The Guardian.