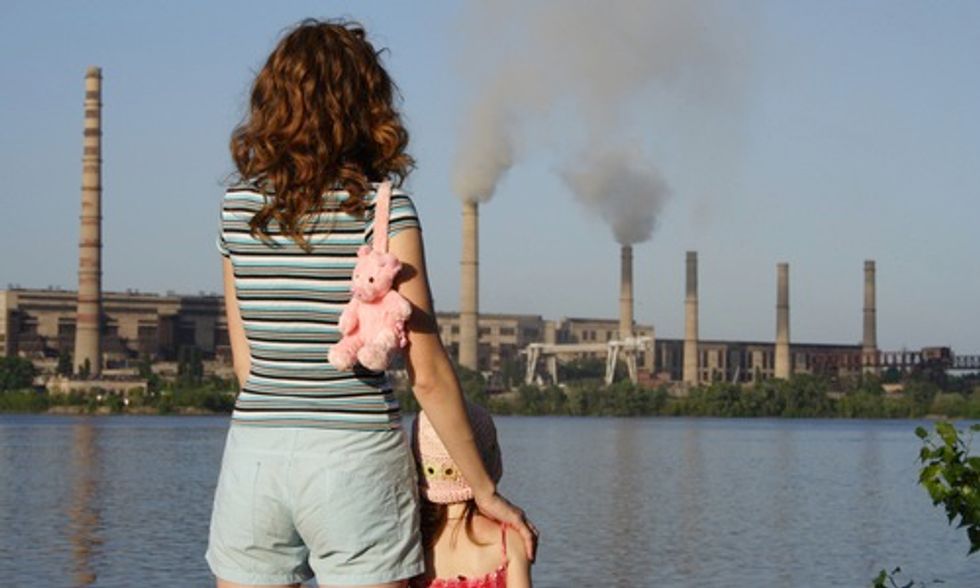 Children's congenital heart defects may be associated with their mothers' exposure to specific mixtures of environmental toxins during pregnancy, according to research presented this week at the American Heart Association's Scientific Sessions 2013.

Congenital heart defects occur when the heart or blood vessels near the heart don't develop normally before birth. Defects may be caused by chromosomal abnormalities, but the cause is unknown in most cases.

Researchers examined patterns of congenital heart defects incidence and presence of environmental toxins in Alberta, Canada. The ongoing research seeks to determine if pregnant women's proximity to organic compounds and metals emitted in the air impacts the risk of heart defects in their children.

"Although still in the early stage, this research suggests some chemical emissions—particularly, industrial air emissions—may be linked to heart abnormalities that develop while the heart is forming in the womb," said lead researcher Deliwe P. Ngwezi, M.D., a Ph.D., student and research fellow in pediatric cardiology at the University of Alberta in Canada.

The study is based on congenital heart defects diagnosed between 2004 and 2011 and chemical emissions recorded by a Canadian agency tracking pollutants.

Congenital heart defect rates have gradually decreased in Canada since 2006, which is about the time the government tightened regulations to reduce industrial air emissions, Ngwezi said. The heart defect decreases were mainly associated with heart defects resulting in holes between the upper and lower heart chambers and malformations of the cardiac outflow tracts, Ngwezi said.

"For now, consumers and healthcare providers should be educated about the potential toll of pollutants on the developing heart," she said. "As we have observed in the preliminary results, when the emissions decrease, the rates of congenital heart defects also decrease."

This study, she said, should draw attention to the increasing evidence about the impact of environmental pollution on birth defects.

Limitations of the study include that researchers' observations were made at a group level, not according to individual risk and the self-reported industry data that is monitored and collected annually by government, Ngwezi said.