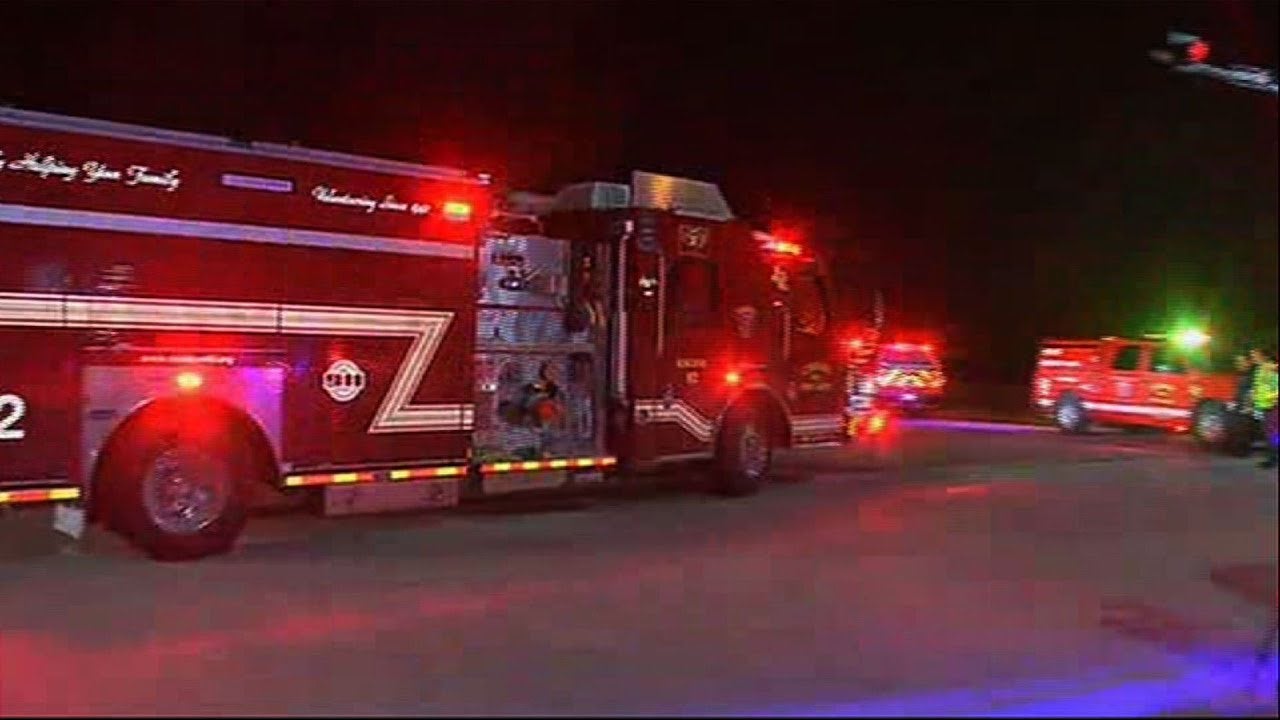 Two explosions and black smoke were reported from an Arkema Inc. plant in Crosby, Texas—about 25 miles outside of
Houston—on Thursday morning.

The facility, which was swamped by six feet of water from Hurricane Harvey‘s unprecedented flooding, manufacturers organic peroxides for the production of plastic resins, polystyrene, paints and other products. As the New York Times explained, these chemicals must be kept in cold storage because when they warm up they begin to decompose and create heat, which can lead to an explosion.

Harris County officials had already ordered an evacuation zone in an area 1.5 miles from the damaged plant.

Arkema said the flooding from Harvey “overwhelmed our primary power and two sources of emergency backup power. As a result, we lost critical refrigeration of the products on site. Some of our organic peroxides products burn if not stored at low temperature.”

The French chemical company said it did not move the chemicals before the hurricane but made extensive preparations. According to the Times, the plant shuttered last Friday in anticipation of the storm while a small crew stayed on site to make sure that the chemicals remained safe and in cold storage. But Harvey’s historic flooding had stripped the plant of power since Sunday. As the storage warehouse warmed, the crew transferred the chemicals to refrigerated trailers powered by generators, but the flooding damaged some of the backup power as well.

Richard Rowe, the chief executive of Arkema’s North American division, told Reuters that the company had expected the chemicals to catch fire and explode if they were not properly cooled.

After the explosion, one Harris County deputy was taken to the hospital after inhaling fumes from the plant and nine others drove themselves to hospital as precaution, the Harris County Sheriff’s Office tweeted. The office later tweeted that company officials believed that the smoke inhaled by the 10 deputies near the plant was “a nontoxic irritant.”

One deputy taken to hospital after inhaling fumes from Archem plant in Crosby. 9 others drove themselves to hospital as precaution.

“We want local residents to be aware that the product is stored in multiple locations on the site, and a threat of additional explosion remains,” Arkema warned.

“Organic peroxides are extremely flammable and, as agreed with public officials, the best course of action is to let the fire burn itself out.”

Numerous chemical plants and refineries, including ones owned by companies like Exxon and Shell, have shut down or gone offline in the wake of Harvey, emitting more than one million pounds of air pollution. Houston now faces an additional risk of toxic petrochemical chemical spills into nearby communities.

Just a couple of weeks before the disaster, President Trump announced he was undoing a previous order by President Obama designed to improve “climate resilience” and protect critical infrastructure threatened by climate change.