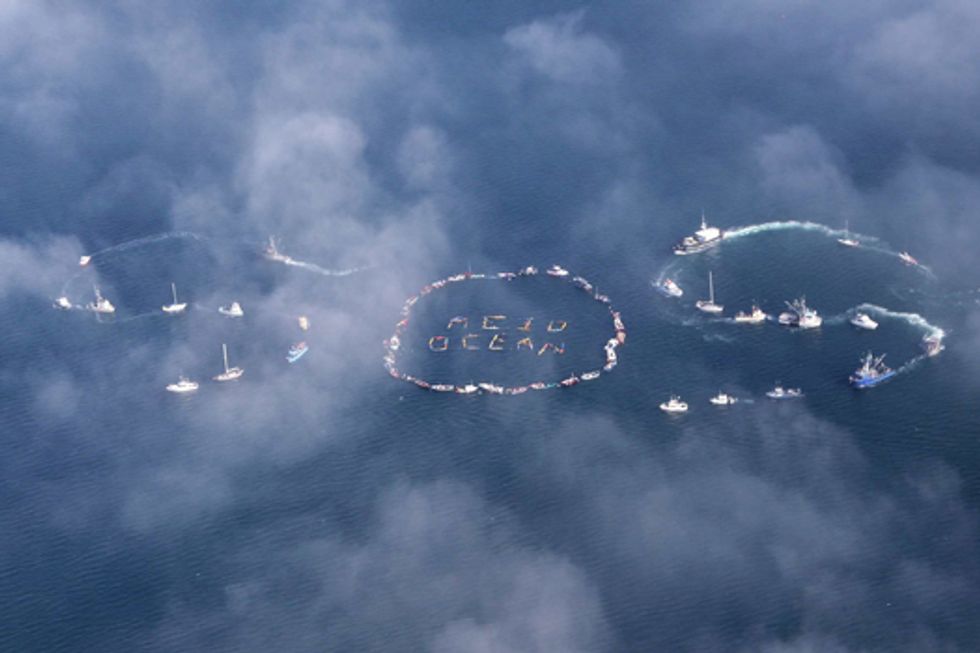 In the run up to the United Nations Conference on Sustainable Development, which will take place in Rio de Janeiro in June next year (Rio+20), world experts from RUG call for decision makers to urgently address the critical issue of ocean acidification.

“The increasing amounts of carbon dioxide that we emit into the atmosphere every day are changing our oceans, steadily increasing their acidity, and dramatically affecting marine life,” says Prof. Dan Laffoley, marine vice chair of IUCN’s World Commission on Protected Areas and chair of RUG. “This may also have severe impacts on human life in the future. Only by reducing our CO2 emissions and enhancing the protection of oceans to strengthen their ability to recover, can we effectively address this issue. Policy makers in Durban, and in Rio in June next year, need to recognize this and take appropriate actions.”

Reducing greenhouse gas emissions into the atmosphere, particularly CO2, which is the main driver of climate change and the main cause of ocean acidification, is one of the goals of the UNFCCC. But the latest RUG publication calls for a broader strategy to reduce ocean acidification, alongside those tackling other threats to the marine environment such as overfishing and pollution.

According to the experts, although both climate change and ocean acidification are caused by excessive amounts of CO2 emissions, and so should be tackled together, not all approaches used to address the former will be effective in the fight against the latter.

"For example, geoengineering solutions, such as reflecting solar radiation, which are often suggested to deal with climate change, will not address the progressive acidification of the ocean," says Dr. John Baxter of the Scottish Natural Heritage and deputy chair of the RUG. "Both climate change and acidification need to be taken into account when designing solutions to these challenges."

Each year, the ocean absorbs approximately 25 percent of all the CO2 we emit. Its acidity has increased by 30 percent since the beginning of the industrial revolution and acidification will continue at an unprecedented rate in the coming decades. This can have a negative impact on marine organisms, especially the calcifying ones such as shellfish, molluscs, coral reefs and various types of zooplankton and phytoplankton. Increasing ocean acidity requires them to use more energy to build their shells, which has potentially severe ecological consequences. If the current acidification rate continues, it could lead to extinctions of some species and impact others that feed on them.

“Through its ability to absorb large amounts of CO2, the ocean plays a crucial role in moderating the rate and severity of climate change," says Dr. Carol Turley from the Plymouth Marine Laboratory and the knowledge exchange coordinator for the U.K. Ocean Acidification Research Programme, one of the partners of the RUG. “But in many ways our ocean is also a victim of its own success, as this capacity jeopardizes its future health, its biodiversity and its ability to continue to provide us with food and sustainable economic development. Ocean acidification requires urgent and effective action now, before it’s too late. The obvious action is to reduce CO2 emissions to the atmosphere."