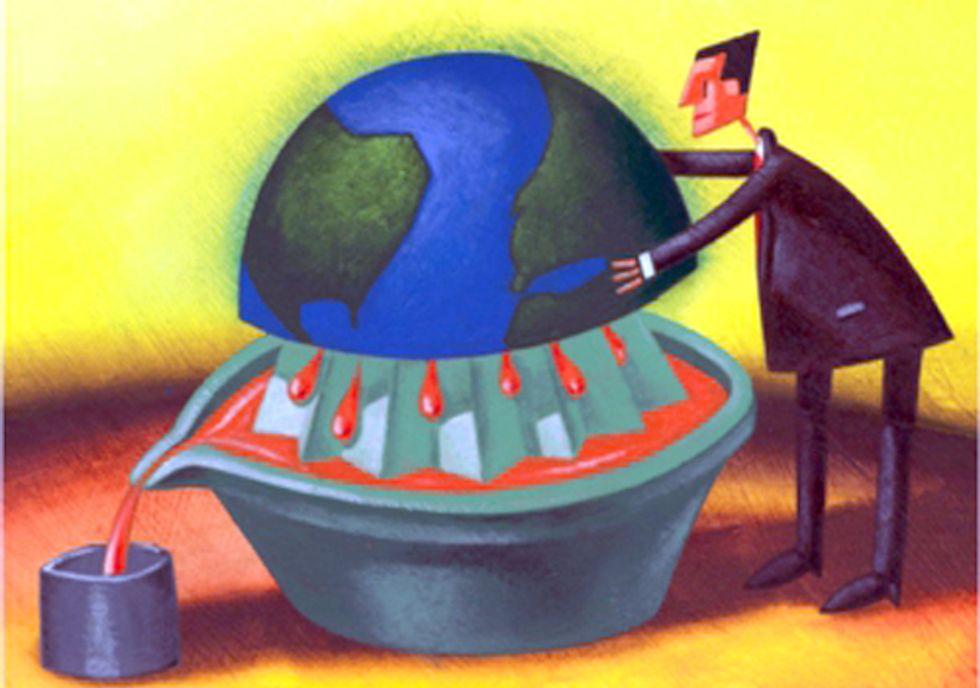 The Barilla Center for Food & Nutrition (BCFN) in collaboration with the Worldwatch Institute's Nourishing the Planet project launched Eating Planet-Nutrition Today: A Challenge for Mankind and for the Planet at an event in New York City today. The book highlights the challenges facing today's food and agricultural system, as well as the myriad of benefits that reform could bring.

“The book’s conclusions represent a major step toward ensuring that agriculture contributes to health, environmental sustainability, income generation and food security,” said Paolo Barilla, vice president of the Barilla Group. “The ingredients will vary by country and region, but there are some key components that will lead to healthier food systems everywhere.”

At the Eating Planet event, a panel discussion was moderated by Samuel Fromartz, editor-in-chief of the Food & Environment Reporting Network, and included the following panelists: Danielle Nierenberg, director of Nourishing the Planet; Ellen Gustafson, advisory board member of the Barilla Center for Food & Nutrition; Jonathan Bloom, food waste activist and author of American Wasteland; Brian Halweil, publisher of “Edible Manhattan” and author of Eat Here; Stephanie Hanson, director of policy and outreach for the One Acre Fund; Kelly Hauser, agriculture policy director for the One Campaign; and Dan Morrison, founder and director of Citizen Effect.

Worldwide, 30 percent of food is wasted, 1 billion people go to bed hungry each night while another 1 billion suffer from health problems related to obesity, and agriculture contributes to a third of global greenhouse gas emissions. Reversing these trends will require a more holistic approach to agriculture and more investment in agro-ecological practices.

“The fundamental problem continuing to cause both hunger and obesity is that it is difficult, almost everywhere in the world, to access nutritious foods,” said Gustafson. “In industrialized countries, food is abundant, but the most abundant is usually the least nutritious and most calorie dense. In developing countries, you can often still access soft drinks or packaged processed foods, but not the diversity of healthy foods that are needed for good nutrition.”

“What we all need is more fruits and vegetables, whole grains and healthy proteins for good nutrition,” said Nierenberg. “Until those foods are the focus of agricultural systems all around the world, both sides of the malnutrition coin—hunger and obesity—are likely to persist.”

Eating Planet is divided into four sections: Food for All, Food for Sustainable Growth, Food for Health and Food for Culture. Each of the sections ends with concrete recommendations, proposals and actions that need to be taken to solve the global food crisis.

Food for All: Agriculture offers a crucial opportunity for effective investments in development. Because agriculture plays such a large role in rural populations in developing countries, growth in this sector is at least twice as effective in boosting incomes as growth in a non-agricultural sector. Agriculture also directly contributes to food security among the world's poorest populations, and reforms to the sector are badly needed to reduce both poverty and hunger.

These include reinforcing the mechanisms of global governance, such as curbing the trade of food-related stocks to lessen price volatility; encouraging the use of new approaches and tools to measure and promote well-being, in part by shifting away from Gross Domestic Product as a primary indicator of national development; and fostering eating habits that are healthier for humans and have a lower environmental impact.

Food for Sustainable Growth: While many agricultural activities, such as artificial fertilizer application or heavy pesticide use, may boost food production in the short term, they create serious obstacles to feeding the world over the long term. Environmental degradation, including water scarcity, soil depletion and deforestation, are all results of the industrialized agricultural system, and these problems seriously compromise future generations’ prospects of well-being. Part of achieving sustainable well-being involves an understanding of the environmental impacts of different types of foods.

“More than a third of the food produced today does not even reach people’s plates, placing unnecessary pressure on land, water and soil resources,” said Bloom. “All of us—producers, consumers, policy makers and those in the food industry—need to make an effort to reduce the amount of food that is wasted and its environmental impact.”

“Becoming active in the local food movement is one way to help reduce the environmental impact of the food you eat,” said Halweil. “Not only can local food provide superior taste, it’s also fresher than supermarket produce, which typically travels between 1,500 and 2,000 miles before it reaches your plate.”

Food for Health: The global food system also affects issues of human health, including incidences of disease, malnutrition, obesity and diabetes. The book notes several unhealthy changes in dietary and lifestyle patterns, including an increase in calories consumed, a lack of balance and diversity in diets, a lack of education about health and nutrition early in life, and a significant reduction in the amount of time dedicated to physical activity.

Food for Culture: The book emphasizes the need to reconnect people with producing, obtaining, preparing and eating their food. This involves the transfer of knowledge from older to younger generations about the production and preparation of food, the return to a healthy relationship with and appreciation of the land on which food is grown, the revitalization of conviviality associated with food preparation and consumption, and the recovery of traditional flavors in the context of contemporary tastes.