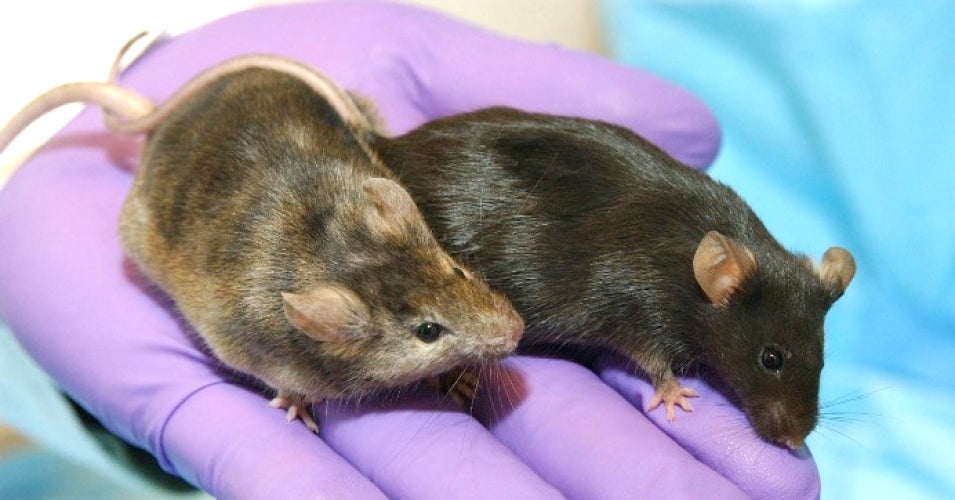 Experiments involving genetically engineered animals have nearly tripled in Germany in the past 10 years, driven by a burgeoning global industry that involves inventing and patenting genetically altered species for scientific research, says a new study commissioned by Germany’s Green Party and conducted by the research group Testbiotech. 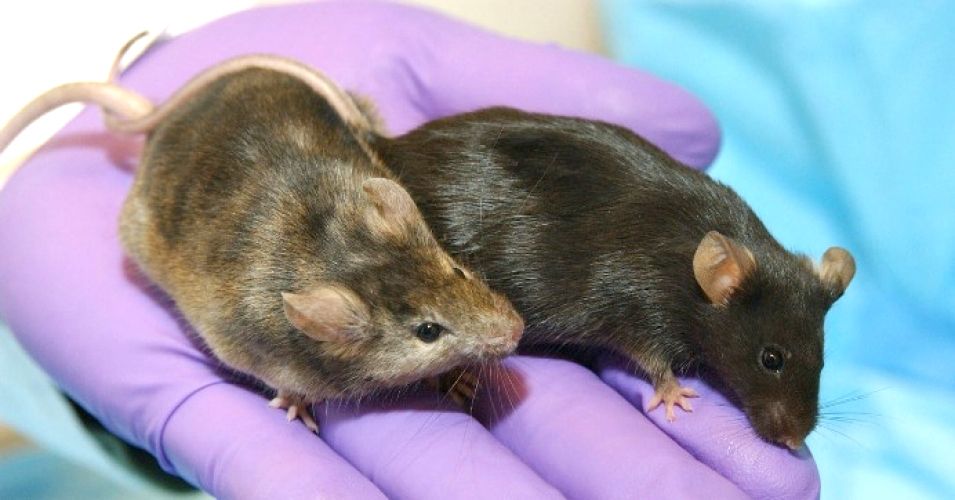 A GMO mouse with a gene related to hair growth removed from its genome, at left, next to a mouse with an unaltered genome.Wikimedia Commons

“The massive increase in animal testing in the genetics field is unacceptable,” Nicole Maisch, the Green Party’s parliamentary spokesperson for the protection of animals and consumer policy, told the newspaper Der Westen.

“Particularly when the experiments’ usefulness from a medical standpoint is extremely questionable or when the trials have revealed themselves to be unsuccessful,” Maisch said, “we must not allow any more animals to be tortured.”

The study, which was released Wednesday and shared with Süddeutsche Zeitung and newspapers owned by Germany’s Funke Mediengruppe, found that nearly 950,000 animals were subjected to experiments in Germany in 2013 alone and a full third of those involved genetically modified animals.

The genomes of mice, rats and fish are being tinkered with the most, reports Süddeutsche Zeitung, but rabbits and pigs are popular choices, too.

In contrast to conventional animal testing, the research on genetically manipulated animals is especially deadly, says Silke Strittmatter of the organization Doctors Against Animal Experiments: “We can safely assume that up to 54 animals die for the creation of a single genetically modified animal.” To achieve the desired outcome, scientists must experiment with many variations, which in many cases involves breeding multiple generations and then killing them. In this fashion, the number of genetically altered animals is increasing, despite the fact that in the last two years, for the first time the number of animals used for traditional experimental trials has fallen.

A race to patent and profit from genetically modified species is driving the growing global market for such creatures, observes the German newspaper: “Researchers patent altered animals, such as “knockout mice” and sign license deals with corporations, which in turn aggressively market the animals to laboratories—as “custom-manipulated rodents,” for example.”

In the USA, biotech corporations market patented animals aggressively. [Study author Christoph] Then describes a downright “price war.” Patents for new genetic engineering techniques then lead to more animal trials. In recent years, patent applications were even submitted for genetically modified primates and great apes—and some of those were approved. It is for this reason that the speaker for the Green faction on genetic engineering, Harald Ebner, is calling for a Europe-wide ban on patents on living things.

Ebner also told Süddeutsche Zeitung that he fears so-called “free trade” deals such as the Trans-Pacific Partnership (TPP) and the EU-Canada Comprehensive Economic and Trade Agreement (CETA) will lead to the worldwide dispersal of products from genetically modified animals.

The newspaper observes that “meat and other products from genetically modified animals cannot be sold in Germany. […] In other countries, however, among other things scientists are experimenting with altering the ingredients of milk by changing the genes of cows. For such experiments, embryos must be genetically altered and then implanted in a surrogate. The Testbiotech study notes that these experiments often involve pain and suffering, as such laboratory animals are frequently killed in order to remove cells or the genetically modified embryo.”

It seems other countries have reason to worry, as the U.S. government continues to fight for pro-GMO legislation. Indeed, when President Obama last week signed into law a corporate-friendly GMO labeling bill, he “scratched out the laws of Vermont, Connecticut and Maine that required the labeling of genetically engineered foods,” reports AlterNet.

“He also nullified the [GMO] seed labeling laws in Vermont and Virginia that allowed farmers to choose what seeds they wanted to buy and plant,” the progressive outlet observes, adding that “for good measure he preempted Alaska’s law requiring the labeling of any [GMO] fish or fish product, passed to protect the state’s vital fisheries from contamination by recently approved genetically engineered salmon.”