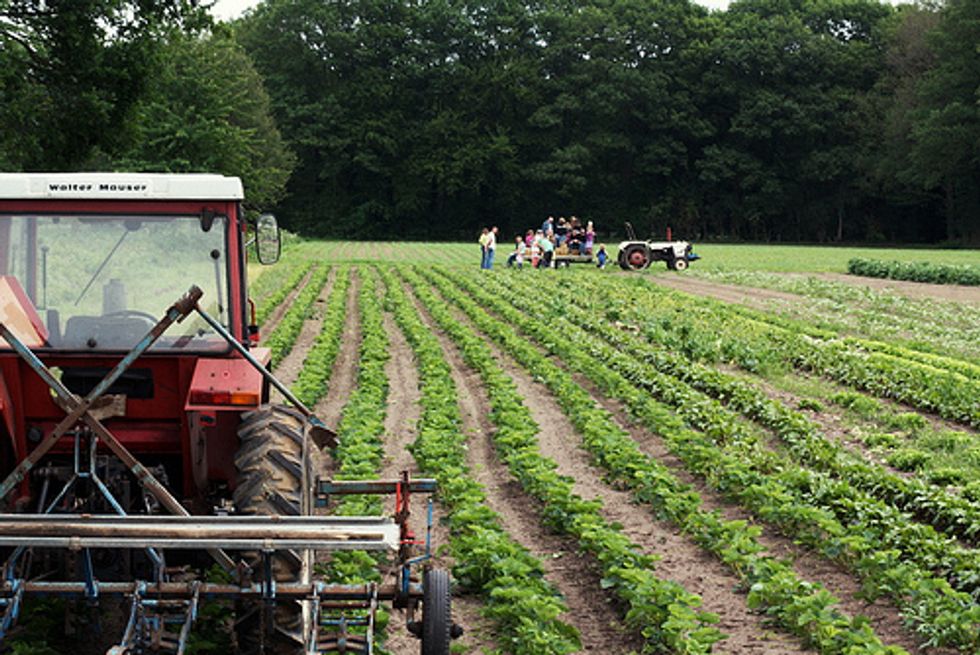 Organic crop systems can provide similar yields and much higher economic returns than a conventional corn-soybean rotation, according to 13 years of data from a side-by-side comparison at Iowa State University’s Neely-Kinyon Research and Demonstration Farm.

The Long-Term Agroecological Research Experiment (LTAR) began in 1998 with support from the Leopold Center for Sustainable Agriculture. The LTAR is one of the longest running replicated comparisons in the country. Kathleen Delate, professor in Iowa State University Agronomy and Horticulture, leads the project.

“The transitioning years are the hardest years,” Delate said, explaining that the project was originally designed to help farmers make the shift into an organic system. To sell a product as organic, the crop must be raised on land that has received no synthetic chemicals for three years prior to harvest."

The LTAR experiment shows that organic crops can remain competitive with conventional crops even during the three-year transition. Averaged over 13 years, yields of organic corn, soybean and oats have been equivalent to or slightly greater than their conventional counterparts. Likewise, a 12-year average for alfalfa and an 8-year average for winter wheat also show no significant difference between organic yields and the Adair County average.

Organic crops fetch a premium price on the market and eliminate the need for expensive inputs like herbicides and synthetic fertilizers. As a result, they are far more profitable than conventional crops. Craig Chase, interim leader of the Leopold Center’s Marketing and Food Systems Initiative and extension farm management specialist, calculated the returns to management—that is, the money left over for family living after deducting labor, land and production costs—for both systems. He based his calculations on actual LTAR data from 1998 to 2004, as well as scenarios modeled with enterprise budgets.

Delate said they use “a whole suite of practices to manage weeds” in the organic plots, including timely tillage and longer crop rotations. Allelopathic chemicals from rye and alfalfa help keep weed populations under control, as does growing an alfalfa cover crop in winter, which provided cover for beneficial insects and animals.

“I think there’s a strong future for organic agriculture,” Delate said. “My phone is ringing off the hook. The interest hasn’t waned.”

When Delate became Iowa State’s first specialist in organic agriculture in 1997, the Leopold Center provided start-up funds to develop a program and set up LTAR research plots. The center has provided annual operating funds for LTAR and, in 2010, the work was moved to a competitive grant in the Leopold Center’s Cross-Cutting Initiative.