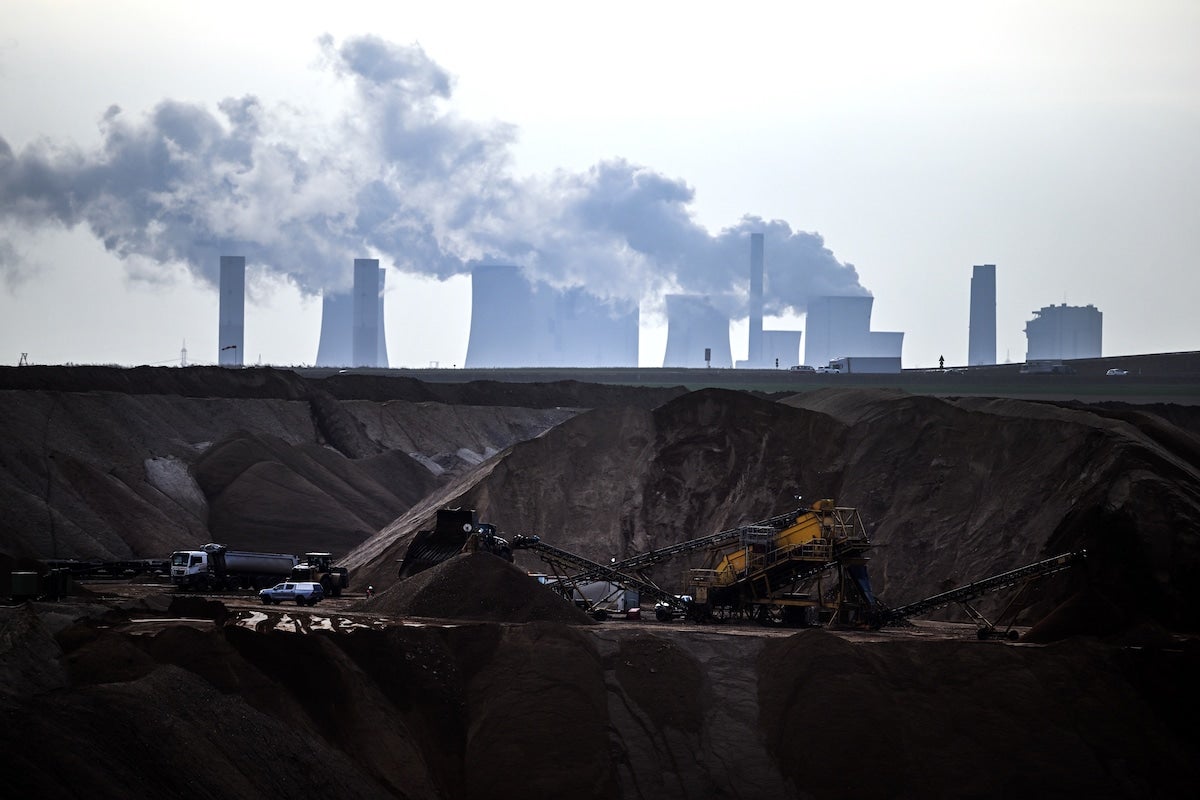 In 2021, the International Energy Agency (IEA) warned that, in order to reach net-zero greenhouse gas emissions by 2050 and limit global warming to 1.5 degrees Celsius above pre-industrial levels, no new oil and gas fields or coal mines could be developed.

Now, a study published in Environmental Research Letters Tuesday goes even further: In order to meet the 1.5 goal, we will have to abandon nearly 40 percent of “developed reserves” of fossil fuels.

“Going beyond recent warnings by the International Energy Agency, our results suggest that staying below 1.5°C may require governments and companies not only to cease licensing and development of new fields and mines, but also to prematurely decommission a significant portion of those already developed,” the study authors wrote.

The new study was led by researchers from Oil Change International and the International Institute for Sustainable Development and was the first of its kind to comprehensively assess the emissions that would be “locked in” by existing fossil fuel mines or fields, as an Oil Change International press release explained. The researchers based their findings on a commercial dataset of more than 25,000 oil and gas fields and created their own for coal mines. They then calculated that if all of the fossil fuels in these facilities were developed, it would lead to 936 gigatonnes of carbon dioxide emissions. For perspective, that would be the equivalent of 25-years worth of current annual emissions, The Guardian pointed out. This amount of greenhouse gas emissions would exceed the carbon budget for 1.5 degrees of warming by 60 percent and take up all of the remaining carbon budget for limiting warming to two degrees, Oil Change International said. Scientists have warned that limiting warming to 1.5 degrees is essential for avoiding the worst impacts of the climate crisis.

“Our findings show that halting new extraction projects is a necessary step, but still not enough to stay within our rapidly dwindling carbon budget,” co-lead author Greg Muttitt of the International Institute for Sustainable Development said in the press release. “Some existing fossil fuel licences and production will need to be revoked and phased out early. Governments need to start tackling head-on how to do this in a fair and equitable way, which will require overcoming opposition from fossil fuel interests.”

The researchers found that nearly 90 percent of the developed fossil fuel reserves are located in 20 countries. The top ten are, in descending order, China, Russia, Saudi Arabia, the U.S., Iran, India, Indonesia, Australia, Canada and Iraq.

One difference between the new study and other carbon budget estimates is that it did not account for technology that might remove carbon dioxide from the air, The Guardian reported.

“These technologies are unproven at scale,” Muttitt said, as The Guardian reported. “There’s a lot of talk about them, but we believe it would be a mistake to predicate achieving climate goals on these being delivered at a very large scale. We just don’t know whether it will be possible in terms of financing or governance.”

The research however, comes as energy prices are soaring, partly due to Russia’s invasion of Ukraine. Fossil fuel companies have taken advantage of the moment to call for more development, something the researchers say must not take place.

“Our study reinforces that building new fossil fuel infrastructure is not a viable response to Russia’s war on Ukraine,” co-lead author Kelly Trout of Oil Change International said in the press release. “The world has already tapped too much oil, gas, and coal. Developing more would either cause more dangerous levels of warming, if fully extracted, or create a larger scale of stranded assets.”