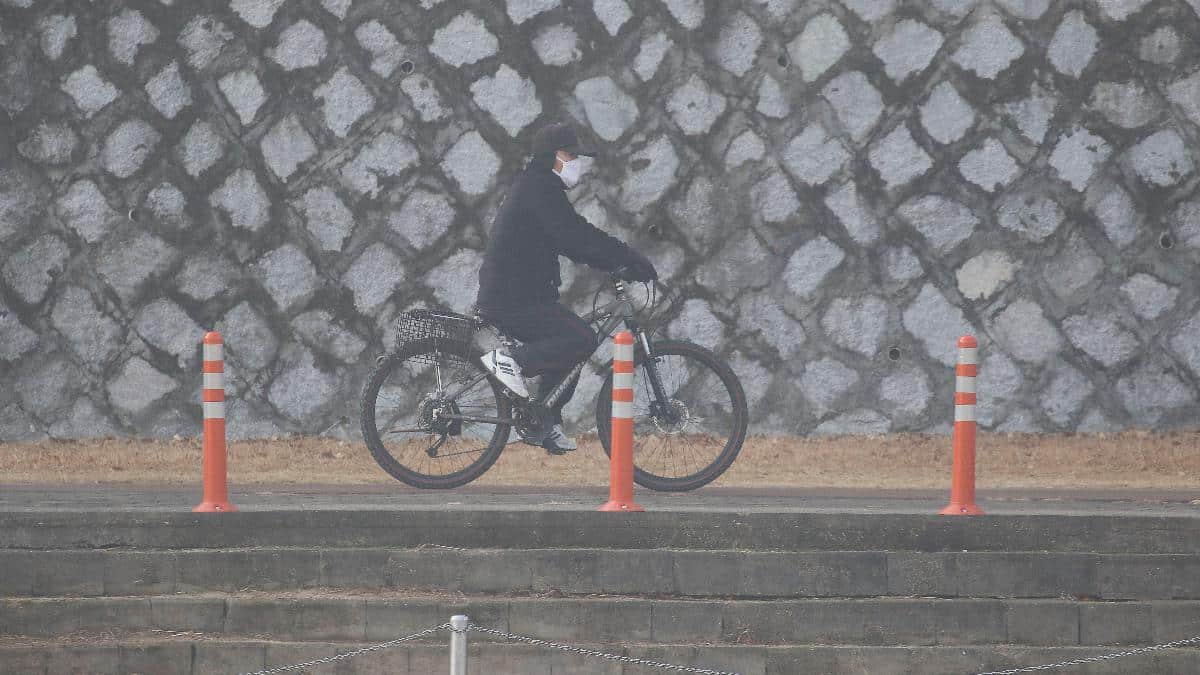 Exercise is good for human health, but air quality warnings typically warn against outdoor activity when particulate matter levels rise above certain levels. At what point do the dangers of air pollution outweigh the benefits of physical activity?

To find that out, researchers at the Seoul National University College of Medicine in South Korea conducted a country-wide study of nearly 1.5 million young adults. The study, published in the European Heart Journal Monday, concluded that strenuous exercise in very polluted air could put young people at risk for heart disease and stroke.

“This is an important result suggesting that, unlike middle-aged people over 40, excessive physical activity may not always be beneficial for cardiovascular health in younger adults when they are exposed to high concentrations of air pollution,” study first author Dr. Seong Rae Kim told the European Society of Cardiology (ESC).

The researchers had previously studied the impacts of air pollution and exercise on middle-aged adults at a single point in time, but this study was the first to look at the issue for young people over several years.

For participants exposed to low to moderate levels of air pollution, the impact of exercise was about what you would expect.

“We found that in young adults aged 20-39 years old, the risk of cardiovascular diseases, such as stroke and heart attack, increased as the amount of physical activity decreased between the two screening periods,” Kim told the ESC.

However, this was not the case for participants who increased their exercise above 1,000 MET-min/week while being exposed to high levels of air pollution, as Air Quality News explained:

The researchers found that among people exposed to high levels of PM2.5, those who increased their exercise between the two screening periods had a 33% increased risk of cardiovascular disease during the follow-up period compared to those who were physically inactive and did not increase their exercise, although this result was slightly weaker than that needed to achieve statistical significance.

This means an extra 108 people per 10,000 might develop the cardiovascular disease during the follow-up period.

“Ultimately, it is imperative that air pollution is improved at the national level in order to maximize the health benefits of exercising in young adults,” Kim told the ESC. “These are people who tend to engage in physical activity more than other age groups while their physical ability is at its best. If air quality is not improved, this could result in the incidence of cardiovascular diseases actually increasing despite the health benefits gained from exercise.”