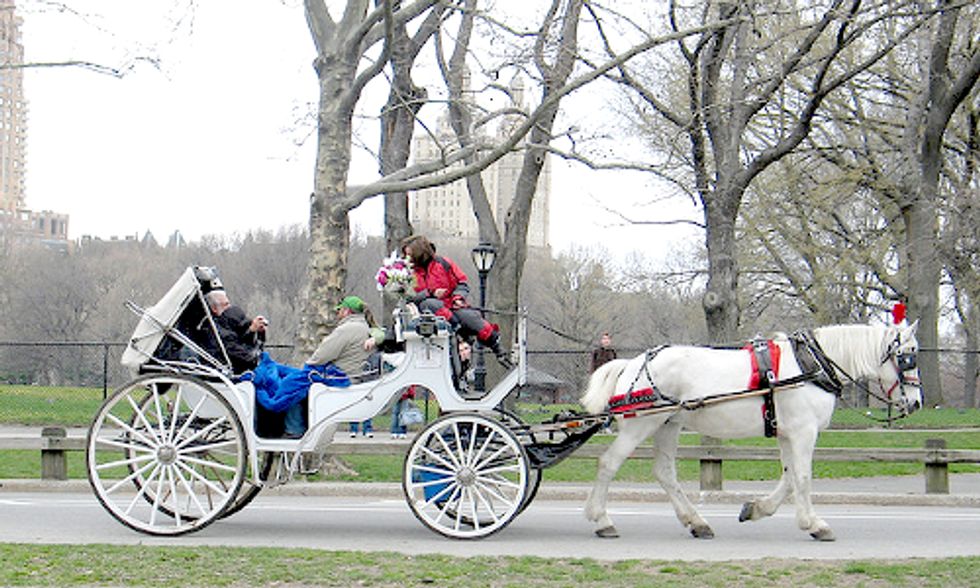 While there are plenty of carriage drivers and tourists who aren't happy with one of New York City Mayor Bill de Blasio's first orders of business, electric vehicle (EV) proponents would likely approve of the newcomer's comments.

De Blasio said he would "quickly and aggressively" work to get rid of the tradition of horse carriage rides around Central Park, replacing them with electric vehicles. He'll try to maintain the classic feel of those trips by deploying EVs that are replicas of antique cars from the early 1900s.

De Blasio hasn't said much about the advantages of EVs. He mostly wants to incorporate EVs into the tours because he believes using horse carriages is unfair to the animals. There are about 220 horses working in New York, according to CBS.

"We are going to get rid of the horse carriages, period,” he said at a pre-inauguration press conference. “They are not humane, they are not appropriate for the year 2014. It’s over. So, just watch us do it.”

A 2007 study from the city comptroller concluded that there weren't “any serious violations regarding the health and safety of the horses when we accompanied them to the stables.”

Representatives from the Teamsters union representing the carriage drivers said they aren't opposed to EVs, but don't believe the workers would be interested in transitioning from the horses to de Blasio's plan. The mayor said he would preserve jobs, inviting carriage drivers to man the antique EVs.

“We are against the thought of the electric car replacing the horse carriage industry," Demos Demopoulos, secretary/treasurer and executive officer of Teamsters Local No. 553, told Politico.

If and and when EVs do replace the horses that stroll Central Park as part of the city's $37 billion tourism industry, it will come after a long, political battle that includes city council hopefuls, animal advocacy groups, union leaders, property owners and more.

New York recently approved a law requiring owners of new off-street parking lots and garages to supply 20 percent of their spaces with charging ports with a minimum capacity of 3.1 kilowatts. There are just 200 such spaces now, but former mayor Michael Bloomberg said he believed the city could grow that number to 10,000 by 2020.

New York estimates that 44 percent of the city’s greenhouse gas emissions will come from the transportation sector by 2030, according to the legislation. Emissions were at 22 percent in 2010.