EVs Promise Savings to Most U.S. Vehicle Owners, But Not the Poorest 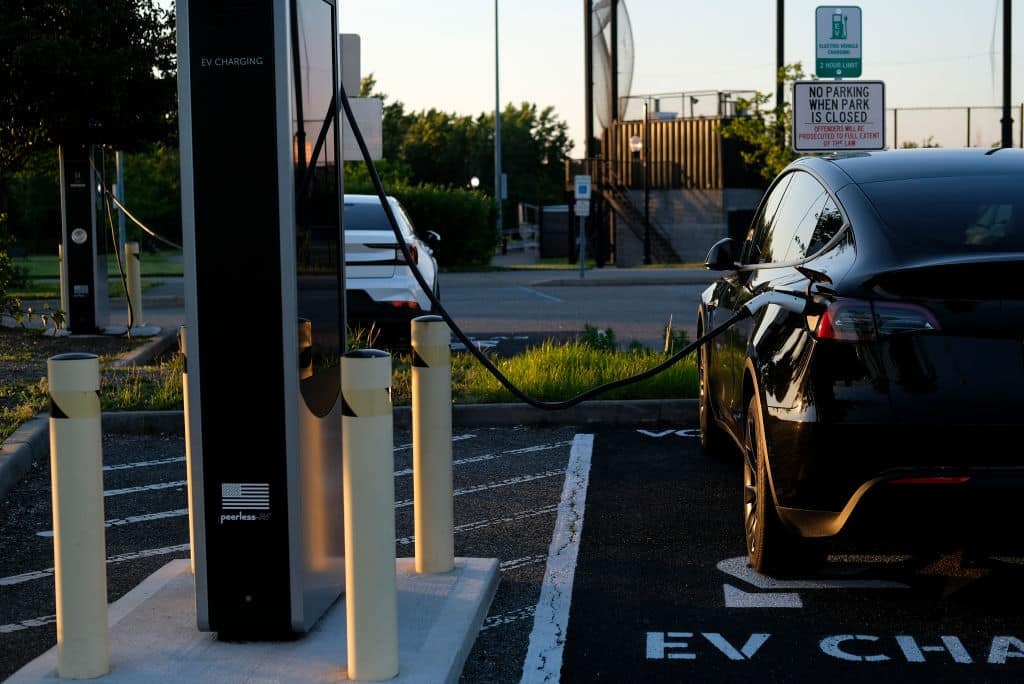 Most U.S. residents could both save money and reduce their greenhouse gas emissions by switching to electric vehicles (EVs). However, the savings still wouldn’t reach the people who most need them without policy changes.

A new study published in Environmental Research Letters Wednesday looked at the impact of switching from a combustion-engine vehicle to an electric vehicle based on three criteria: greenhouse gas emissions, fuel costs and the percentage of a vehicle owner’s income spent on fueling their transportation. The University of Michigan-based research team found that more than 90 percent of U.S. car-owning households could reduce both their carbon footprints and their income share dedicated to fuel by embracing EVs. However, the savings did not extend to the lowest earners.

“Our results confirm the potential for widespread benefits from EV adoption,” study corresponding author and University of Michigan Center for Sustainable Systems urban geographer Joshua Newell said in a university press release. “However, EV ownership in the U.S. has thus far been dominated by households with higher incomes and education levels, leaving the most vulnerable populations behind. Policy interventions are needed to increase EV accessibility so that all Americans can benefit from the EV transition.”

Transit is currently the U.S. economic sector that contributes the most to the nation’s greenhouse gas emissions, making the take-up of EVs extremely important from a climate perspective. EVs currently only make up around one percent of cars, UVs and pick-up trucks in the U.S., but this is changing. It is estimated that they will reach 10 percent of passenger vehicles by 2030, according to Grist.

The study authors decided to look at what would happen if everyone in the U.S. switched to an EV, based on a geospatial model, the press release said. They considered the resulting difference in vehicle emissions, fuel cost and income share for every census tract in the nation.

Learn About These Solar Options From EcoWatch

They found that the benefits of EVs vary significantly by region, in another example of how responding effectively to the climate crisis requires systemic infrastructure changes to back up individual choices.  Savings and emission reductions were highest on the West Coast and in parts of the Northeast, i.e. places where the grid uses significant amounts of renewable energy and electricity costs are lower.

For example, a vehicle owner in Indiana–where more than half of electricity comes from coal and costs are above the national average–would see less of a climate and pocket-book advantage from an EV than someone in a California city, where more than 30 percent of energy comes from renewables, electricity prices are average and gas prices are high, as Grist pointed out.

For those in the right place and income bracket, switching to an EV could save them at least $600 and reduce their carbon dioxide emissions by more than 4.1 metric tons, according to the press release. However, the study was the first of its kind concerned with something called “distributive justice,” or whether the benefits or drawbacks of a new policy or technology are evenly distributed.

EVs will make a meaningful difference for many people–more than doubling the number of households with a low burden to reach a total of 80 percent, according to the study. However, more than half of the lowest income households would still have a high transportation energy burden with access to home charging and more than 75 percent without it. Households that make less than 30 percent of the median income for their location would have a moderate to high energy burden, with some seeing a burden as high as 10 to 64 percent, the press release said.

This doesn’t mean that the nation shouldn’t make an effort to transition to EVs. Under the existing status quo, low-income households have the highest overall transportation cost burden at 27 percent, as Reuters pointed out. Instead, the researchers suggested policies that could make the EV rollout more just:

“Our analysis indicates that future grid decarbonization, current and future fuel prices, and charging accessibility will impact the extent to which EV benefits will be realized, including lowering transportation energy burdens for low-income households,” study senior author and University of Michigan Center for Sustainable Systems director Greg Keoleian said in the press release.

One thing the study did not consider was the upfront cost of purchasing an EV, which is typically higher than the cost of a new gas-powered vehicle, according to Reuters. However, EV costs are lowering, with General Motors offering a Chevrolet Bolt that starts at $26,500 and the Inflation Reduction Act offering a $7,500 tax credit for new EVs and $4,000 for used models.