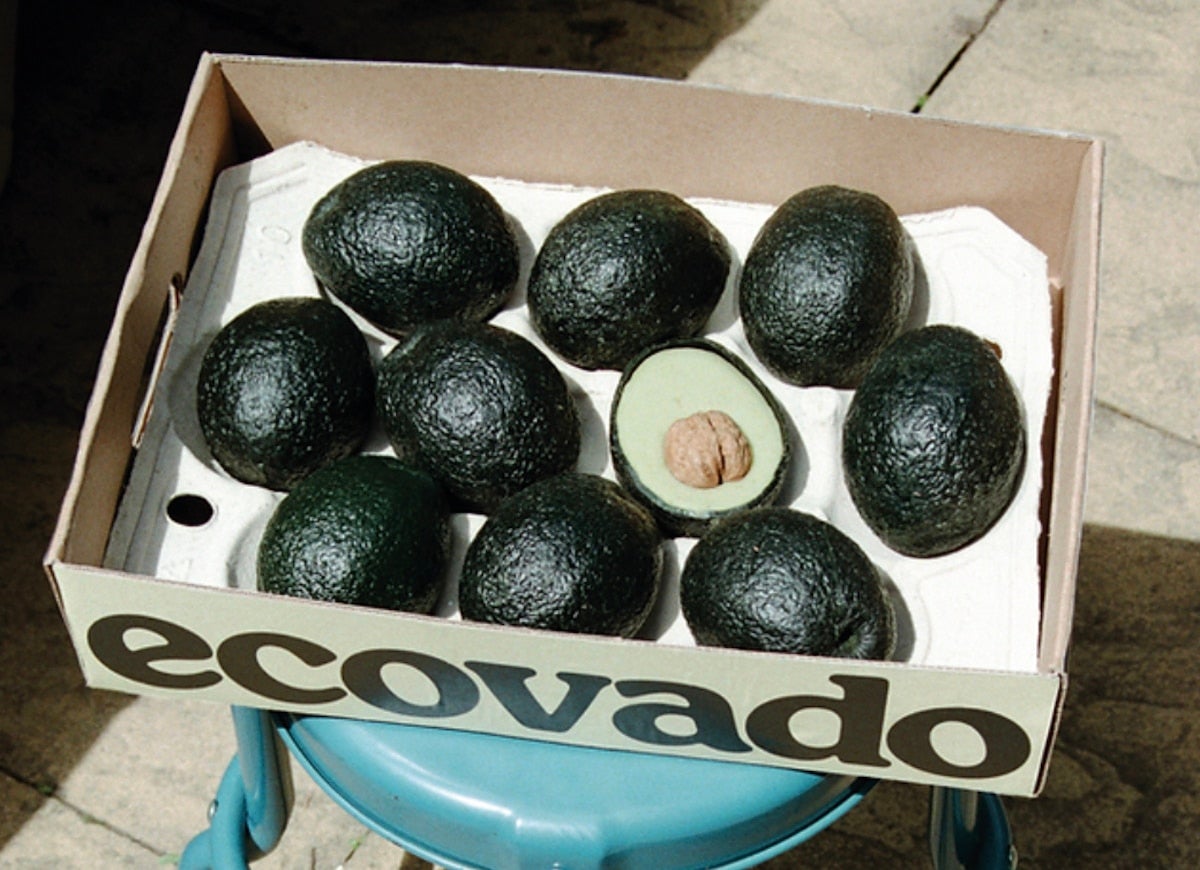 Spread on toast, diced over rice and veggies, or eaten straight up with a spoon, avocados are a popular fruit that provide healthy unsaturated fats into our diets. But avocado crops are hard to sustain. A single avocado requires 320 liters of water, and increasing demand has caused more land clearing to make way for monoculture farms. A proposed solution? The Ecovado.

Arina Shokouhi, a graduate student of Central Saint Martins in London, England, developed the Ecovado, an alternative to avocados that is meant to look and taste like an avocado but is made with local ingredients with smaller impacts. Shokouhi collaborated with Jack Wallman, a scientist from the University of Nottingham’s Food Innovation Centre, to create Ecovado.

“Ecovado is an alternative to avocado that employs design thinking to help consumers reduce the amount of avocado they eat by introducing them to unfamiliar, yet more diverse, ingredient combinations,” Shokouhi explained. “It was designed by identifying the chemical elements of avocados and the functionality of each molecule to try to find equivalents from more local and low-impact sources that do not rely on threatened crops.”

While ingredients will vary based on location, some options include apples, broad beans, hazelnuts and neutral oils like rapeseed or olive oils, depending on where the Ecovado is made.

“By formulating the recipe from local ingredients, the flavor varies across production locations. Therefore, this first recipe that uses widely produced British ingredients will taste different than an Ecovado created in another country,” Shokouhi said.

These ingredients are blended into the creamy, green interior resembling avocado flesh, while the exterior is made from a biodegradable, compostable wax that protects the soft interior. The wax is dyed into the recognizable dark green hue of an avocado skin using spinach and charcoal. The exterior wax can even be upcycled into a candle. As for the pit, Shokouhi simply used nuts, like walnuts, chestnuts or hazelnuts, that can be easily eaten (unlike an avocado pit, which Healthline says does not have enough research to be proven safe for human consumption — not to mention how tough it would be to eat anyway).

The goal of Ecovado is to make consumers think twice about the foods they are eating and the impact they can have on local communities and the environment at large, while also creating an alternative that is just as delicious and nutrient-dense as the real deal.

“Human ingenuity has made it possible to create all kinds of fakes and simulations that are so convincing that they are hard to distinguish from what they imitate,” Shokouhi said. “Ecovado is an imitation that tries to improve upon reality, not merely reproduce it. And, hopefully, it will fool even the most sensitive of hipster tastebuds.”

While the scalability is still in question, Shokouhi has been in talks with potential investors and hopes to one day see Ecovados sold for a similar price to real avocados in grocery stores.