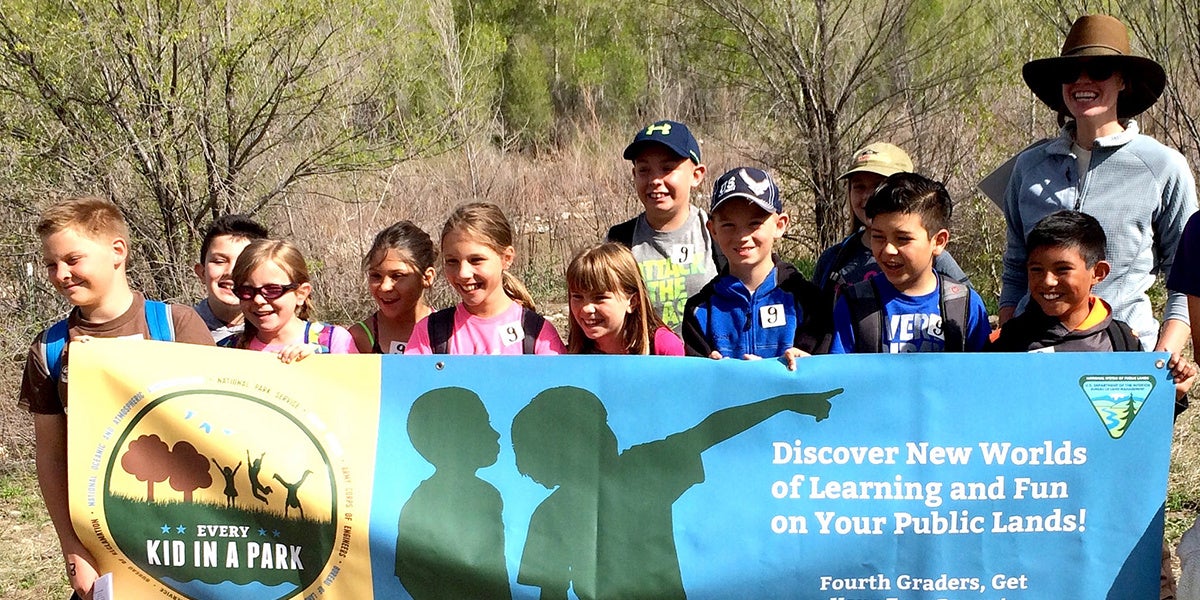 The Wilderness Society is rallying to save the “Every Kid in a Park” program, which gives fourth graders and their families a pass that allows them to visit national parks for free, according to a press release dated June 4.

Rumors that Secretary of the Interior Ryan Zinke planned to ax the Obama-era program were reported by National Parks Traveler May 31.

The Wilderness Society is urging concerned citizens to contact their congresspeople and tell them to save the program that was designed to bridge the economic access gap to public lands.

Research indicates that a majority of national park visitors have a household income higher than the national medium, and people of color are more likely to say they do not attend national parks due to high entrance fees, The Wilderness Society reported. The program targets schools where a majority of students come from low-income households.

“Many of the hundreds of thousands of fourth graders who visited a national park for free through ‘Every Kid in a Park’ were seeing these places for the first time, and without it, they may not have had the chance,” the release said.

Zinke, however, has publicly dismissed the program’s value, blaming it in part for the fact that the National Park Service is $12 billion behind in maintenance during remarks before a Senate committee in March.

“I’ve spent a lot of time in a (park) kiosk, and it’s amazing, in our parks, which the maintenance (backlog) as you know, we’re far behind,” Zinke told the Senate, according to National Parks Traveler. “But when you give discounted or free passes to elderly, fourth-graders, veterans, disabled, and you do it by the carload, there’s not a whole lot of people that actually pay at our front door,” Zinke said.

However, Outdoors Alliance for Kids founder Jackie Ostfeld disagreed about the cost of the program and the motive for cancelling it.

“I suspect because it’s an Obama-era program and it’s one of many programs that the administration is cancelling,” Ostfeld told National Parks Traveler. “I can’t think of any other reason why they would do that. It’s very popular, and costs next to nothing.”

Cancelling the program would be in keeping with other moves by Zinke to make the national parks less accessible to people of all incomes, The Wilderness Society pointed out. Zinke more than halved the number of entrance free days available for national parks in 2018 and also raised entrance fees in many parks in April, though he decided against massive fee hikes after public outcry.

Millions of students and their families have taken advantage of the program since it was launched in 2015, National Parks Traveler reported.