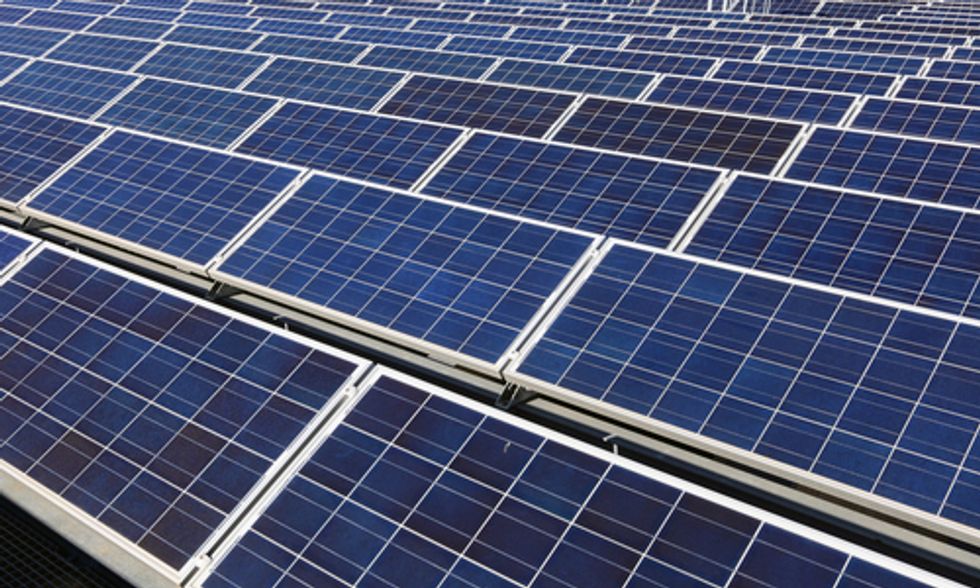 But there is growing hope. Every 3 minutes of every single day, the U.S. solar industry is flipping the switch on another completed solar project.

Maintaining its vibrant growth, the U.S. installed 1,354 megawatts (MW) of solar photovoltaics (PV) in Q3 2014, up 41 percent over the same period last year. The numbers come from the latest edition of GTM Research and the Solar Energy Industries Association's (SEIA) U.S. Solar Market Insight Report, which was released yesterday.

Every 3 minutes of every single day, the U.S. solar industry is flipping the switch on another completed solar project.
Photo credit: Shutterstock

According to the report, Q3 was the nation's second largest quarter ever for PV installations and brings the country's cumulative solar PV capacity to 16.1 gigawatts (GW), with another 1.4 GW of concentrating solar power (CSP) capacity.

Solar is proving to be an important and growing source of new generating capacity for the U.S. Through the first three quarters of the year, solar represents 36 percent of new capacity to come on-line, up from 29 percent in 2013 and 9.6 percent in 2012.

Without question, solar’s continued, impressive growth is due, in large part, to smart and effective public policies, such as the solar Investment Tax Credit (ITC), Net Energy Metering (NEM) and Renewable Portfolio Standards (RPS). By any measurement, these policies are paying huge dividends for America. Every three minutes of every single day, the U.S. solar industry is flipping the switch on another completed solar project, benefitting both our economy and the environment.

So anyway you look at it, the sun continues to shine brightly on America—and our future.