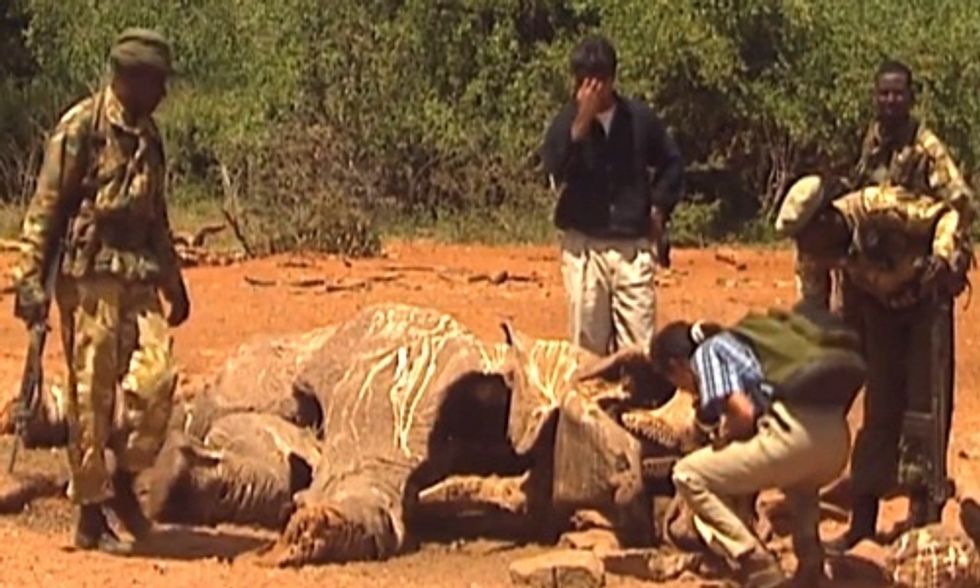 African elephants may be gone in as little as 10 years as a result of organized crime syndicates, rebel groups, militias and insurgents. That's the findings from a new program, Illicit Ivory, from the critically acclaimed series Earth Focus. The program, which will air on May 28 on Link TV, investigates this insatiable demand for ivory.

The show will "uncover the devastating effects of the illegal ivory trade, its impact on the dwindling African elephant population, and the link between this illicit activity with insurgency groups and organized crime," according to Earth Focus. Tonight at 8 p.m. ET/PT on Link TV (DirecTV channel 375 and Dish Network channel 9410) there is a sneak peek as part of its special Earth Day lineup.

The lineup will include Dr. Keeling's Curve, a one-man play by Mike Farrell (famous for his role on M*A*S*H), which chronicles the scientist whose research on atmospheric carbon dioxide levels gave the world its first early warnings of global warming. Link TV will also air the documentary Earth at Risk: Derrick Jensen, which includes the environmentalist author’s keynote address at the Earth at Risk conference in San Francisco. Also of note in the lineup are Vandana Shiva's speech at the Earth at Risk conference and Bill McKibben′s Do The Math program.

Link TV will also launch an Earth Day online hub, which will aggregate an array of online programming to highlight environmentally oriented content. To kick that off, they will air an Earth Focus episode about rhinos in South Africa’s Kruger National Park from reporter Jeff Barbee, as well as, journalist and Earth Focus correspondent Miles Benson’s blog posting, Kiss The Elephants Goodbye.

13 Reasons to Be Optimistic on Earth Day