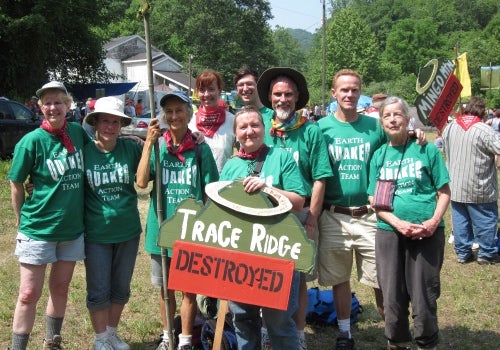 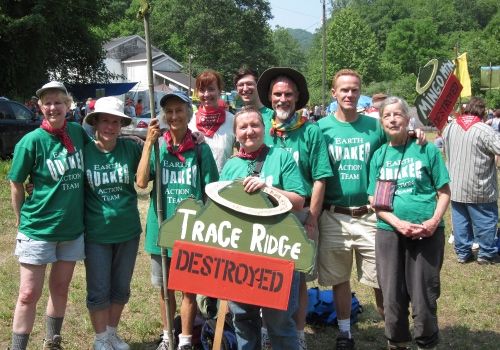 On Feb. 29, the Earth Quaker Action Team (EQAT) will hold a press conference to kickoff its new Green Your Money initiative. Green Your Money is a program to organize Quaker individuals, meetings and organizations to remove their money from PNC Bank and pressure them to end all financial support for companies that practice mountaintop removal coal mining.

PNC Bank—historical inheritor of the “Quaker Bank” legacy and self-described green bank—continues to be one of the nations two largest financiers of mountaintop removal according to recently released reports from the Rainforest Action Network.

At the kickoff, EQAT will unveil their new website, report on the first $1.9 million Quaker dollars pledged to be withdrawn from PNC and announce a Walk for Jobs and Justice from Philadelphia to PNC National Headquarters in Pittsburgh.

Speakers will include:
• Chris Nicholson, grandson of John E. Carter, 1865 co-founder of “the Quaker Bank”
• George Lakey, Swarthmore professor, director of the Global Nonviolent Action Database
• A representative of Chestnut Hill Friends Meeting, which is planning to withdraw $1.9 million from PNC Bank, inspired by EQAT’s campaign.