Even the FDA Doesn't Know What Chemicals Are in Your Food 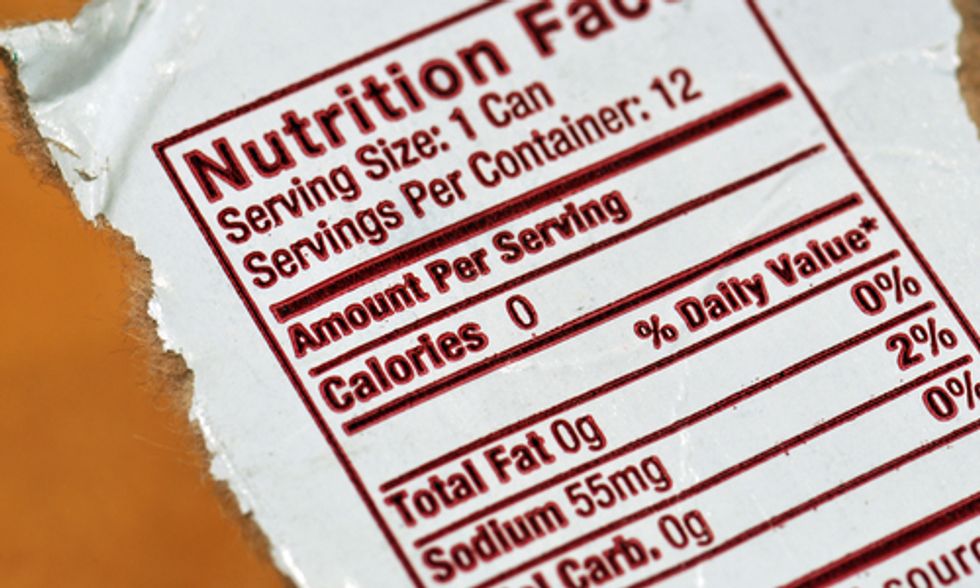 We all have secrets, from small ones (the scale isn’t broken, I ate too many cookies!) to bigger ones (yes, we knew for a long time that tobacco kills people).

For more than 50 years, many in the food industry have not had to disclose information to consumers and the Food and Drug Administration (FDA) about the safety of chemicals they put in our food. Additives manufacturers have taken advantage of a dysfunctional regulatory system that allows for minimal or no disclosure, is plagued with conflicts of interest, and provides weak oversight of something as vital to our health as food.

For consumers, it’s bad enough that most of the ingredients listed in packaged food have hard to pronounce names and we do not always know why they are there; we don’t know how much and how many chemicals leach from the packaging into the food; or little is known about the safety of those chemicals because a small percentage are actually tested.

But it gets worse: Companies can add chemicals into our food without ever telling the FDA about their identity, their uses and (wait for it) their safety!

As long as a company designates a chemical as being ‘generally recognized as safe,’ or GRAS in regulatory parlance, according to FDA’s interpretation of the law, it has no responsibility to inform the agency. FDA doesn’t know about the safety of an estimated 1,000 chemicals because they aren’t disclosed.

I’m still a child at heart and what do children do when they are told something is secret? Curiosity is innate. So, we sought to find out what these chemicals are, who is making these  safety decisions and why companies choose to forgo FDA’s review process. We identified 56 companies that appear to rely on undisclosed GRAS safety determinations for 275 chemicals. Sixty-two percent of them responded to our inquiries but did not share their safety determination with us; the remaining 38 percent, selling 218 chemicals, never responded us. The great majority of the chemicals were active ingredients in dietary supplements. You can read more about these companies and their reasons to go around the FDA in our Generally Recognized as Secret: Chemicals Added to Food in the United States.

How does this impact me and my family, you may ask? As long as FDA doesn’t know about the safety of thousands of chemicals, it cannot ensure the safety of the food we eat and cannot protect public health. It’s that simple. FDA has tried to figure out how to be informed about the safety of GRAS chemicals for many years; its last attempt was creating a voluntary program whereby companies submit their safety assessment and the agency’s scientists punch holes in their argument. If the company’s argument for safety is strong, the agency sends a “no questions” letter to the company.

If FDA starts raising concerns and the company sees that its argument could fail, a company can withdraw the submission without prejudice and can continue marketing the chemical.

We submitted a Freedom of Information Act (see Appendices)  request to the agency for information about 16 chemicals that companies submitted for review but along the evaluation process asked FDA to stop its assessment. In reviewing the FDA records we got, we noticed that the agency’s scientists asked excellent questions and had many concerns about the safety of chemicals. For instance, they were justifiably concerned about epigallocatechn-3-gallate (EGCG) because of its apparent liver, thyroid, testis, spleen and gastrointestinal toxicity in animal tests, and its ability to break down DNA in human cells which may be associated with fetal leukemia.

They were also concerned about GABA, a brain chemical, or theobromine, a stimulant, because by the companies’ own calculations people could be exposed to 5 times more than the safe dose if these chemicals were added to food. In other words, if the exposure is several times higher than the safe dose, the chemical’s use is not safe. Although our report shows the value of FDA’s reviews, the broken system doesn’t stop these potentially unsafe chemicals from reaching our plates, especially for those safety decisions that industry chooses not to disclose to FDA and the public.

How can something be ‘generally recognized’ and not disclosed at the same time? We have heard that these chemicals are “natural” (even though some are highly purified components of the natural source) and people have been eating them for centuries.

We also are told that companies don’t disclose because FDA posts the GRAS notifications it receives in its website and competitors can take advantage of it with little investment. But the lack of disclosure—at least of the studies used to justify a finding of safety—seemingly contradicts the regulations stating that “general recognition of safety through scientific procedures shall ordinarily be based upon published studies…” (21 CFR § 170.30(b)). Or, as an FDA reviewer told a company “[i]n other words, if a panel of experts reviews data that are not publicly available and subsequently renders an opinion regarding safety, even if the experts are well-recognized, the opinion does not meet the general recognition of safety (emphasis added) for GRAS ingredients because the data were not publicly available.”

The GRAS exemption, as it is currently being implemented by the FDA, means that the agency is unable to protect our food and our health. The law places the responsibility on FDA to ensure the safety of chemicals in food. If it doesn’t know what chemicals are in our food or have the documentation demonstrating their safety, it can’t do its job.

We must demand that FDA require that food manufactures inform the agency of safety decisions of chemicals in food. You can help us by taking action here.