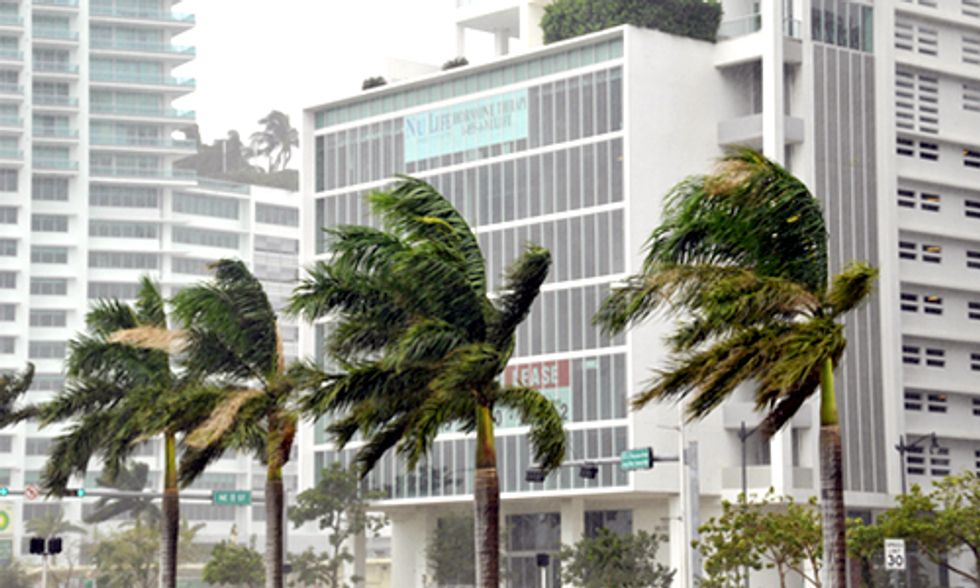 Evangelicals are frequently called out for appearing to care only about the unborn and giving little attention to post-birth conditions.

The 21-year-old Evangelical Environment Network, which describes itself as "a ministry that educates, inspires and mobilizes Christians in their effort to care for God's creation, to be faithful stewards of God's provision and to advocate for actions and policies that honor God and protect the environment," is working to change that impression.

Extreme weather, including more frequent destructive hurricanes, is one of the many impacts of climate change in Florida. Photo credit:
meunierd / Shutterstock.com

Led by its president Rev. Mitch Hescox, the group is delivering petitions with more than 60,000 signatures to Florida Governor Rick Scott, asking him to lead on climate change, which is already impacting the state in a multitude of ways. Hescox requested a meeting with Scott, a request Scott first honored and then retracted.

The text of the petition said:

"As Christians, we believe that God's grace empowers us to honestly confront the challenges we face and change for the better. We are failing to keep our air and water clean for our children, contributing to a changing climate that most hurts the world's poor and putting Floridians at risk as temperatures and sea levels continue to rise. To meet these challenges, we need leaders who understand our duty to God's creation and future generations. That's why we are calling on Gov. Rick Scott to create a plan to reduce carbon pollution and confront the impacts of a changing climate.”

While Hescox's statement that "the science is settled; it's not even a consensus—it is a unanimity—that human life begins at conception" ignores the fact that there's no consensus at all on when human life begins, let alone "settled science," there's much to cheer in a guest editorial he wrote for the Orlando Sentinel.

In it he said, "For us, being pro-life includes not only defending our unborn children, but also the biblical mandate to care for all life. Toxins and other pollutants foul our water, air, and soil, impacting the purity of life God intends for His creation. That's why creation care remains integral to being pro-life."

In his letter to Scott requesting the meeting, he said:

Our shared belief in Jesus calls us to love our neighbors, protect the vulnerable ("the least of these") and care for God's creation. These commands are directly linked to a great moral threat to humanity, climate change. Climate change just isn't in faraway places. Florida, your home, literally represents "ground zero." Sea level rise, more extreme weather, saltwater contaminated wells, loss of farm land and increased air pollution all pose significant threats to the health and well-being of Floridians.

Unfortunately, a few in our nation are attempting to portray addressing climate change as liberal issue. It's not. It's a moral challenge to all Americans. It is a call to follow our Risen Lord and act to prepare for the impacts, many of which are already happening, and to work to reduce our carbon pollution to help our children, now and in the future.

After Scott's failure to honor his request for a meeting, Hescox wrote in his blog that Scott has moved "from the cold into the lukewarm temperature range" on the environment. He praised him for "at least talking about" caring for the environment and taking some small steps to address water-related issues. But he adds that Scott "fails to mention that climate change is a major driver for water challenges."

Insurance Firms Warn of the ‘Uninsurable’ Future of Climate Change