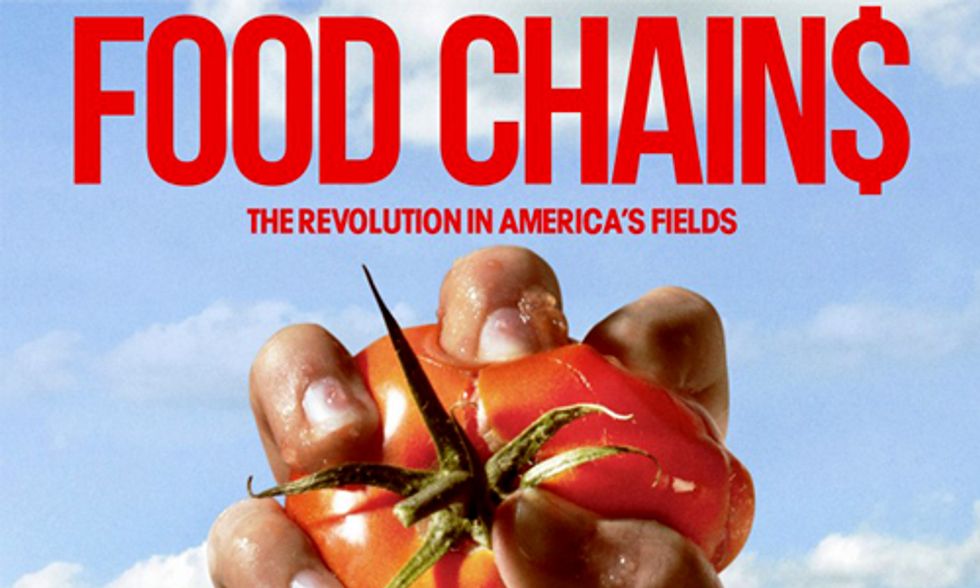 Farm labor today remains one of the most difficult and underpaid jobs in America, despite the advances made for farmworkers by groups like United Farm Workers. There's a brilliant new movie, Food Chains, that documents the plight of the modern farmworker and farmworker justice movement that has formed in response to this crisis.

The movie, produced by actress and activist Eva Longoria and Eric Schlosser, author of Fast Food Nation and producer of Food Inc., follows the Coalition of Immokalee Workers, which has formed the Fair Food Program to ask large retailers to pay just a penny more per pound of tomatoes and to refuse to buy tomatoes from farms with human rights violations.

"The real power today is with big fast food chains, big food service companies, and the huge supermarket chains. Pennies more on purchases of fresh fruits and vegetables could eliminate this problem and get rid of this misery," said Schlosser.

Alice Waters, chef and farm-to-table pioneer, calls this movie, "viscerally moving ... [it] shows a true lens into the lives of the very people who pick our food." More and more people are thinking about how their food was grown. Now they need to think about who grew and picked it.

10 Reasons Why You Feel So Good in Nature