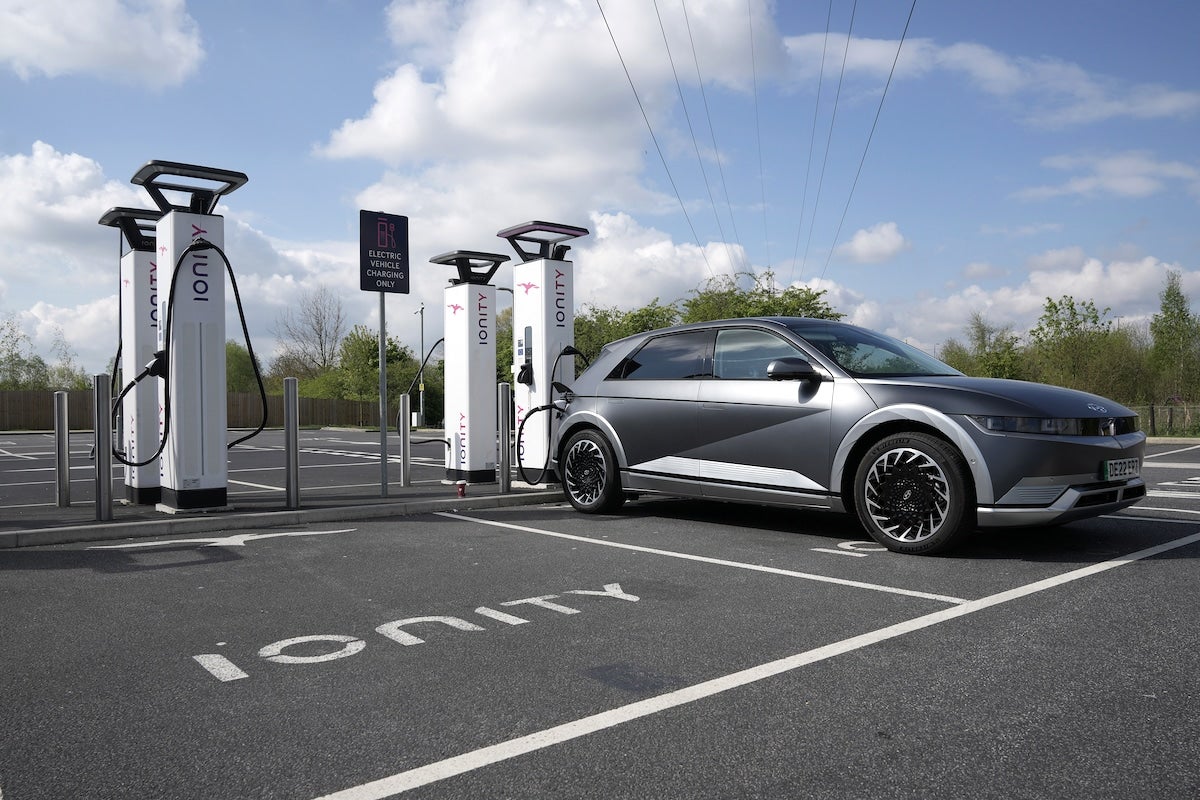 The invention of the first crude electric vehicle (EV) around 1832 has been credited to Scottish inventor Robert Anderson. EVs didn’t really become a thing in the U.S. until 1890, however, when the first successful EV was launched by Iowa chemist William Morrison, according to the U.S. Department of Energy. It was a six-passenger wagon that could only go 14 miles per hour, but it sparked the country’s interest in EVs. At one point New York City had a fleet of more than five dozen electric taxis, and by 1900, about a third of all vehicles were EVs.

Sadly, the introduction of Henry Ford’s Model T in 1908 was the beginning of the end for EVs for the time being, and by 1935, they were mostly a memory. That is, until the high gas prices and shortages of the late 1960s and early 1970s got people thinking about EVs again.

One of the issues with EVs initially was that when people got a taste of the freedom of traveling by car, they wanted to keep venturing farther. But not many people had electricity outside of cities back then, and what good is an electric car if you can’t charge it?

Fast forward to the present: EVs are catching on more than ever, but charging stations are still necessary for people to be able to enjoy the same freedom of movement with EVs as they have with gas-powered cars for the past century.

To facilitate this, the U.S. Department of Transportation (USDOT) has announced the approval of EV charging stations for all 50 states, as well as Puerto Rico and Washington, DC. States will have access to $1.5 billion in federal monies to build the chargers. The network will cover 75,000 miles of highway.

“America led the original automotive revolution in the last century, and today, thanks to the historic resources in the President’s Bipartisan Infrastructure Law, we’re poised to lead in the 21st century with electric vehicles,” U.S. Transportation Secretary Pete Buttigieg said in a press release from USDOT. “We have approved plans for all 50 States, Puerto Rico and the District of Columbia to help ensure that Americans in every part of the country — from the largest cities to the most rural communities — can be positioned to unlock the savings and benefits of electric vehicles.”

Last year, President Joe Biden said he wanted half of all U.S. vehicle sales to be electric by 2030, reported The Guardian. New vehicle efficiency standards that require new cars to lower their greenhouse gas emissions by ten percent beginning next year — which had been withdrawn under Donald Trump — were also reinstated by the U.S. Environmental Protection Agency and USDOT. Additional emissions reductions of five percent per year will be mandated until 2026.

Currently, the U.S. has about 47,000 EV charging stations. The White House goal of building a network of 500,000 EV charge points across the country by 2030 was announced in June.

“The great American road trip is going to be fully electrified, whether you’re driving along the coast, or on I-75 here in Michigan,” Biden said earlier this month at the North American International Auto Show in Detroit, as The Guardian reported.

USDOT said DC fast chargers should be funded by the states and EV charging infrastructure should be installed every 50 miles along interstate highways, reported Reuters. The charge points should also be no more than a mile from highways, and they should be able to charge four EVs at the same time.

“We’re not going to dictate to the states how to do this, but we do need to make sure that they meet basic standards,” Buttigieg said earlier this year, as Reuters reported.

The network of EV chargers will be funded by last year’s bipartisan infrastructure bill, which has $7.5 billion earmarked for charging infrastructure.

“With this greenlight, States, the District of Columbia and Puerto Rico can ramp up their work to build out EV charging networks that will make driving an EV more convenient and affordable for their residents and will serve as the backbone of our national EV charging network,” said Deputy Administrator of the Federal Highway Administration Stephanie Pollack in the press release. “The Federal Highway Administration will continue to work closely with States as we implement this historic funding under the Bipartisan Infrastructure Law to bring President Biden’s vision for a national electric vehicle network to communities across America.”