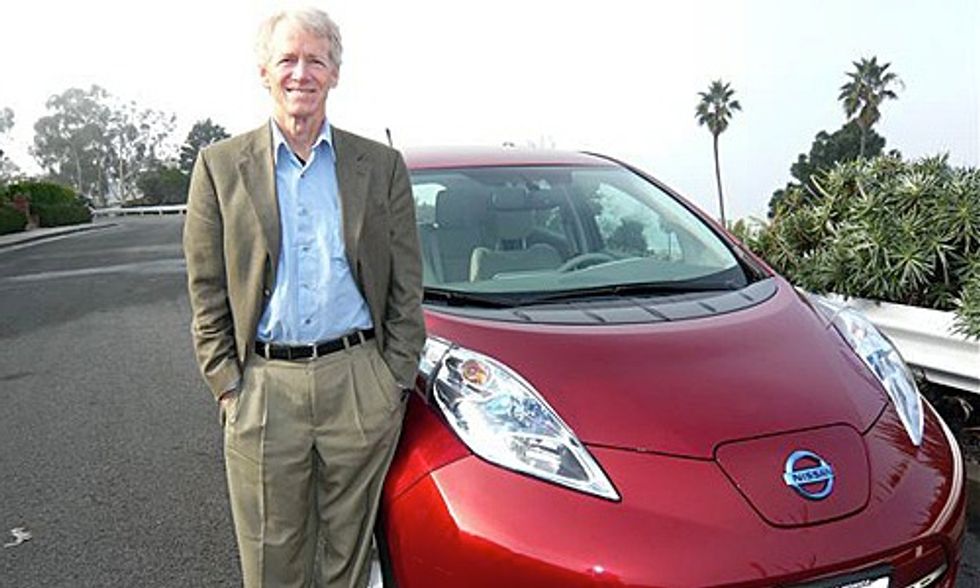 The advocate who was on the cusp of a one-on-one discussion with President Obama figures the big screen is his best chance to inform the nation's leader about the benefits of electric vehicles (EV).

This week, Plug In America co-founder and Nissan LEAF salesman Paul Scott announced the production of a documentary, My Lunch with Obama. The lunch—really intended to be a two-minute discussion—never took place after the Democratic National Convention (DNC) rescinded Scott's invitation, possibly in response to critics of Scott's plan to pay $32,400 of his retirement fund for the discussion and a seat at a fundraiser earlier this year in Santa Monica, CA.

"This seemed like a good way to spend my money, to push the economic benefits of electric cars for our nation," Scott told Mother Nature Network in June, following the DNC's decision. "My thought is that the average American pays this kind of money, over time, to the oil companies. We pay out $700 billion a year to Big Oil, and spend $80 billion a year protecting the oil supply.”

While Scott never got to speak to Obama, he was recently invited to an EV conference where he got to speak in front of leaders from the Netherlands, England, Germany, Norway, Sweden, Denmark and Belgium.