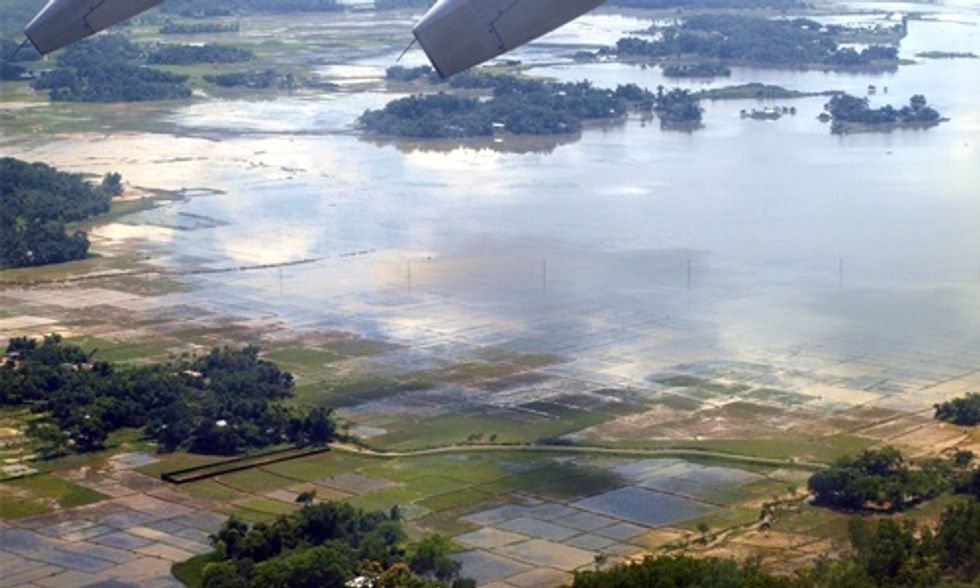 The former leader of one of the UK’s main political parties says the world will undergo more resource wars and huge movements of desperate people unless it tackles climate change effectively.

Lord Ashdown, who was leader of Britain’s Liberal Democrats for 11 years, describes the present flight of refugees from Syria and other conflict areas as a “rehearsal” for the vast humanitarian disaster he believes will soon unfold.

In a recent BBC interview on the Syrian refugee crisis, he said: “This is the beginnings of the future. It’s not going to go away.

“The numbers we now have of refugees fleeing battle zones are going to be diminished into almost nothing when we see the mass movement of populations caused by global warming.”

Lord Ashdown, a former marine and diplomat, known popularly as Paddy, told Climate News Network: “I raised the issue of climate refugees then because I’ve been trying for a very long time to get the international community to take some notice of them.

“I raised it to make the problem more obvious—though I do not know why politicians continue to be so blind to it.”

He said evidence of the impacts of climate change was plain to see: “You need only to fly over some of the areas that are being affected—like the Naga Hills on the border of India and Burma, or vast areas of the Ganges delta—to see clearly what’s happening.”

Tahmima Anam, a Bangladeshi writer and novelist, says that 50,000 people migrate every month to Dhaka, the capital city, because rising sea levels are making their villages uninhabitable and their arable land impossible to cultivate.

In both the UK and the U.S., military leaders are aware of the growing threat from climate change and expect to be ordered to react to its effects.

Lord Ashdown said: “If governments do not act, then wars over land and resources—which is what the second Iraq war was—will become more common.”

As long ago as 2003, a report prepared for the U.S. Department of Defense warned that global climate change is more likely to result in sudden, cataclysmic environmental events than a gradual and manageable rise in average temperatures.

Such events, the report said, could include a substantial increase in global sea levels, intense storms and hurricanes, and continent-wide “dustbowl” effects, which could lead to wars for access to food, water, habitable land and energy supplies.

“Violence and disruption stemming from the stresses created by abrupt changes in the climate pose a different type of threat to national security than we are accustomed to today,” the report said.

Lord Ashdown foresees a direct and controversial role for military forces in the near future − not simply in fighting these wars, but also in controlling refugee flows.

Asked whether he thought the UK’s armed forces would be ordered to defend the country’s borders, or to stop refugees leaving their countries of origin, or simply to play a humanitarian role, he replied: “All of those.”

He went on: “The idea of Open Europe is now under threat. We have to discuss how we can manage the future. Can you imagine what is going to happen?

“The Syrian crisis is simply a dress rehearsal for an immense climate-fueled disaster, which I think will begin to be felt within the next decade, perhaps within five or six years from now.”

Asked what his priorities would be for a government facing mass migration of this sort, Lord Ashdown replied: “Once the crisis is upon you, it’s too late to start working out your priorities.

“This is about forethought, the need to look ahead. And you can’t approach it on a purely British basis. It has to be an international effort consistent with our principles.”

The Yin and Yang of Cancer and Climate Change