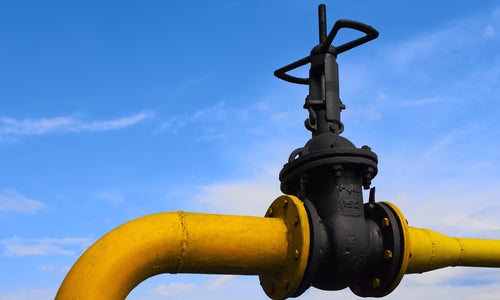 Given some member nations’ success with deploying renewable energy, the European Union surprised green advocates Wednesday with a report that focused more on diversifying its fossil fuel sources than clean energy or efficiency.

The European Commission issued the communication to leaders, with more discussion to come at a summit beginning June 26 in Brussels. The 28-country bloc is focused on decreasing dependence on Russian imports while increasing transparency, but mostly as it pertains to natural gas. That didn’t sit well with environmental groups.

“This is like a surreal [Alcoholics Anonymous] meeting where addicts are handed out phone numbers of new dealers instead of being helped out of their addiction,” Greenpeace UK energy campaigner Louise Hutchins said in a statement. 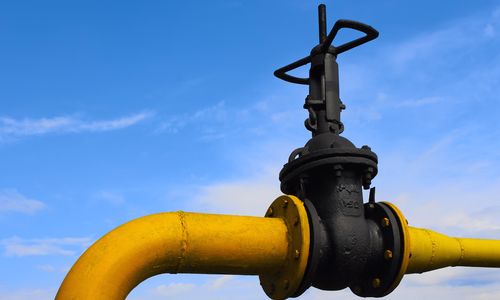 Europe’s big energy plan is heavy on natural gas and not much else.

According to an EU memo, Russia is the sole external supplier for six EU states, including three that rely on gas for more than one-quarter of their total energy needs. Russia sent 80 percent of its gas exports to Europe last year, with the largest volumes sold to Germany and Italy. However, instead of focusing on ways to clean up the mix, the EU Commission praises liquified natural gas as an “important source of diversification” and also mentions the idea of new investments in dangerous nuclear energy.

“It is baffling that the European Commission prioritizes highly uncertain supplies of gas from autocratic regimes like Azerbaijan, LNG exports from the U.S. or large-scale fracking in the EU in a strategy that seeks to improve the reliability of gas supplies to the EU,” Food & Water Europe Director Geert De Cock said. “Rather than looking for non-existent ‘abundant’ energy supplies, the Commission should have recognized that energy is and will remain scarce for the foreseeable future and that demand reduction for natural gas is the only no-regret option for the EU.”

The Commission included increasing gas stocks among its short-term plans, which, to Hutchins, represents a large step backwards.

“Europe’s big plan for energy independence is a timid attempt at rearranging the deck chairs on the Titanic,” Hutchins said. “The bloc’s reliance on dirty fossil fuels is at the root of its energy problem, yet the Commission’s plan does little to tackle it. In fact, pointing to false solutions like fracking and new gas pipelines will only lock us into fossil fuel dependence for decades to come.”