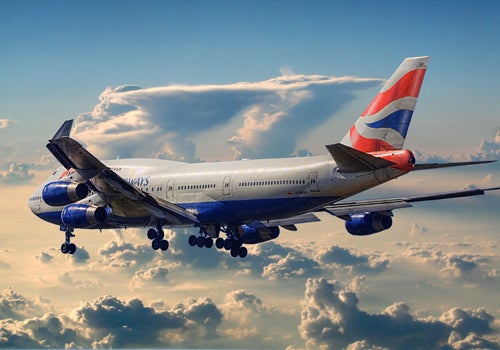 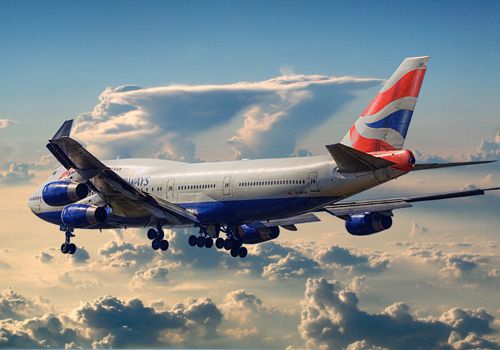 A transatlantic coalition of environmental groups applauded the decision of Europe’s highest court to uphold the European Union (E.U.) law to reduce carbon pollution from airplanes. The decision, from the Court of Justice of the European Union, affirms that the E.U. law is fully compliant with international law.

The E.U. Aviation Directive, the world’s only mandatory program to address emissions from aviation, will take effect in January 2012. The Dec. 21 decision is the suit’s final ruling in the Court of Justice, and the case will now return to the U.K. High Court, where airlines had originally brought the suit challenging U.K. regulations implementing the law. The U.K. High Court will implement the recommendations of the Court of Justice ruling.

“Today’s decision, from the highest court in the European Union, makes clear Europe’s innovative law to reduce emissions from international flights is fully consistent with international law, does not infringe on the sovereignty of other nations, and is distinct from the charges and taxes subject to treaty limitations,” said the coalition.

The court’s decision makes clear that existing law bars precisely the discriminatory treatment of airlines that the U.S. and others are calling for, and that the U.S.-E.U. Open Skies Agreement specifically provides for this type of action when pursued for environmental purposes. The decision also finds that the equivalent measures provision of the Aviation Directive “corresponds precisely” to the objectives of the International Civil Aviation Organization (ICAO) Resolution A37-19 regarding interaction of market-based measures.

The coalition’s six participants include three U.S.-based groups (Center for Biological Diversity, Earthjustice, and Environmental Defense Fund) and three European groups (Aviation Environment Federation, Transport & Environment, and World Wildlife Fund-U.K.). All six groups are intervenor-defendants in the litigation, and were represented by Kate Harrison of Harrison Grant and Jon Turner and Laura John of the Monckton Chambers.

Europe’s Aviation Directive, which includes aviation emissions within the European Emissions Trading System (EU ETS) from Jan. 1, 2012, is a pioneering law that holds airlines accountable for their emissions associated with their commercial flights into or out of E.U. airports. Aviation is one of the fastest-growing sources of greenhouse gas emissions, rising 3-4 percent per year. Until now, the sector has escaped regulations that would require emissions reductions.

Three U.S. airlines—United/Continental and American—and their trade association, Air Transport Association of America (now known as Airlines for America), challenged the legality of the Europe’s aviation emissions trading system. In October, an Advocate General—a senior legal advisor appointed by the Court of Justice of the European Union—issued a formal recommendation to the Court supporting the legality of the E.U. law. The 13-judge Grand Chamber has been deliberating the case since the Advocate General’s opinion was released Oct. 6.

“The Court’s finding reinforces the E.U.’s stance on finding a cost effective way of addressing the aviation’s significant and growing contribution to climate change. We hope that the focus will now shift away from obstructing its progress on the eve of its introduction and examine how such regional initiatives can form the building blocks of a global agreement.”

“We applaud this decision and the E.U.’s resolve against international pressure tactics. Until now, the airlines have sabotaged every effort to curb their greenhouse gas emissions, including introducing bills in the U.S. Congress that threaten to derail international aviation via global trade wars simply to avoid the E.U. permitting system. The industry should end its obstruction of common-sense.”

“This is an important victory for the planet. U.S. aircraft emissions account for nearly half of worldwide carbon dioxide from aircraft; that amount is expected to triple by mid-century. But the U.S. airline industry has fought to avoid playing its part in preventing runaway climate change. With U.S. airlines shirking their duty, Europe has had to take the lead. The airline industry should now pressure the U.S. government to level the playing field by imposing equivalent restrictions on aircraft pollution in the United States.”

“It is high time airlines actually live up to their green claims, and comply with the E.U. law, which will cut pollution and spark low-carbon innovation. Americans invented the airplane, now it’s time for us to create climate-friendly skies. The E.U.’s leadership challenges U.S. airlines to take charge and deliver to the flying public clean and green air travel.”

“With the EU-ETS cleared for take-off, the aviation industry has just ten days left to draw up a new flight plan. The news for airlines? The European Court has written your New Years Resolution for you—’We agree to join other responsible industries and start polluting less’.”

“In this season of goodwill to all men, we hope the airline industry will stop sending their lawyers to ruin everyone’s Christmas and start taking climate change seriously.”

“Today’s verdict is a victory for European law and environmental leadership. The Scrooges who have claimed that it is illegal to include international airlines in the ETS have been proved wrong. We hope that aviation industry lobbyists will now divert their energies into securing an ambitious global agreement to tackle the sector’s soaring emissions rather than trying to tear down the ETS, one of the few building blocks we have. The E.U. can now press ahead with implementing the scheme, and European governments must deliver on the aim that ETS revenues should be ring-fenced for action on climate change in developing countries. That would be a real win-win and the best Christmas present of all.”