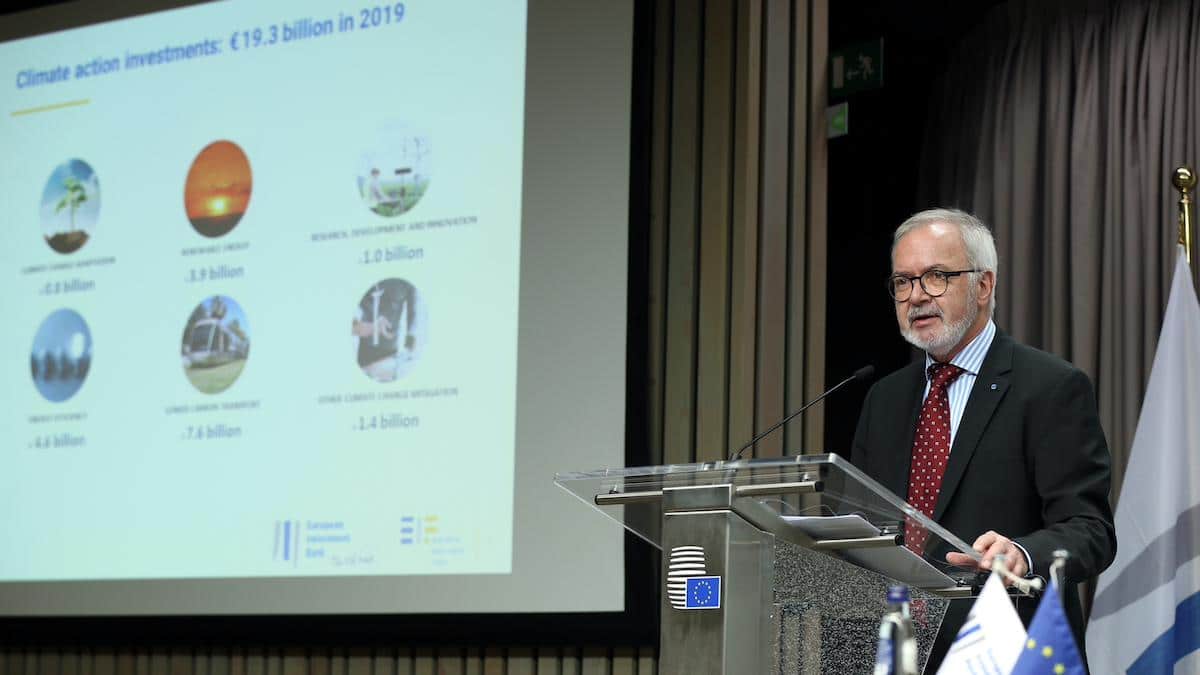 Noted author and 350.org co-founder Bill McKibben was among the first to celebrate word that the president of the European Investment Bank on Wednesday openly declared, “To put it mildly, gas is over” — an admission that squares with what climate experts and economists have been saying for years if not decades.

Dr. Werner Hoyer, president of the EIB — the investment bank publicly owned by the European Union’s member states — made the comments while presenting a review of the institution’s 2020 operations at a press conference in Luxembourg.

Calling a future break with fracked gas “a serious departure from the past,” Hoer added that “without the end to the use of unabated fossil fuels, we will not be able to reach the climate targets” to which the EU states — and therefore the bank — have committed.

McKibben and others responded to the comments as the most recent promising signal that the financial world is catching up with the climate science that demands a rapid and profound shift away from fossil fuels.

Head of the European Investment Bank: "Gas is over."

I'd say the message is starting to sink in.https://t.co/BYKCJO0EVS

Greenpeace EU also heralded the news and stated: “There’s nothing clean about gas — it’s not a ‘transition fuel’ or a ‘bridge fuel,’ it’s a dirty fossil fuel just like coal and oil. It’s time to stop bankrolling the #ClimateEmergency and stop public money back gas projects.”

Now we need to make sure it doesn't fund gas before its 2022 deadline, and make sure other banks realise this too! https://t.co/n7o7OosRP4

The EU aims to reach net zero emissions by 2050 and is expected to adopt a new carbon reduction target of -55% for 2030. However, gas has remained a grey area, with the European Commission saying it will still be needed to help coal-reliant EU member states transition away from fossil fuels.
Under their climate bank roadmap published in 2020, the EIB plans to use 50% of its activity to support climate and environmental sustainability, unlocking €1 trillion for green funding by 2030. It will also ensure that all activity is aligned with the Paris Agreement.

Others emphasized what a historic shift the comment represents from even just a few years ago:

While many European climate groups and financial watchdogs have criticized the EU member states and the EIB itself for not moving forward fast enough with proposed reforms to reduce greenhouse gas emissions, Hoyer said Wednesday that the shift away from fossil fuels is paramount and that even the Covid-19 pandemic wreaking havoc across the continent must not act as a roadblock.

“We have achieved unprecedented impact on climate, preparing the ground for much more,” Hoyer said in his remarks. “But the risk of a recovery that neglects climate and the environment remains.”

“The fight against climate change cannot wait until the pandemic is over,” he added. “The [Covid-19] crisis is not a reason to stop tackling the climate and environmental challenges facing humanity.”