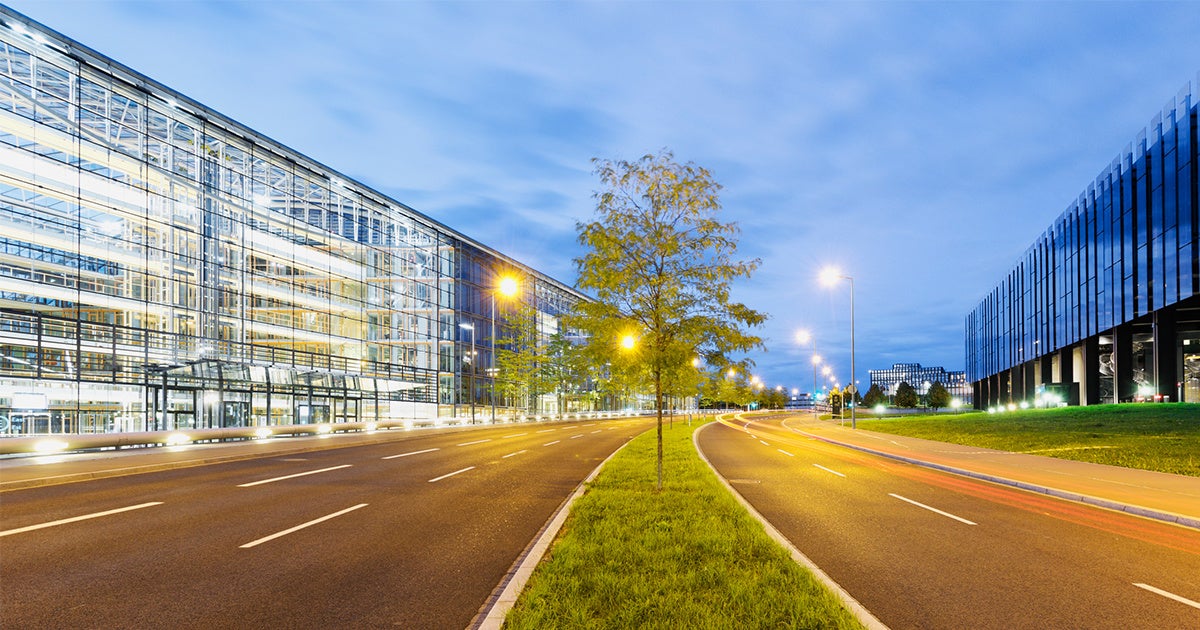 The European Investment Bank building (left) across from the European Court of Justice in Luxembourg. Westend61 / Getty Images

When the calendar turns over to 2021, fossil fuel companies won’t have the European Investment Bank (EIB) to turn to for loans anymore. The EU’s lending arm has decided to use its money to help stop the climate crisis by no longer funding fossil fuel projects and to ramp up its investments in clean energy, according to Bloomberg.

The EIB’s plans will stop companies that rely on coal, oil or gas in their infrastructure projects from applying for funding. The move dovetails with the EU’s sense of urgency in stopping the global climate crisis that has the continent sweltering this summer under record-setting temperatures. Besides the heat, European countries have also seen an increase in storms and floods linked to the climate crisis, which fossil fuels contribute to.

“These types of projects will not be presented for approval to the EIB Board beyond the end of 2020,” said the EIB’s strategy paper, as Reuters reported.

The EIB’s strategy paper laid out its focus on long-term investments that aligns with the Paris agreement, which aims to cap a global rise in temperatures at 1.5 degrees Celsius above 1990 levels.

“This transition will be profound. Solidarity is required to ensure that potentially vulnerable groups or regions are supported,” the report said, as The Guardian reported.

The bank plans to create an energy transitions fund to support projects that will help member states transition to cleaner energy. The strategy paper sets a markedly different strategy for the lender, which has heavily funded fossil fuel projects for the past six decades, including the Transadriatic gas pipeline and oil storage facilities in Cyprus.

The move away from fossil fuels comes after a growing wave of pressure bearing down on financial institutions to cut their ties to projects that increase greenhouse gas emissions.

In June, for example, 80 civil society organizations and academics published an open letter to the EIB demanding that it end its fossil fuel financing, which was nearly billion in 2018. The letter accused the bank of “lagging behind the science” underpinning the climate crisis, according to The Guardian.

“The EIB’s proposal to end financing for fossil fuels by 2020 is a massive step forward in climate leadership,” said Alex Doukas, from Oil Change International, as The Guardian reported. “With this move, the world’s largest multilateral lender is now poised to leave oil, gas and coal in the past. The EU member states who control the bank must now stand behind the EIB’s ambitious climate vision, and other financial institutions should quickly follow suit to stop funding fossils.”

Colin Roche, a campaigner at Friends of the Earth Europe called the proposal is “a crack of light in the darkness,” as The Guardian reported. “While the EU and national governments are floundering as the planet burns, the EU’s public bank has made the brave, correct and just proposal to stop funding fossil fuel projects. We are now urging the European Investment Bank’s board to endorse this step forward, and ensure there are no loopholes for fossil fuel funding.”

The EIB board, which is made up mostly of EU finance ministers, will discuss the proposals at a meeting in September, though a final decision could take longer, according to Reuters.