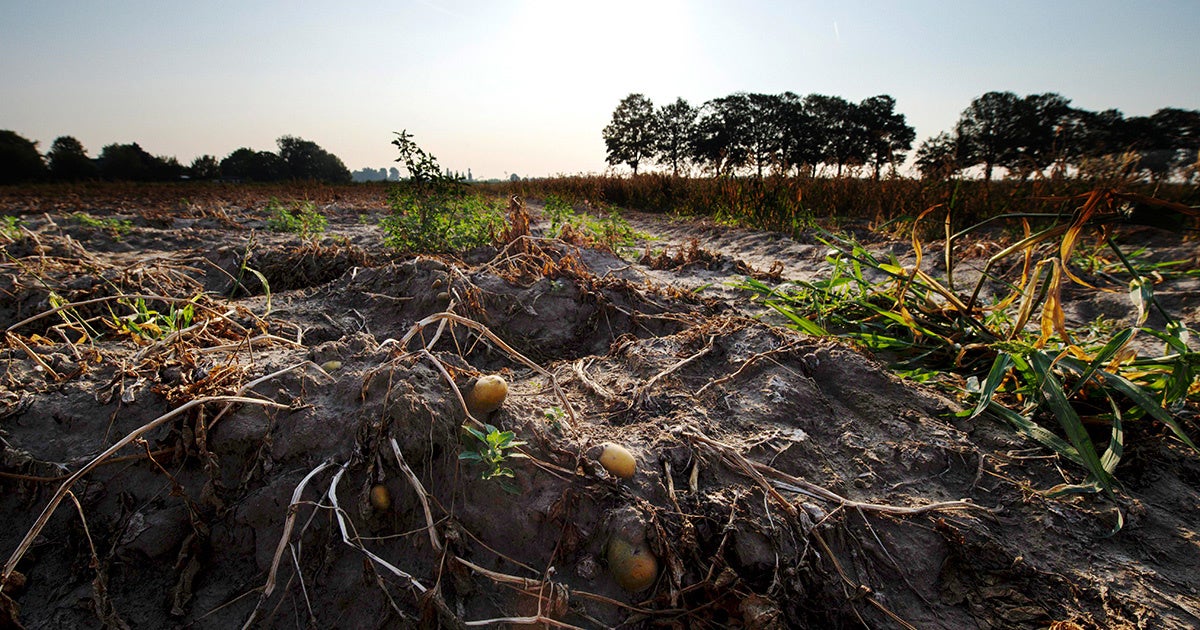 For farmers in central and northern Europe, this summer’s unusually high temperatures aren’t just uncomfortable, they are putting their harvests at risk, The Guardian reported Friday.

The drought, caused by high temperatures and low rainfall since May 2018, is the worst in recent memory for the region, according to The Guardian.

“Older families around me are comparing this to 1976,” 25-year-old Dutch farmer Iris Bouwers told The Guardian. “My dad can’t remember any drought like this.”

Bouwers said her family stood to lose €100,000, as their potato crop is likely to fall by 30 percent, and their savings won’t cover the loss because of an investment made in a pig stable.

They aren’t the only ones. The German Association of the Fruit, Vegetable, and Potato Processing Industry announced Tuesday they expected to see a smaller, less quality potato crop that would lead to a 25 percent revenue loss in the agricultural and potato processing sectors, Earther reported.

EU grain growers are also expecting their smallest harvest in six years, Bloomberg reported. Many German farmers could go bankrupt if their crops fail again, and, for some German farmers, things are so bad that they are destroying crops instead of attempting to harvest them.

“It looks like a desert out there,” German dairy and grain farmer Thomas Gaebert told Bloomberg of his land.

The Swedish Farmers Association estimated that if rain doesn’t fall soon, its members could lose eight billion Swedish kronor and many could go bankrupt.

“This is really serious,” Swedish Farmers Association co-chair Lennart Nilsson told The Guardian. “Most of south-west Sweden hasn’t had rain since the first days of May. A very early harvest has started but yields seem to be the lowest for 25 years—50% lower, or more in some cases – and it is causing severe losses.”

Overall, in its July Analytical Report, the European Drought Observatory (EDO) found there was a “high deficit in soil moisture” in Scandinavia, Latvia, The Netherlands, northern Germany, Scotland and most of Ireland and an “even stronger deficit” complete with “vegetation stress” in western Belarus, western Poland and parts of the Czech Republic.

But once this year passes, climate change predictions for the region suggest that farmers could see many more like it.

A spokesperson for the EU’s Joint Research Center, which runs the EDO, told The Guardian that farmers should prepare by moving towards “diversification or change of crop types and varieties, but also a more efficient use of water.”