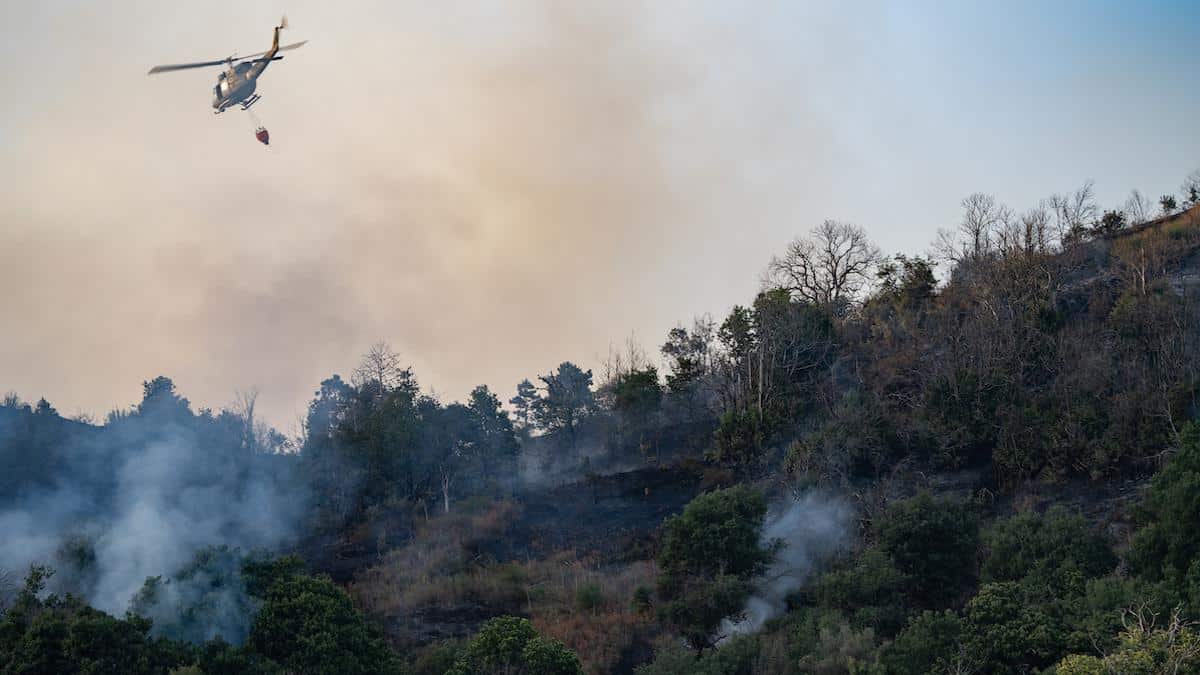 As wildfires swept through the Italian island of Sicily, fueled by an extreme heatwave, officials in one city recorded on Wednesday what is believed to be the highest temperature ever recorded in Europe.

Local meteorologists in Siracusa reported that temperatures reached 48.8ºC or 119.8ºF, breaking the continent’s previous record of 118.4ºF, which was set in 1977 in Athens.

The World Meteorological Organization still needs to independently confirm the high temperature. Local reports of the new all-time record are in line with the weather extremes that have been seen in the Mediterranean region.

Firefighters in Sicily and Calabria have carried out more than 3,000 operations in the last 12 hours. Thousands of acres of land have burned, and at least one death was reported in Calabria when a 76-year-old man’s home collapsed in flames.

“We are losing our history, our identity is turning to ashes, our soul is burning,” Giuseppe Falcomata, the mayor of the historic city of Reggio Calabria, said in a statement on social media.

Francesco Italia, the mayor of Siracusa, told La Repubblica that the area is “in full emergency.”

“We are devastated by the fires and our ecosystem — one of the richest and most precious in Europe — is at risk,” Italia said.

As Common Dreams reported Wednesday, wildfires driven by extreme heat have devastated other parts of the Mediterranean.

In Algeria, at least 65 people have been killed in wildfires in recent days, including 28 soldiers who had been deployed to battle the flames. Twelve firefighters were also in critical condition in hospitals on Wednesday.

In Greece, most of the wildfires that have burned through the country this week were under control on Thursday. Surveying the damage, Prime Minister Kyriakos Mitsotakis called the fires “the greatest ecological catastrophe of the last few decades.”

“We managed to save lives, but we lost forests and property,” Mitsotakis said at a Thursday press conference in Athens.

The wildfires started amid an intense heatwave that lasted several days and forced officials to call on firefighters from 24 other countries across Europe and the Middle East to help fight 100 active fires per day.

Mitsotakis did not express confidence that the situation will remain under control in the coming weeks, as the country’s wildfire season continues.

“We are in the middle of August and it’s clear we will have difficult days ahead of us,” the prime minister told reporters.