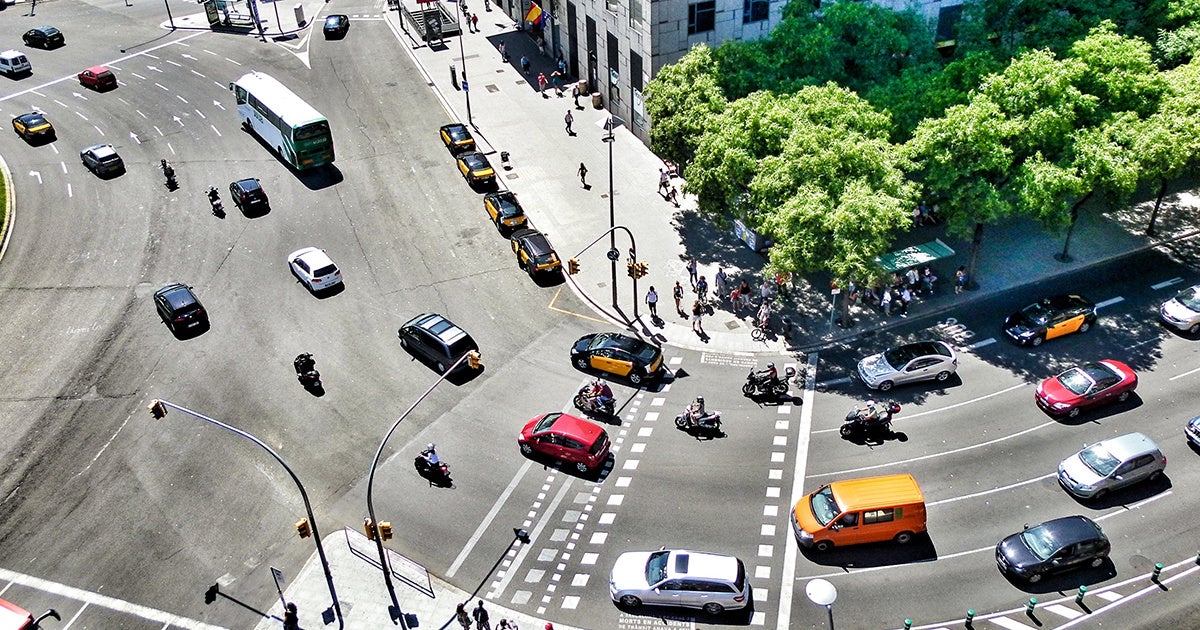 Europe must phase out the sales of new gasoline- and diesel-fueled cars by 2028 if it wants to live up to its
Paris climate agreement emissions-reduction pledges, according to new research by Germany’s Aerospace Center.

Even conventional hybrid cars, which feature gasoline-powered
engines, would have to disappear by the mid-2030s if Europe intends to fulfill its part of the Paris deal to limit global warming to 1.5°C, according to the Greenpeace-commissioned study.

The researchers only analyzed the share of auto emissions in Europe. More research is needed for regions such as Asia or the Americas, as it is “entirely possible that some countries would need to phase out fossil fuel cars even quicker,” Richard Casson, of Greenpeace’s air pollution campaign, noted in a
blog post about the new study.

For the study, the German researchers compared the European Union’s current passenger car carbon emissions with the so-called “carbon budget” available to keep global warming under 1.5°C, with a likelihood of 50 percent and 66 percent respectively.

They found that if the current annual CO2 emissions from Europe’s passenger cars continue unchecked, the carbon budget would be completely depleted within 10 years under the 50 percent scenario, and within 5 years in the 66 percent scenario.

If we want a chance at limiting global warming to 1.5ºC, then we need to make fossil fuel cars history in the next ten years. #CleanAirNow https://t.co/vSWyYtrybA pic.twitter.com/XCAwObPaBG

The researchers warned that “quick and stringent” CO2 emission reductions are necessary from passenger cars.

“Auto CO2-emissions need to peak as soon as possible,” German Aerospace Center Director Horst Friedrich told the
Guardian. “Looking at the dwindling carbon budget it is crucial to push low-emitting cars into the market, the earlier the better, to renew the fleet.”

“The phasing-out of the internal combustion engine in passenger cars will not only benefit the climate, it will also help solve the air pollution crisis and improve quality of life for everyone,” said Barbara Stoll, Greenpeace Clean Air campaigner, in a press release.

Greenpeace, however, is not asking every driver to make the switch to electric vehicles.

“Cutting pollution from transport doesn’t only have to be a choice between fossil fuel power cars and electric ones,” Casson wrote. “A truly sustainable plan for transport should be about constructing more bike lanes, building cycling infrastructure that would make it easier for people to get around without cars. It should be about making public transport more affordable, leading to more people using trains or buses to get around. And it should be about investing in car sharing schemes, and
reducing the amount of vehicles on the road.”