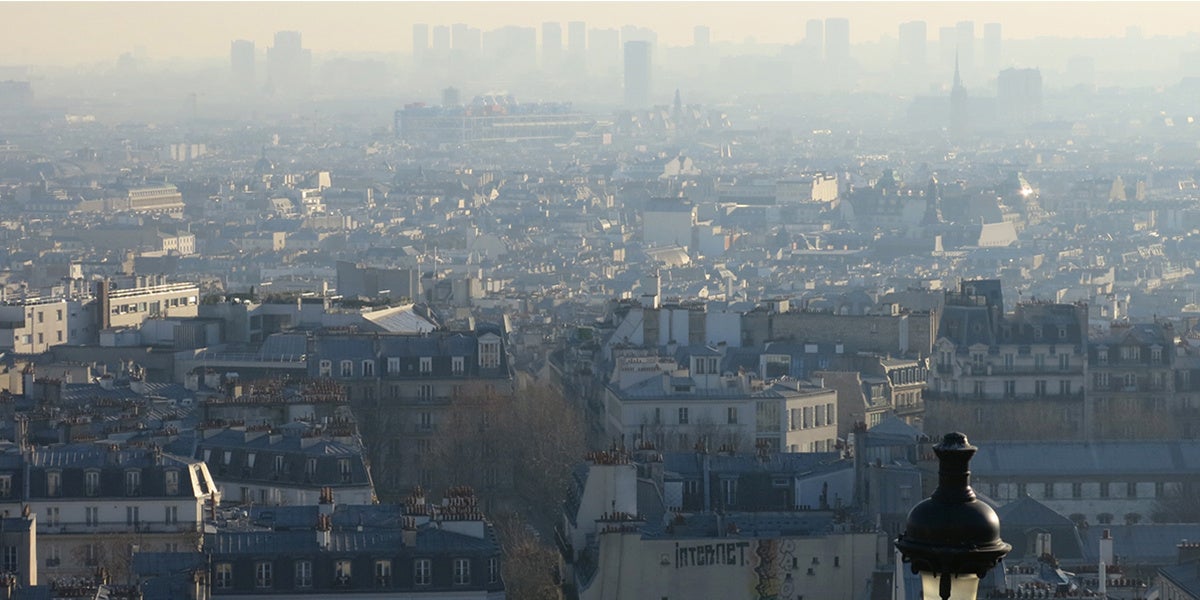 Air pollution in Paris in December, 2016 as seen from Montmartre. Tangopaso / Wikimedia Commons

The European Commission confirmed in a statement Thursday that it would pursue legal action against six European countries for exceeding air pollution limits set for 2005 and 2010, Air Quality News reported.

The commission is referring France, Germany, the UK, Italy, Hungary and Romania to the European Court of Justice (ECJ), which could fine them millions of euros if they do not act quickly enough to solve the problem, The Guardian reported.

All six nations were given a final warning in January and failed to propose pollution plans that would solve the problem quickly enough, The Guardian reported.

Air pollution kills more than 400,000 people in the EU each year.

“We have waited a long time and we cannot possibly wait any longer,” European Commissioner for the Environment Karmenu Vella, who issued the statement confirming legal action, told The Guardian. “We have said that this commission is one that protects. Our decision follows through on that claim. It is my conviction that today’s decision will lead to improvements for citizens on a much quicker timescale.”

Three other countries issued warnings in January—Spain, Slovakia and the Czech Republic—have since adopted pollution control measures that satisfied the commission.

High levels of nitrogen oxide like those recorded in Germany, the UK and France are largely due to the use of diesel cars, for which effective exhaust scrubbing systems have not been developed as they have for diesel trucks, DW reported.

For Poliscanova, this means Germany has a lot of power to solve the problem if its government is willing to stand up to the auto industry.

“[Germany has] the largest automaker industry, and they also certify most of the cars for the EU market. They have the power to actually change something,” she told DW

The UK has also faced internal criticism for its air quality. In March, a historic joint inquiry by four parliamentary committees declared it a “national health emergency.”

UK lawyers ClientEarth have sued the government three times in UK court over inadequate air quality plans. The court forced the government to strengthen its 2017 plan and enforce stricter standards by the end of 2018.

“On top of our three successful cases, today’s legal action from the European commission is more damning evidence of the mountain the UK government still has to climb to bring air pollution to within legal limits, ” ClientEarth CEO James Thornton told The Guardian.

In 2017, a Parisian yoga teacher sued the French government over air pollution, saying her health had deteriorated when air pollution levels in the French capital broke records in December 2016, the BBC reported.