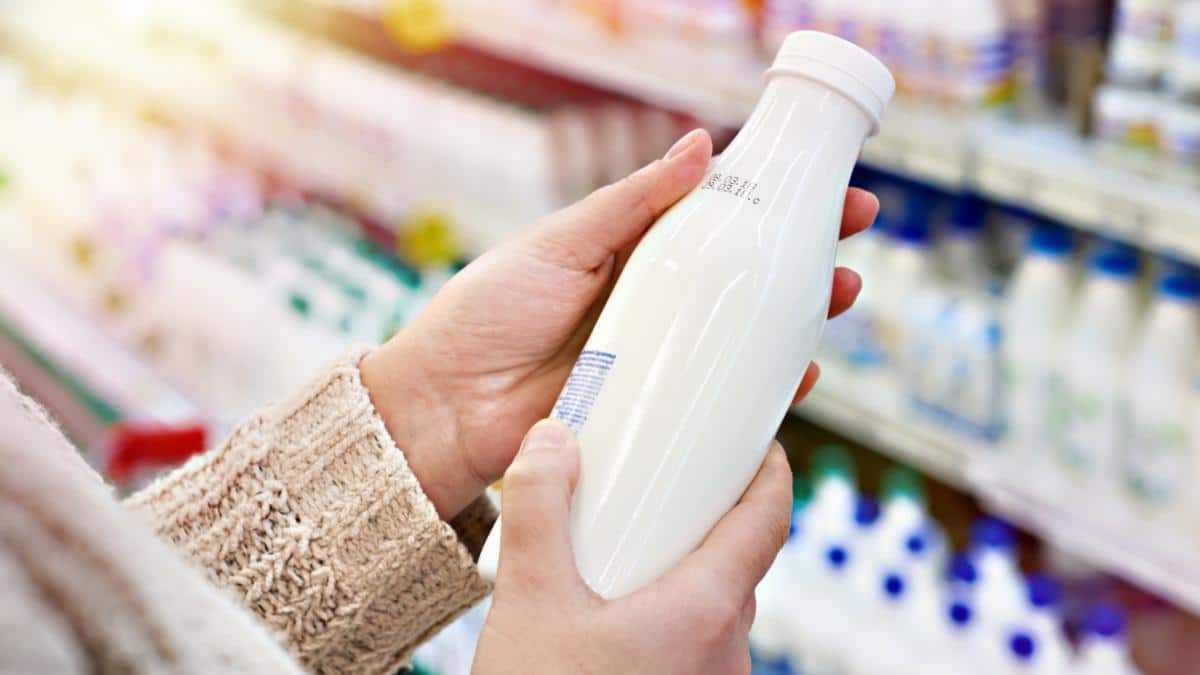 New EU rules could ban the vegan industry from even referencing anything dairy-like or using packaging associated with dairy products. sergeyryzhov / Getty Images

What’s in a name? Apparently, a lot. According to the European Union (EU), plant-based, dairy alternatives commonly referred to as almond milk or vegan cheese cannot be marketed as such. New, stricter rules under consideration this week could ban the vegan products from even referencing anything dairy-like or using packaging associated with the dairy industry.

In 2017, the European Court of Justice ruled that dairy terms, including milk, cheese, butter and yogurt, could only refer to products derived from an animal, and not plant-based alternatives. A new set of rules, known as Amendment 171, now aim to increase restrictions and make it illegal for plant-based foods to be compared to dairy products at all.

The so-called “Dairy Ban” passed a final vote in the European parliament in Oct. 2020 by a narrow 54 percent majority, The Conversation reported. This week, Amendment 171 will be considered for approval by the EU Council of Ministers and the European Commission, The Conversation added. If approved by both, the amendment will become law.

So, what exactly does Amendment 171 mean for tofu cheese, soy yogurt, vegan butter and other plant-based, dairy-alternative products steadily coming into the mainstream? The new rules would prohibit “imitation or evocation” of dairy products, Politico reported. Interpreted broadly, descriptions such as “creamy,” “cheese-alternative,” “milk-free” and “does not contain milk” would be illegal, Plant Based News reported. In the extreme, the rule could even require package redesign, as milk cartons and yogurt cups are most commonly associated with dairy, The Conversation reported.

Vegan producers would also be prevented from discussing the health or environmental advantages of their plant-based products by comparing them to traditional dairy products. Because of the high carbon footprint of animal products, studies have found that going vegan is the best thing consumers can do for the planet. Indeed, in a 2019 leaked report from the United Nations, climate scientists felt that a shift to vegetarian diets is necessary to save the world.

With the proportion of vegans in the EU doubling in the last four years and up to one-third of all consumers self-identifying as “flexitarians” rather than meat-eaters, according to a Veganz survey, the commercial implications of pro-dairy censorship are huge.

“Given the climate crisis, it’s irresponsible to try and prevent us from encouraging people to make the switch to plant-based and help protect the planet in the process,” Cecilia McAleavey, director of public affairs and sustainable eating for Swedish oat milk brand Oatly, told Food Navigator. “People are not stupid — everyone understands that this is an attempt by the dairy lobby to hinder the shift towards sustainable plant-based eating.”

The dairy industry claims that Amendment 171 prevents consumer confusion, reported The Conversation. The use of dairy-related terminology on plant-based products could mislead consumers, the industry argues. Is it either dairy-based or it’s not.

The lobby noted that similar laws exist within the EU to protect the national origin of products such as “Champagne” and “Parmigiano,” The Conversation reported. A 2017 Cambridge study called such intentionally ambiguous language “food fraud” meant to “[induce] a false impression on the consumer” and found that such behavior had an increasing economic impact on the continent.

The vegan-alternative sector claims that its products need to be evaluated against conventional dairy products to showcase health and environmental benefits. Politico argued that a broad application of Amendment 171 could actually censor essential information for consumers suffering from dairy allergies and intolerances. Without terms like “dairy-free” and “milk-alternative,” shopping could become needlessly difficult for these people, the report said.

Packaging changes could also confuse consumers, if, for example, plant-based cheese can no longer be sold as a classic block shape that indicates what it is, as well as its anticipated flavor and texture, Politico said.

In an Instagram response to Amendment 171, Oatly called its passage a “wacko, incomprehensible direction to take in the middle of a climate crisis.” Oatly, Upfield and other plant-based brands launched a petition to overturn Amendment 171, Food Navigator reported. They argue that the ban is counter to the EU’s stated goals to improve public health and environmental sustainability, Food Navigator added.

“Making it illegal to name, package and depict plant-based foods in the way we have done for over 100 years is a serious step backwards,” said Upfield’s Janette Fielding. “Consumers are looking for strong EU leadership on climate and environment. That means tearing down bureaucratic barriers to sustainable and healthy eating, not building them higher.”