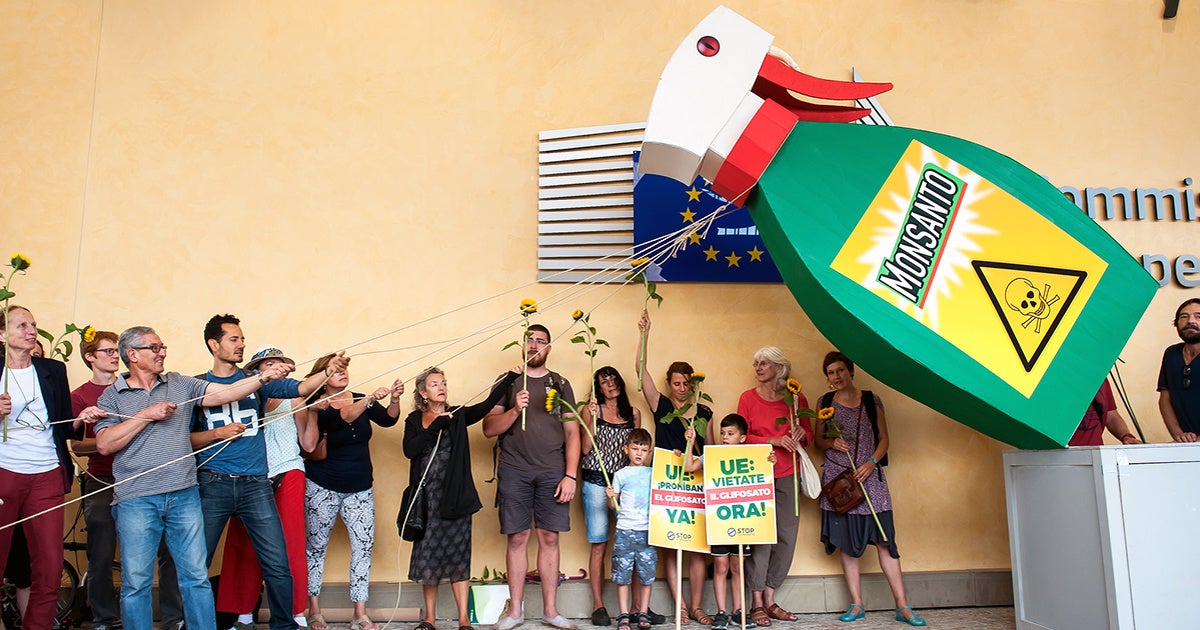 Monsanto lobbyists were officially barred by the European Parliament on Thursday after refusing requests to participate in hearings about the U.S. corporation’s efforts to influence regulations of its controversial glyphosate within the 28-nation bloc.

The ban was announced by the parliament’s presidential council under rules designed to combat misbehavior by those lobbying the EU’s lawmaking body. It is the first time, the Guardian noted, that “MEPs have used new rules to withdraw parliamentary access for firms that ignore a summons to attend parliamentary inquiries or hearings.”

The Greens/EFA Group in the parliament, which had requested Monsanto’s removal after the biotech giant’s refusal, welcomed the decision.

“This is strong democracy. Those who escape democratic accountability must be excluded from access to lobbying,” said MEP Sven Giegold, financial and economic policy spokesperson for the Greens/EFA and parliament’s rapporteur for Transparency, Accountability and Integrity. “If Monsanto does business in Europe, it must also face up to its responsibilities before the European Parliament.”

The lobby ban will be a bitter blow to Monsanto’s advocacy campaign ahead of a decision later this year about the relicensing of glyphosate, which has been linked to cancer by one expert WHO panel.

Another deemed it safe for public use, but Monsanto’s outreach to regulatory agencies in the US and Europe sparked controversy and prompted the parliamentary hearing.

Philippe Lamberts, president of the Greens/EFA, added, “Those who ignore the rules of democracy also lose their rights as a lobbyist in the European Parliament. U.S. corporations must also accept the democratic control function of the parliament. Monsanto cannot escape this. There remain many uncertainties in the assessment of the pesticide glyphosate. Monsanto has to face the questions of parliamentarians and should not hinder the clarification process.”

In response to the decision in Brussels, critics of the powerful company wondered if the U.S. would ever take such measures:

When will this happen in the US? EU Group Presidents to withdraw access to Monsanto lobbyists https://t.co/ODfOhtxRSi