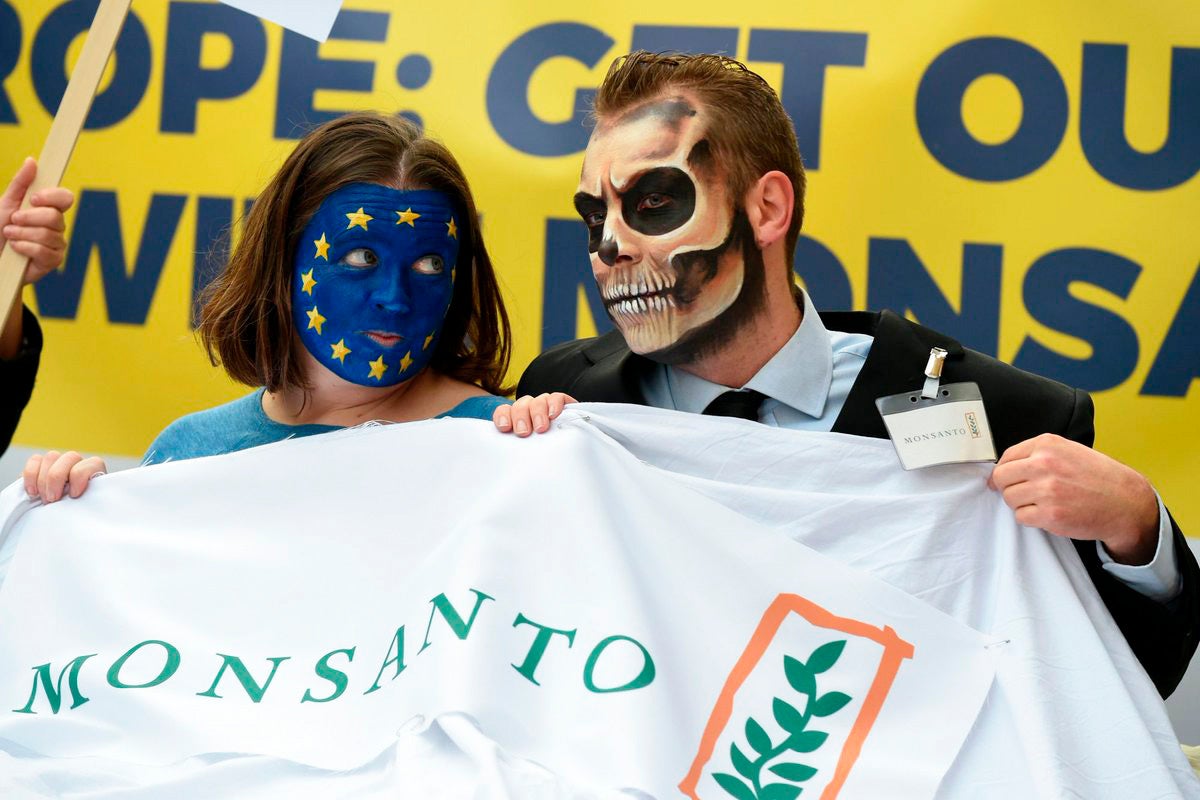 Green groups and public health advocates on Monday denounced the European Commission’s vote in favor of extending the license of glyphosate, the active ingredient in Monsanto’s Roundup pesticide which scientists have labeled as a “likely carcinogen.”

Eighteen member states of the European Union approved of the use of the weed-killer’s use for the next five years, with nine voting against the extension and Portugal abstaining. Sixteen votes were needed for the extension to pass; Germany swung the vote after having been on the fence in recent weeks.

Greenpeace EU noted in a press release following the vote that the commission’s new approval of the chemical is based on flawed science: a “health risk assessment of glyphosate, which states there is insufficient evidence of a cancer link, despite the WHO’s classification of the weedkiller as a probable cause of cancer.”

Commission and most governments have failed Europeans. They obviously care more about threats of corporate lawsuits than people’s health and the environment.https://t.co/gCUs8JDRP9

An assessment done by the World Health Organization in 2015 found it to be “probably carcinogenic.”

“The people who are supposed to protect us from dangerous pesticides have failed to do their jobs and betrayed the trust Europeans place in them,” said the group’s food policy director, Franziska Achterberg. “The European Commission and most governments have chosen to ignore the warnings of independent scientists, the demands of the European Parliament and the petition signed by more than one million people calling for a glyphosate ban.”

Friends of the Earth Europe also expressed dismay at the decision.

“Today’s approval, even if only for five years, is a missed opportunity to get rid of this risky weedkiller and start to get farmers off the chemical treadmill,” said the group’s senior food and agricultural campaigner, Adrian Bebb. “Five more years of glyphosate will put our health and environment at risk, and is a major setback to more sustainable farming methods.”

As the commission voted on Monday, protesters were gathered outside its headquarters in Brussels wearing masks and holding a sign that read “Democracy vs. Glyphosate.”

Critics argued that the 18 countries that voted for the license extension did so under pressure from Monsanto, the maker of Roundup, which is used widely in Europe. In Germany alone, about 40 percent of crop-growing land is treated with the weedkiller. Monsanto has been accused of suppressing information about the potential dangers of Roundup and ghost-writing research that portrayed the herbicide in a positive light

27/11/2017 Germany made a historical mistake by shifting from abstention to voting in favour of 5 years renewal of #glyphosate , very narrowly allowing EU farmers', consumers' & ecosystems' continued poisoning. At least is the use of glyphosate already banned in organic farming. https://t.co/U9VOsGk2QB

Monsanto wanted 15 yrs for #glyphosate but had to fight hard for 5. Today, Germany bowed to corporate pressure, ignoring their own citizens & the EU Parliament to give the chemical industry an early Christmas present. Public opposition will only continue to build! #StopGlyphosate pic.twitter.com/CF2cbEnpst