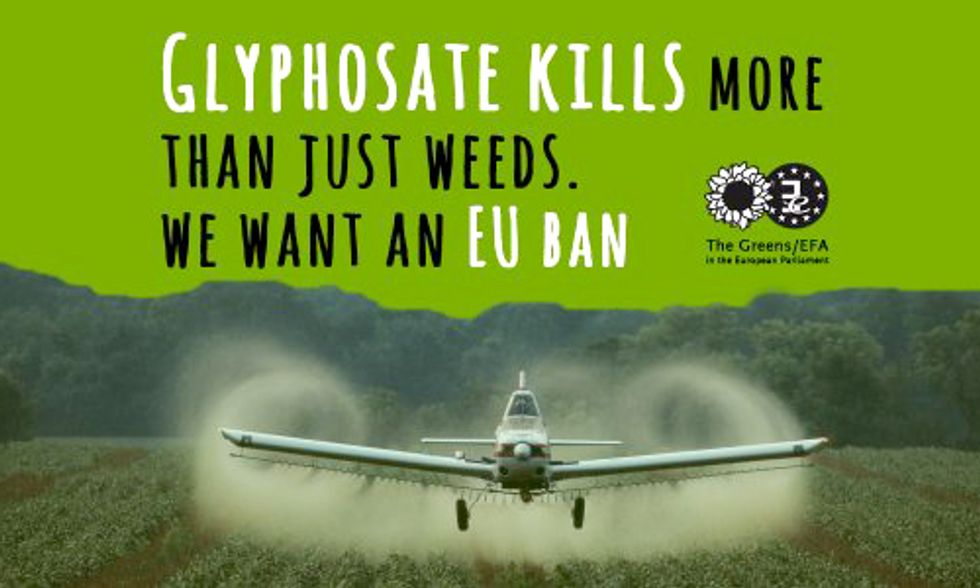 By The Greens / European Free Alliance

A proposal for a temporary "technical extension" of the EU approval of the herbicide glyphosate failed today to secure the support of a majority of EU governments.

"We applaud those EU governments who are sticking to their guns and are refusing to authorize this controversial toxic herbicide," Bart Staes, Green environment and food safety spokesperson, said. "There are clear concerns about the health risks with glyphosate, both as regards it being a carcinogen and an endocrine disruptor. Moreover, glyphosate's devastating impact on biodiversity should have already led to its ban. Thankfully, the significant public mobilization and political opposition to re-approving glyphosate has been taken seriously by key EU governments, who have forced the EU Commission to back down.

"Three strikes must mean the approval of glyphosate is finally ruled out. After the third failed attempt, the Commission must stop continuing to try and force through the approval of glyphosate. Such a move would raise major democratic concerns about the EU's decision-making process. The process of phasing out glyphosate and other toxic herbicides and pesticides from agriculture must begin now, and this means reorienting the EU's Common Agricultural Policy towards a more sustainable agricultural model."

With the current approval of glyphosate set to expire at the end of June and insufficient support from EU governments for re-approval, the European Commission had proposed a "technical extension" of the current approval until after the European Chemicals Agency delivers its opinion on glyphosate (12-18 months). European Chemicals Agency is expected to deliver its opinion by autumn 2017. The "technical extension" means the commission has dropped the proposal for a longer term re-approval. The failure to agree on this today means the future for glyphosate is uncertain. The European Commission could try to force the proposal through an "appeals committee."

The Superbug Doctors Have Been Dreading Is Now in the U.S.