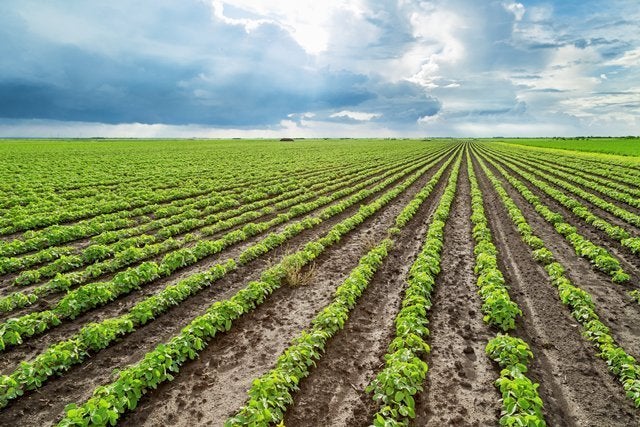 Member states of the European Union voted in favor of a European Commission proposal that limits the use of glyphosate during the herbicide’s 18-month extension granted by the commission last month.

The conditions will apply for the duration of the extension until the European Chemicals Agency issues an opinion on the product’s safety.

“Member states will now need to adjust their national legislation to make sure that pesticides containing glyphosate do not contain POE-tallowamine,” according to Euractiv.com.

Tallowamine, which aids the effectiveness of glyphosate, was once found in Monsanto’s Roundup herbicide. The inert ingredient was found to be “more deadly to human embryonic, placental and umbilical cord cells than [glyphosate] itself,” Scientific American reported in 2009, citing a French study.

“This clearly confirms that the [inert ingredients] in Roundup formulations are not inert,” the study authors from France’s University of Caen wrote. “Moreover, the proprietary mixtures available on the market could cause cell damage and even death [at the] residual levels” found on crops such as soybeans, alfalfa and corn, or on lawns and gardens sprayed with Roundup.”

The EU’s 28-member bloc has been deeply divided over glyphosate ever since the World Health Organization’s International Agency for Research on Cancer (IARC) classified the compound as a probable carcinogen in March 2015.

Two other regulatory agencies, however, have reached contradictory conclusions. The European Food Safety Authority (EFSA) declared glyphosate as safe in November and the United Nation’s Food and Agriculture Organization and a different regulatory body from the World Health Organization issued a joint report in May concluding that the ingredient is “unlikely to pose a carcinogenic risk to humans from exposure through the diet.”

However, the EFSA made a very important admission in its report. Unlike the IARC, the Italy-based EFSA examined glyphosate alone, not glyphosate formulations. The adverse health effects of the herbicide, therefore, could be related to reactions with “other constituents or ‘co-formulants,'” the report said.

Germany and France have previously restricted glyphosate and tallowamine formulations within their borders. This past April, France banned glyphosate mixed with tallowamine. The country’s health and environmental government agency (ANES) said that “the co-formulants found in glyphosate preparations, tallowamine in particular, [raised] concerns.”

Monsanto confirmed to Reuters that since they have shifted away from tallowamine the affect of the French ban would be “minimal,” adding that the debate over glyphosate in Europe is “political.” The agritech giant has long maintained the safety of their flagship product, which is also the world’s most popular herbicide. The company also defended tallowamine-based products in that they “do not pose an imminent risk for human health when used according to instructions.”

The bitter fight over glyphosate highlights the pesticide’s uncertain fate in Europe. The commission initially proposed to relicense glyphosate for another 15 years ahead of its June 30 expiration, but after failing to secure majority approval from the member states after three votes in a row, the EU executive body was forced to give glyphosate a last-minute 18-month extension.

Monsanto could be hit big by an EU-wide ban on glyphosate. “The elimination of glyphosate sales in France by itself should not have a material effect on Monsanto, maybe $20 million of earnings impact. If it spreads to the rest of Europe the impact would be greater though, as Europe is a premium market; could lead to up to $100 million of earnings impact,” Bernstein analyst Jonas Oxgaard told Reuters via email in April.

Opponents of glyphosate have applauded the EU’s latest vote. “Despite the restrictions on use not being enforceable in law, Sustainable Pulse has been in contact with many of the Environment Ministries in Europe and we have been assured that serious measures will be taken in France, Bulgaria, the Netherlands, Slovenia, Malta, Spain, Portugal, Germany, Italy and most likely in a number of other countries,” Sustainable Pulse director Henry Rowlands said. “This is a huge step in the right direction and most European citizens now look forward to a full ban on the use of glyphosate herbicides in the near future.”

Last week, Dr. Kurt Straif, a section head with the IARC, appeared in an interview with euronews defending the agency’s assessment that glyphosate probably causes cancer in humans.

“Our evaluation was a review of all the published scientific literature on glyphosate and this was done by the world’s best experts on the topic that in addition don’t have any conflicts of interest that could bias their assessment,” Straif said.

“They concluded that, yes, glyphosate is probably carcinogenic to humans based on three strings of evidence, that is clear evidence of cancer in experimental animals, limited evidence for cancer for humans from real-world exposures, of exposed farmers, and also strong evidence that it can damage the genes from any kind of other toxicological studies.”