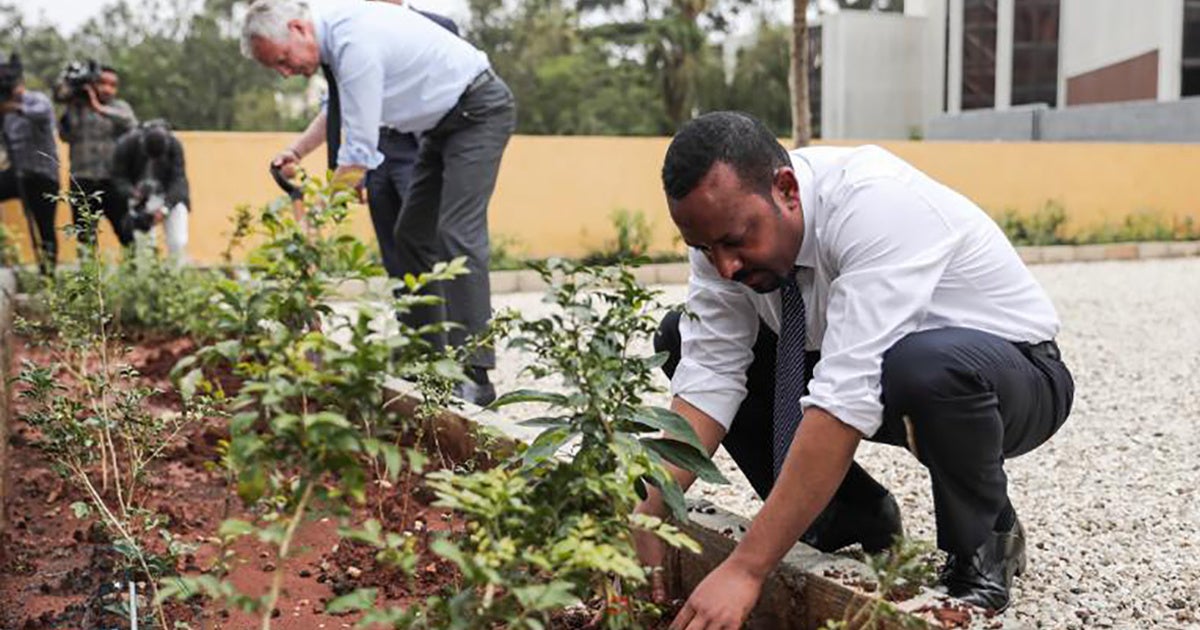 About 353 million trees were planted in a single day in Ethiopia on Monday, setting a new world record for seedling plantings, as CNN reported.

The record-setting day is part of a wider “green legacy” initiative started by Prime Minister Abiy Ahmed’s office. The campaign wants every Ethiopian to plant 40 seedlings during the rainy season, which runs from May to October. In the end, the country will have 4 billion indigenous trees to help mitigate the effects of the global climate crisis.

Ethiopia is particularly vulnerable to extreme weather and has suffered from recurrent droughts and deforestation. According the UN figures, Ethiopia’s forest coverage dropped from 35 percent a century ago to just 4 percent in the 2000s, as the Guardian reported.

While 80 percent of Ethiopia’s population depends on agriculture for their livelihood, extensive farming has increased Ethiopia’s vulnerability to land degradation, soil erosion and flooding, according to CNN.

Bekele Benti, a bus driver in Ethiopia’s capital Addis Ababa who has witnessed the effects of deforestation, participated in the tree plantings.

“As a bus driver, with frequent trips across the country, I have witnessed the extent of deforestation in different parts of Ethiopia,” Benti told Xinhua. “It’s really frustrating to see forest-covered areas turned to be bare lands within a few years.”

The Green Legacy project “is an ambitious undertaking to become a green society by planting various types of eco-friendly seedling to combat environmental degradation and, a national platform that will be used for various societal green activities,” according to the prime minister’s official website.

The initial plan for Monday was to plant 200 million trees, which would shatter the record for a single day planting, set in India in 2017 when 1.5 million volunteers planted 66 million trees. To facilitate the planting, many government offices were closed and civil servants were given the day off to take part in the planting, as CNN reported.

After the 12-hour period ended, the Prime Minister posted to Twitter that Ethiopia had far exceeded its goal. A total of 353,633,660 tree seedlings had been planted, the country’s minster for innovation and technology, Getahun Mekuria, tweeted, as CNN reported.

Abiy took part in the planting, making appearances that included stops in Addis Ababa, Arba Minch and Wolaita Sodo. More than 400 staff from the United Nations planted trees, along with staff from the African Union, and various foreign embassies in Ethiopia, according to the BBC.

Ethiopian Airlines was one of several corporate entities to join the effort. “Environmental sustainability is one of our corporate philosophies,” said the airline, which shared pictures of its executives planting trees near airplanes, according to the Africa Times.

The move to plant so many trees comes in the wake of a recent study that planting 500 billion trees could remove one-fourth of the carbon in the atmosphere, as EcoWatch reported.