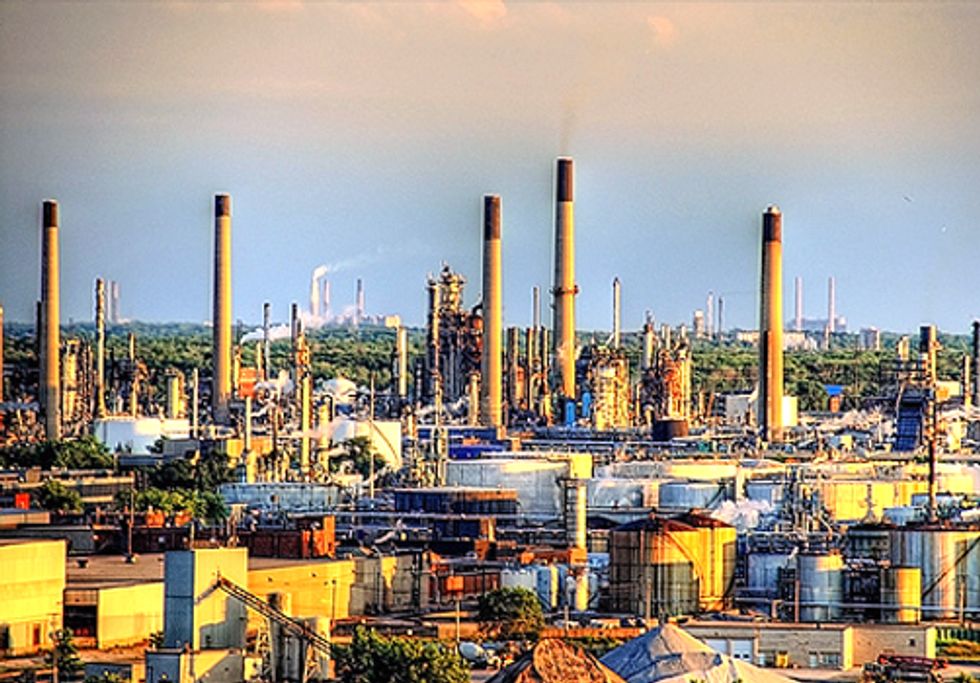 [Editor's note: It was with great pleasure that I spoke with Duane Nichols from FrackCheckWV. I have been receiving emails from FrackCheckWV.net for several months and always find their information extremely informative and well written. In wanting to make sure our readers are receiving this great information, EcoWatch.org will be highlighting many of their posts on EcoWatch's Fracking Page.]

A recent article by Sheena Martin for ICIS News reports that the lack of infrastructure for Shell’s proposed western Pennsylvania cracker provides an opportunity for NOVA Chemicals to expand its Corunna ethylene facility and displace Shell’s ethane supply. “If I were NOVA Chemicals,  I would not want Shell in my backyard,” said Peter Fasullo of consulting company En*Vantage, on the sidelines of the Gas Processors Association annual meeting in New Orleans in mid-April of this year.

According to Peter Voser, the Shell Chemicals CEO, Shell could have a cracker completed by 2017 if it began construction in 2014. There are no ethane cracker plants in the Marcellus region at the present time although Aither Chemicals, an upstart company touting an untried catalytic cracking approach is promoting a plant near Charleston, WV.  Surplus ethane from the so called “wet natural gas” of western Pennsylvania and northern West Virginia is too valuable to burn because it can be cracked into ethylene for the manufacture of polyethylene and other products.

Fasullo said NOVA would have a more reliable destination for ethane if it expanded its Corunna cracker capacities near Sarnia, Canada. The expansion would require less money and less time than Shell’s project. A major expansion at Corunna could be completed years before Shell completes construction of a world-scale facility.

NOVA’s Corunna cracker in Sarnia already plans to use ethane from the Marcellus shale basin. An existing Sunoco pipeline from the western Pennsylvania to Sarnia will transport 40,000 bbl/day of ethane to NOVA’s cracker, and an additional 10,000 bbl/day to the region for other plants.

In addition, NOVA will upgrade the feedstock capability at the cracker by the end of 2013 to 100 percent of natural gas liquid (NGL) feeds, company CEO Randy Woelfel said. Also, Imperial Oil has a refinery and petrochemical complex in Sarnia. The complex produces a wide range of products, including polyethylene, solvents, olefins and aromatics, the company said.

If Shell’s proposed plant were to shut down for maintenance or an unscheduled outage, the company would be forced to reject ethane because it could not sell to another chemical complex and had no ethane storage in the region, said Fasullo. Accordingly, producers are more cautious to make supply commitments to a possible ethylene plant in the Marcellus region.