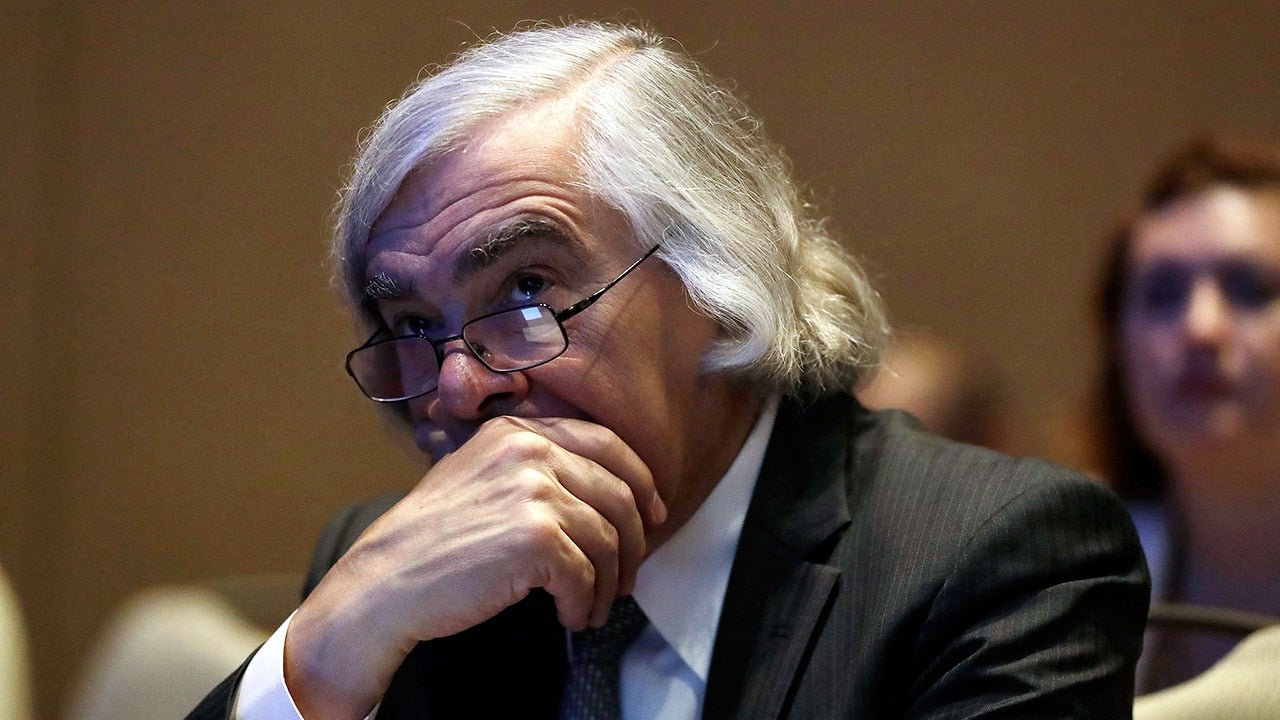 Amid reports that oil industry-friendly former Energy Secretary Ernest Moniz remains under consideration to return to his old post in the incoming Biden administration, a diverse coalition of environmental groups is mobilizing for an “all-out push” to keep Moniz away from the White House and demand a cabinet willing to boldly confront the corporations responsible for the climate emergency.

On Tuesday night, climate campaigners projected onto the primary Department of Energy building messages urging President-elect Joe Biden to say “yes to a sustainable future” and no to Moniz, who currently serves on the board of the polluting utility giant Southern Company.

Following the demonstration, the coalition on Wednesday morning debuted NoMoniz.org, a website that warns the policies of Obama’s former energy secretary “might be good for his friends in the coal, oil, and gas industries, but they’re a death sentence for us and our planet.”

“It’s unacceptable that Ernest Moniz is being considered for a role in the Biden administration — his policies, his financial ties to fossil fuel companies, his contempt for youth climate activists, and his overall unwillingness to do what it takes to protect our future should disqualify him immediately,” reads the site, which was launched by Oil Change U.S., Greenpeace USA, Sunrise Movement, the Climate Justice Alliance, Center for Biological Diversity, Friends of the Earth U.S., and dozens of other groups.

It is absolutely imperative that @JoeBiden keep @ErnestMoniz out of his cabinet, and any of his protégée like Liz Sherwood-Randall.

There are qualified, exciting people who could lead DOE and help us #BuildBackBetter — like Arun Majumdar or @JayInslee. https://t.co/hZn4cyVpK0

Previously an adviser to major companies such as BP and General Electric, Moniz’s tenure as head of Obama’s energy department as well as his public statements since leaving office make clear that he is opposed to the kind of sweeping climate action that environmentalists and scientists say is necessary to avert planetary catastrophe.

Speaking to the U.S. Chamber of Commerce last year, Moniz endorsed what he dubbed a “Green Real Deal” that would welcome a “broad coalition” of supporters — including the fossil fuel industry. In an interview months earlier, Moniz — a proponent of natural gas as a bridge to a clean energy future — denounced what he described as “often completely unrealistic proposals for the pace at which we can decarbonize.”

“With his deep ties to the fossil fuel industry and promotion of false solutions like carbon capture and sequestration, Ernest Moniz is not a forward-thinking choice for the cabinet,” Anthony Rogers-Wright, policy coordinator for the Climate Justice Alliance, said in a statement Wednesday. “The Department of Energy must be led by someone open to concrete ideas for a fossil-free future, not continued dominance by a corrupt, heavily-subsidized industry whose existence hinges on maintaining an antiquated all-of-the-above strategy.”

“We need a true climate leader who understands that we must phase out fossil fuels, not a corporate shill with ‘all of the above energy’ policies who wants to prop up fracked gas and pipelines,” said Redman. “The American people have given Joe Biden a mandate to take bold action in service of climate justice, public health, economic prosperity, and racial equity. Moniz would only be holding him back.”