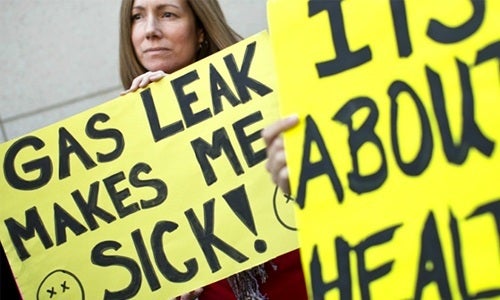 Since October, residents of Porter Ranch, California, have been exposed to dangerous contaminants from a massive natural gas leak that continues to seep into the air, causing a catastrophe the scale of which has not been seen since the 2010 BP oil spill.

After only a week of visiting families in Porter Ranch, I am already experiencing the headaches, nausea and congestion that have plagued this community living at the center of one of the most significant environmental disasters in recent history. 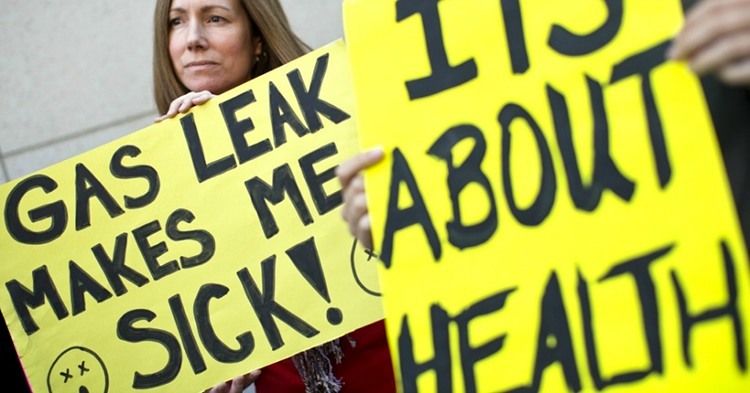 Southern California Gas Co. or SoCalGas, has essentially ignored the impact to victims and its actions have instead added to their suffering. The company has refused to release air quality data that could be used to protect its residents, it has made relocation very difficult and it has forged ahead with plans to expand its facility before the leak has even been contained.

The enormity of the Aliso Canyon gas leak cannot be overstated. Gas is escaping through a ruptured pipe more than 8,000 feet underground and it shows no sign of stopping. As the pressure from weight on top of the pipe causes the gas to diffuse, it only continues to dissipate across a wider and wider area. According to tests conducted in November by the California Air Resources Board, the leak is spewing 50,000 kilograms of gas per hour—the equivalent to the strength of a volcanic eruption.

At this rate, in just one month, the leak will have accounted for one-quarter of the total estimated methane emissions in the state of California. 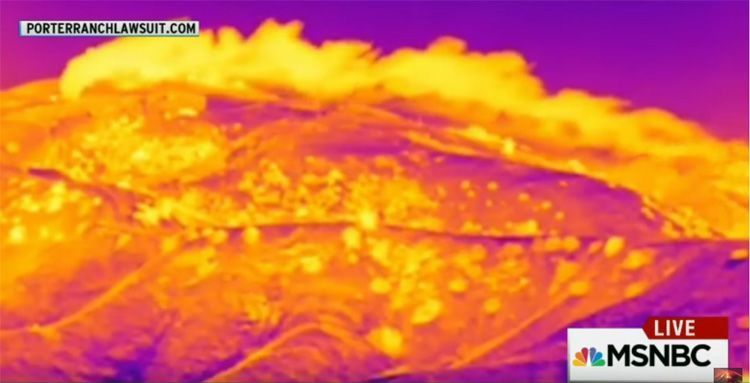 So it is no surprise that residents here feel sick. While I can escape to my home to recover from my symptoms, this community wakes up to conditions that cause vomiting, nosebleeds and serious respiratory issues daily. And no one really knows the potential long-term side effects of benzene and radon, the carcinogens that are commonly found in natural gas.

This dangerous environment is why the Los Angeles Unified School District unanimously voted last week to close two Porter Ranch schools and relocate their nearly 1,900 students and staff to protect their safety.

SoCalGas’ response to this disaster is almost as alarming as the impact on the community.

The company has offered some assistance in relocating residents in the affected area, but those efforts are woefully inadequate. People have been told they have to wait, they are 300th in line and that they will not be able to relocate before Christmas. Many residents simply cannot afford pay for a hotel or apartment while continuing to cover home costs. SoCalGas does not even know exactly how long it will take to fix the leak, but the company’s CEO has said it will be at least another three to four months. Curiously, despite this admission, SoCalGas is only offering three months of relocation to those fortunate enough to receive a return call.

The company has also refused to release the data from air quality monitoring it has conducted in the community, despite numerous requests from the public. The company is withholding vital information about the exact composition of the air—information that is critical for the thousands of residents who want to understand why they are so sick. That is why I have been out in the community distributing canisters that we hope will provide an independent verification of the toxicity in the air.

And while Porter Ranch continues to suffer, SoCalGas is moving ahead with a project to expand the Aliso Canyon facility, even though the company still has no idea how the gas leak there started and is unsure of how to fix it. The company hasn’t even established any risk management or emergency response plans in the event of another leak.

That is why I am working with the law firm Weitz and Luxenberg to seek justice for Porter Ranch and hold SoCalGas accountable for the physical and emotional damage they have caused and to ensure that something like this never happens again. This community should not have to wait any longer to receive the justice and fair treatment it deserves.

The situation Porter Ranch residents are facing today is unacceptable. It is time for SoCalGas to acknowledge this fact, gather whatever resources are necessary to help every resident now and provide answers about the health impacts to residents who have suffered for too long.