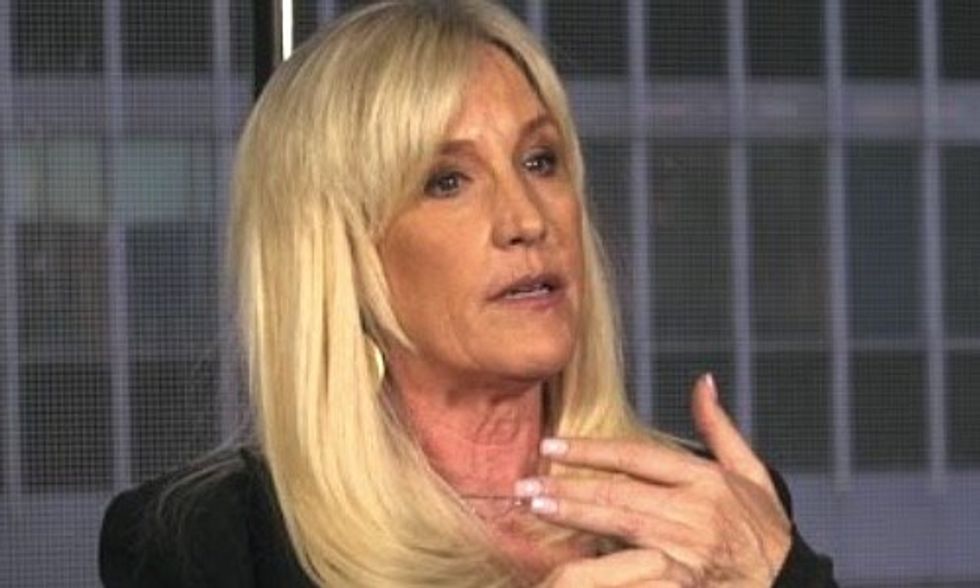 Erin Brockovich has once again spoken out about against the Porter Ranch gas leak. Since the environmental calamity was first detected on Oct. 23, the Aliso Canyon natural gas storage facility has spewed more than 93,000 metric tons of methane, a potent greenhouse gas, into the atmosphere.

"The Porter Ranch situation is the BP oil spill on land," Brockovich told Rolling Stone, referring to the 2010 explosion of BP’s Deepwater Horizon offshore drilling rig that caused the largest ever oil spill in U.S. waters.

Brockovich made her name 20 years ago when she, as a legal clerk, helped the town of Hinkley, California score a historic $333 million settlement from Pacific Gas and Electric Company over groundwater contamination. Her story became the subject and namesake of a 2000 movie starring Julia Roberts—Erin Brockovich.

The prominent environmental activist is now working with the law firm Weitz and Luxenberg to assist Porter Ranch residents affected by gas leak.

Brockovich, who lives 30 minutes from Porter Ranch, told the magazine that she felt "woozy" from the emissions herself as she and her legal team interviewed prospective plaintiffs. An odorant in the leak has spurred countless complaints about headaches, nausea, nosebleeds and other symptoms.

Southern California Gas Co. (SoCalGas), which operates and maintains the Aliso Canyon facility, has assisted the relocation of more than 4,000 Porter Ranch residents as the company tries to stop the leak.

"We're all taught in Kindergarten, if you smell gas, you run, right? But [residents] were being told it can't hurt you," Brockovich said. "People are frustrated ... You have families coming from big homes, and they're being put in one-room hotels. People are coming home finding out that their animals have passed."

In her interview with Rolling Stone, Brockovich emphasized that nearby neighborhoods have also felt the effects of the noxious blowout.

One again @tessastuart and @RollingStone are telling the story that needs to be told https://t.co/kr2LigxLYi #PorterRanchGasLeak
— erin brockovich (@erin brockovich)1454533356.0

In a December blog post, Brockovich called the leak "one of the most significant environmental disasters in recent history."

Or, as the Rolling Stone noted, "the leak is so immense that even if the gas company wanted to—or if the state of California ordered it to, as Gov. Jerry Brown appears poised to do—it would not be able to buy enough carbon credits to offset the damage. A leading certifier of carbon offsets told the paper that not enough credits exist."

After the Rolling Stone article was published, Brockovich wrote on her Facebook page that the environmental consequences of the leak was one of the "most important points" in the story:

I think one of the most important points in this timely news story is the fact that ... because of Southern California Gas Company's greedy and despicable behavior, the State of California has destroyed the carbon offsets program forever ... so all of the hard work and efforts of all America's trying to do the right thing for the environment ... has been undone by the single selfish act of this Corporation. They have stolen the air resources that belong to each of us ... and the world.

The leak is so immense that even if the gas company wanted to—or if the state of California ordered it to, as Governor Jerry Brown appears poised to do—it would not be able to buy enough carbon credits to offset the damage. A leading certifier of carbon offsets told the paper that not enough credits exist.

The utility is also facing its first wrongful death lawsuit from the family of 79-year-old Zelda Rothman. The complaint alleges that the leaking gas infiltrated Rothman’s home and surroundings, exacerbating her fragile health. Rothman, who had already been suffering from lung cancer, died on Jan. 25.

In all, nearly two dozen lawsuits have been filed seeking damages from the utility and its parent firm, Sempra Energy, since the leak was first reported nearly three months ago.

Brockovich told Rolling Stone in an email that she's pleased to hear that local, county and state charges had been filed against the company. "It is high time SoCalGas is held responsible for its actions," she wrote.

Meanwhile, Wade Crowfoot, a senior advisor to Gov. Jerry Brown, said on Thursday during a public meeting at Cal State Northridge that the leak could be capped next week, the Associated Press reported.

He added that if all goes according to plan, it should take contractors about five days to permanently seal the well.

However, Kristine Lloyd, a spokeswoman for the utility, told the Los Angeles Times, "while we cannot confirm how long the process will take, we are working to do this as safely and expeditiously as possible."