Epic Drought Blamed for Ban on Fireworks in Bone-Dry States 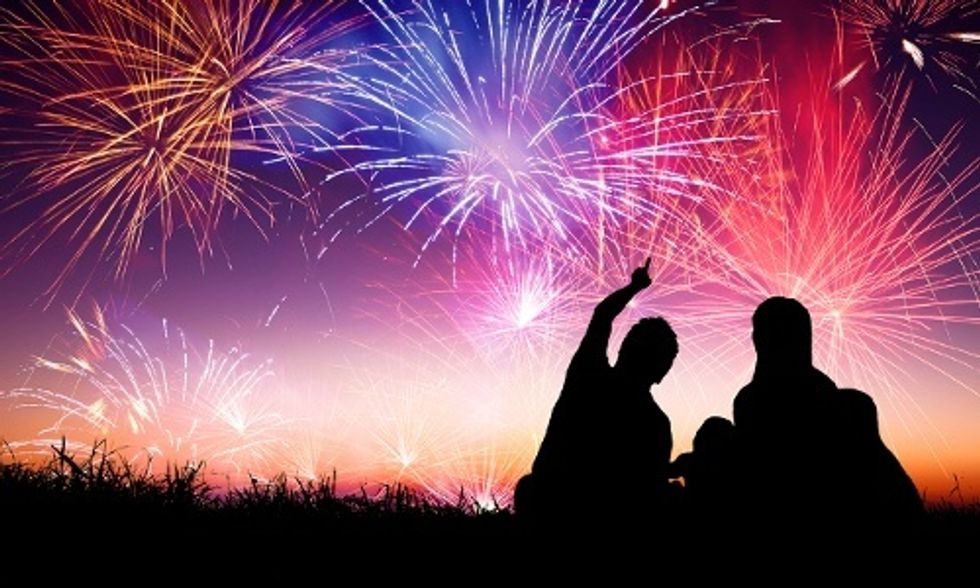 Gathering in a local park with neighbors to watch city-sponsored fireworks or shooting off (sometimes illegal) fireworks in the backyard have become a time-honored way of celebrating the 4th.

But thanks to the ongoing drought, some communities on the west coast have eliminated their city-sponsored fireworks displays while many more have clamped down on personal fireworks. And fire departments across the country are on high alert over concern that illegal fireworks could fuel brush fires that turn into major wildfires, even as more states lift bans on the sales of fireworks to private individuals, including, most recently, Georgia and Ohio.

With an earlier than usual wildfire season already giving firefighters an extra workload, communities in California, Oregon, Washington and Alaska have nixed these civil displays of patriotism.

With Alaska currently ravaged by drought-fueled wildfires, the state's largest city, Anchorage, has cancelled its fireworks even though the state fire marshall's statewide ban on fireworks sales has been lifted following cooler weather and rains.

Cupertino, California, outside San Jose in the Bay area, will also go dark this year. With many cities in that area cutting their displays following the 2008 recession, Cupertino was one of the few still hosting such a show. Its reason for cancellation was drought-related but not wildfire-related: it's trying to conserve water. The high school, where the fireworks take place, switched to artificial turf 10 years ago to save water. But 100,000 gallons of water is needed to spray on the turf to prevent falling ashes from turning the turf into a pile of burning plastic.

City spokesman Rick Kitson said if the field was still real grass, the fireworks probably would have gone on.

"Because we’ve done the right thing, the total use of water becomes more conspicuous,” said Kitson. “You’ve got to hose down the plastic before and a lot afterward.”

Elsewhere in California, Kern County has banned displays in public parks and Danville has banned all fireworks, including those childhood staples of the 4th, sparklers.

"With the drought leaving the hills and yards in Danville extremely dry, it could potentially be very dangerous to be out and using fireworks this week," said Lt. Allan Shields of the Danville Police Department. "In Contra Costa County alone, firefighters respond to several fires per year, directly attributable to fireworks."

Los Angeles and San Francisco will still host displays. Bass Lake at the entrance to Yosemite National Park will be doing a laser light show in place of its usual fireworks display.

"There is no replacement for the fireworks show," said Michelle Miller, secretary of the Bass Lake Chamber. "But we believe the laser light show will be a fun and unique alternative, and a great option considering the current fire risks."

Washington Gov. Jay Inslee said the law doesn't allow a statewide fireworks ban. Such a ban is not on the list of things the governor can prohibit after declaring a state of emergency, as Inslee did last month due to wildfire danger, although many communities have banned personal fireworks. Some cities, including Seattle, will still sponsor civic shows. But in the small rural timber community of Forks, the official display was cancelled due to unusually dry conditions.

Portland, Oregon's fire chief Erin Janssen issued a burn ban a week before the holiday that included legal fireworks due to hot, windy weather conditions, but lifted the ban the following day.

"I suggest to show our patriotism, fly U.S. flags, not fireworks," said Janssens.

"I encourage Oregonians to be aware and considerate of our state's natural beauty, neighbors and pets before deciding on when and where you choose to light fireworks," said Gov. Brown.

About 18,000 fires a year are reported to have been started by fireworks, with a majority of those occurring during the 4th of July holiday. And while most of those are small and quickly extinguished, cities and firefighters fear drought conditions could cause more of them to spread.

"Fireworks are not only dangerous, but of course due to their very nature can spark fires from dying embers reaching the dried-out vegetation," said AccuWeather Western weather expert Ken Clark. "This is heightened during periods of droughts, especially in the historic drought California is now in."