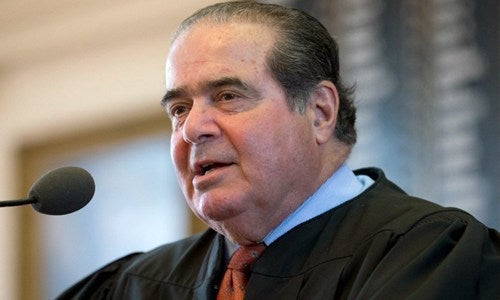 Though first stopping to offer family and friends condolences after news broke on Saturday that U.S. Supreme Court Justice Antonin Scalia had unexpectedly passed away, the political world in the U.S. wasted no time in drawing the battle lines over the key who and when questions regarding the successor to the empty seat. 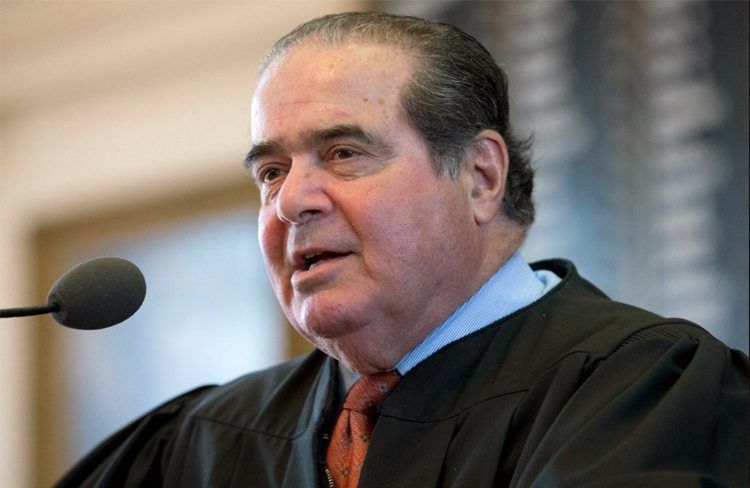 Within hours of the news of Scalia’s death, high-profile Republicans—including Senate Majority Leader Mitch McConnell and leading contenders for the GOP presidential nomination—all issued statements arguing that it should be the next president, not President Obama, who should appoint the next Justice.

“The American people‎ should have a voice in the selection of their next Supreme Court Justice,” said Sen. McConnell in a statement on Saturday. “Therefore, this vacancy should not be filled until we have a new President.”

As the Huffington Post reports, it was just “mere minutes after the Scalia news broke” when “Conn Carroll, a spokesman for Sen. Mike Lee (R-Utah), who sits on the Judiciary Committee—through which any Supreme Court nominee must go—placed the chances of a replacement at nil.”

According to a tweet sent by Carroll: “What is less than zero? The chances of Obama successfully appointing a Supreme Court Justice to replace Scalia?”

When he heard to the news, presidential canidate Sen. Ted Cruz tweeted: “Justice Scalia was an American hero. We owe it to him, & the Nation, for the Senate to ensure that the next President names his replacement.”

Leading Senate Democrats, of course, also weighed in. Sen. Patrick Leahy (D-Vt.), ranking member of the judiciary committee, rejected Republican arguments by stating, “I hope that no one will use this sad news to suggest that the President or the Senate should not perform its constitutional duty.”

During Saturday night’s Republican presidential debate in South Carolina, hosted by ABC News, Scalia’s death and what it means for the future makeup of the court dominated the early rounds. Most agreed with the idea that Republicans in the Senate should do everything possible to make sure Obama not be able to push through his chosen nominee.

Obama himself, however, also appeared live from the White House on Saturday. He expressed his condolences to Scalia’s family but also let it be known that he had no intention of abdicating his responsibility to make the appointment, saying he would make one “in due time” and that he expects Congress to give his ultimate nominee a “fair hearing and a timely vote.”

The responsibility to make such appointments, he said, was “something I take seriously, as should everyone. They’re bigger than any one party. They’re about our democracy.”

If the Republicans block the nomination without properly considering it, which also seems likely, a huge political row will ensue, enveloping the Presidential race. (In fact, it has already done that, as the Republican debate proved.) Come summer and fall, the Democratic candidate, be it Hillary Clinton or Bernie Sanders, will be able to go the country and appeal for support in preventing the Republicans from humiliating President Obama and making a mockery of democracy.

In remarks on Saturday night given at a fundraiser for the Colorado Democratic Party in Denver, both Democratic presidential candidates rejected the idea of Republican obstructionism.

“It appears that some of my Republican colleagues in the Senate have a very interesting view of our Constitution of the United States,” said Bernie Sanders. “Apparently, they believe that the Constitution does not allow a Democratic president to bring forth a nominee to replace Justice Scalia. I strongly disagree with that.”

Sanders continued, “I very much hope that President Obama will bring forth a strong nominee and that we can get that nominee confirmed as soon as possible. The Supreme Court of the United States has nine members, not eight. We need that ninth member.”

Hillary Clinton offered similar sentiments. “It is outrageous that Republicans in the Senate and on the campaign trail have already pledged to block any replacement that President Obama nominates,” Clinton declared. “Barack Obama is the president of the United States until Jan. 20, 2017. That is a fact, my friends, whether Republicans like it or not.”