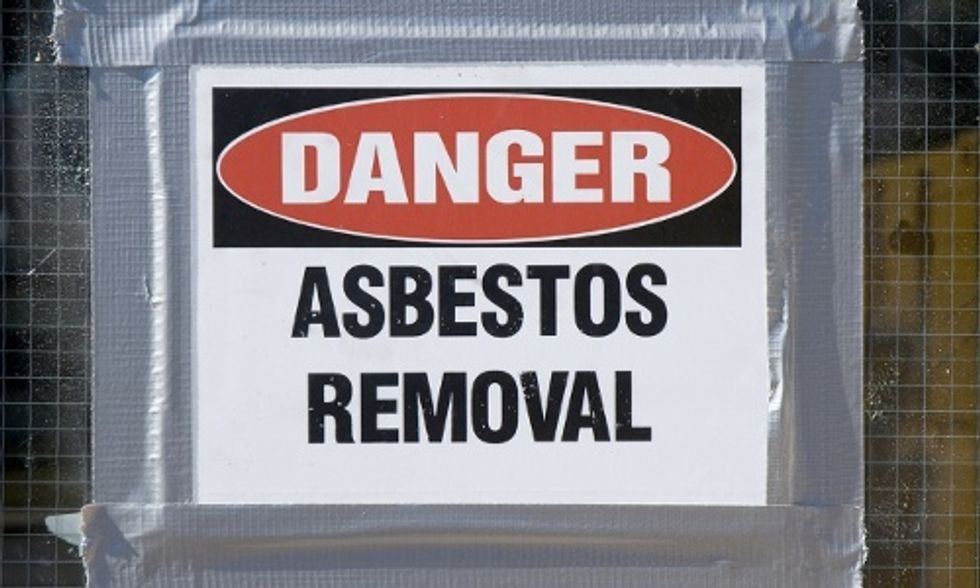 Once upon a time, asbestos, with its superior heat- and fire-resistant properties, was routinely used in building construction. But that was before awareness grew over the last 100 years about its connection to lung disease and several types of cancer, which can be triggered by only brief exposure to the material. Asbestos-laden materials fell from favor, as litigation ballooned into the costliest mass litigation in U.S. history and companies manufacturing asbestos productions went bankrupt in the wake of the lawsuits.

Asbestos has now been banned in many countries, but not in the U.S. Although its use is less common now, asbestos still presents a danger, especially when the demolition of older buildings releases asbestos fibers into the air. According to the Environmental Working Group's Action Fund, asbestos still kills 12,000-15,000 people annually in the U.S.

Now the Office of the Inspector General of U.S. Environmental Protection Agency (EPA) released a report on Tuesday headlined "EPA Should Update Guidance to Address the Release of Potentially Harmful Quantities of Asbestos That Can Occur Under EPA’s Asbestos Demolition Standard." It says bluntly that the agency's guidelines for demolishing crumbling old buildings are woefully out of date and need to be revamped to protect public health and safety.

The EPA's Alternative Asbestos Control Method (AACM), established in 1973 as part of the National Emission Standards for Hazardous Air Pollutants (NESHAP), allows demolition without removal of asbestos, requiring only that the asbestos-containing materials were well-soaked to prevent the fibers from becoming airborne during the demolition process. That, of course, creates runoff.

The report made a number of recommendations including an evaluation of the potential health risk of asbestos fibers in untreated wastewater from demolitions; issuing a technical report available to the public; implementing timely actions based on the report and conducting regulatory reviews; and communicating with other EPA offices to discuss and share information.

However, the report notes that the EPA's acting assistant administrator for air and radiation disagreed with the conclusions, saying that the AACM tests were not equivalent to NESHAP demolitions. It goes on to say, "However, the agency agreed that its guidance in the area reviewed was 'dated and disparate' and proposed alternative corrective actions, which we accept. The actions include assembling a team of experienced asbestos experts to advise and assist the Office of Air and Radiation in producing an updated, consolidated guidance document which has practical application to the regulated community."

Despite the disagreement about the testing process, the report clearly points to the need for stronger action on protecting workers and the public from the dangers of asbestos in the environment.

"The inspector general’s report clearly shows that the EPA needs to revamp its guidance and regulations for how asbestos is handled for buildings that are near collapse," said Alex Formuzis of the Environmental Working Group's Asbestos Nation campaign. "We’ve known about the dangers of asbestos for decades, and many people mistakenly think it’s been banned. But Americans continue to be put in harm’s way from exposure to this deadly substance that is responsible for 12,000 to 15,000 deaths each year in the U.S. No other legal chemical is responsible for more deaths a year."

What You Need to Know About Toxic Chemicals in Your Furniture