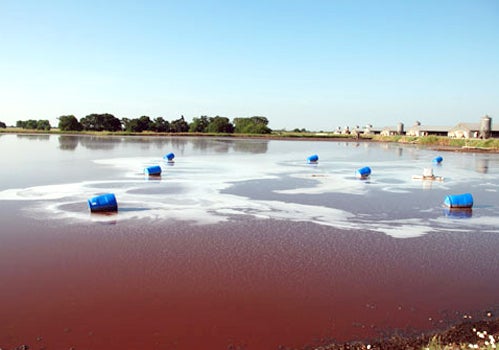 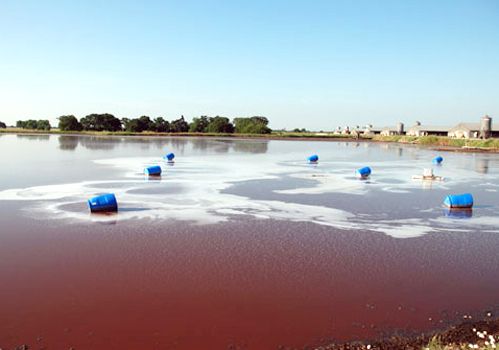 Manure Lagoon at a swine CAFO.

The U.S. Environmental Protection Agency (EPA) has announced that it is withdrawing a proposed Clean Water Act regulation that would have required concentrated animal feeding operations (CAFOs) to report basic information to EPA. The information is necessary to ensure that CAFOs properly handle their waste to avoid water pollution.

When Congress enacted the Clean Water Act in 1972, it specifically included CAFOs as point sources of pollution subject to regulation under the Act. Despite that fact, in a 2008 report the U.S. Government Accountability Office concluded that no federal agency, including the EPA, had consistent, reliable data on CAFOs. The report noted that EPA did not even have accurate information on the number of permitted CAFOs nationwide.

EPA proposed the reporting regulation as part of settlement with environmental plaintiffs in the lawsuit National Pork Producers Council v. EPA. The agency is authorized to collect the information under Section 308 of the Clean Water Act.

Environmental groups fought for the reporting regulation rule because the very weak 2008 CAFO permit rule does not require all CAFOs to obtain a Clean Water Act permit. In addition, the CAFO permit rule has large gaps that leave tons of CAFO manure and other waste unregulated. The biggest of many flaws is that waste applied on land that is not under the control of the CAFO operator is not subject to the permit’s nutrient management plan. In addition, EPA omitted from the permit controls over land application of heavy metals, antibiotics, pathogens, growth hormones and other substances commonly found in CAFO waste.

EPA’s proposed regulation was already very weak, with EPA proposing to require CAFOs to submit information on only 5 out of 14 items addressed in the settlement, including:

EPA proposed to omit the following information request by the environmental plaintiffs:

In addition, EPA wanted to collect the information only in “focus watersheds” which are already known to have water quality degraded by CAFO pollution. This approach would ignore watersheds where sources of pollution were not known and watersheds where inadequate CAFO waste handling could cause future impairments.

In this week’s notice that EPA was withdrawing the reporting rule altogether, the agency concluded that it could rely on information on CAFOs from the states and other sources. This conclusion, however, is belied by numerous reports and statements from EPA regions and state regulators.

For example, this month EPA Region 7 released a report on a preliminary investigation of the Clean Water Act permit program in Iowa that severely criticized the state program. EPA prepared the report in response to a petition submitted by the Iowa Citizens for Community Improvement, the Sierra Club and the Environmental Integrity Program asking that EPA withdraw the authority granted to the state because of Iowa’s failure to adequately implement and enforce Clean Water Act requirements. The EPA report concluded, among other problems, that Iowa had failed to conduct comprehensive inspections to determine if unpermitted CAFOs required Clean Water Act permits. In addition, EPA found that land application setbacks were not sufficient and were not included in CAFO nutrient management plans.

In Wisconsin, an official with the Wisconsin Department of Natural Resources stated that gathering information such as land application of manure on individual farms and ensuring that it is up to date would be a significant burden to the state. He noted that the state would gladly provide the EPA with the information it has on CAFOs, but does not want to gather additional information. In Indiana, state inspectors inspect once every five years an estimated 1,600 operations. Three inspector positions are vacant. It is clear that these states and others are not doing a sufficient job of overseeing CAFOs.

The CAFO sector’s opposition to the reporting requirement focused on the fact that information gathered by EPA under Section 308 of the Clean Water Act is made available to the public. This public access could give communities and rural residents better information about CAFOs as a source of water pollution, allowing them to take actions to protect water resources under the citizen suit provisions of the Clean Water Act. By declining to use its full powers to gather information from CAFOs, the EPA is putting blinders on itself and denying the public access to critical information about CAFO pollution. This action continues a long, sad history of EPA ducking its clear responsibility to ensure that CAFOs are adequately regulated under the Clean Water Act.